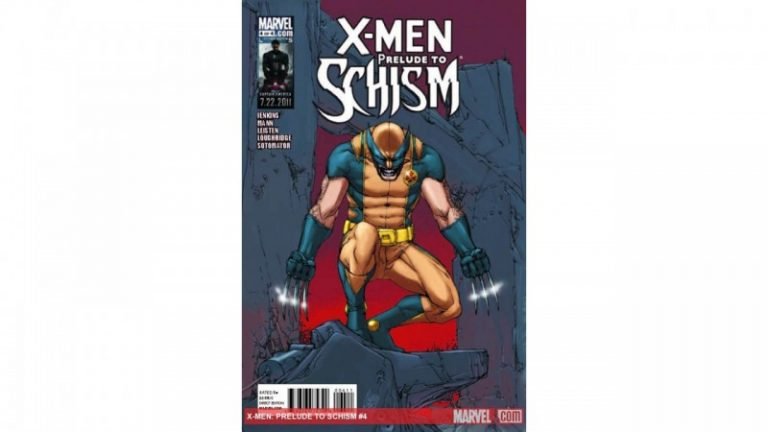 This issue concludes Marvel’s build-up to July’s X-Men: Schism that will split the X-Men into two camps, under Wolverine and Cyclops respectively, and this issue boasts the same highs and lows of the prior three issues.The issue dwells far too much on talking about some mysterious oncoming threat, and after now reading four issues of cryptic, opaque writing about some big threat,

I’m tired of the characters telling me about it without actually showing me.The focus on Wolverine is not as sharp as the focus on Xavier, Magneto and Cyclops has been in the preceding issues.It reads like a haphazard recap of his origin, with one page at the end acting as a direct tie to the actual plot of this mini-series.

The quick summation of Wolverine/Cyclops’ storied history felt very weak, almost like an afterthought, which felt like a mistake considering the crux of the upcoming X-Men: Schism is the breakdown between the two characters, which ultimately splits the X-Men.

Jenkins’ script is clumsy, and Mann’s artwork is just not up to his usual standard and looks quite rushed. I’m glad it’s time for the main event to start, because this prelude mini-series has been uneven and unnecessary, with only a few glimmers of excellence (mostly in the first two issues, sadly).

Jenkins’ script is clumsy, and Mann’s artwork in X-Men: Prelude to Schism 4 is just not up to his usual standard and looks quite rushed.
REVIEW SCORE
5
File Under: