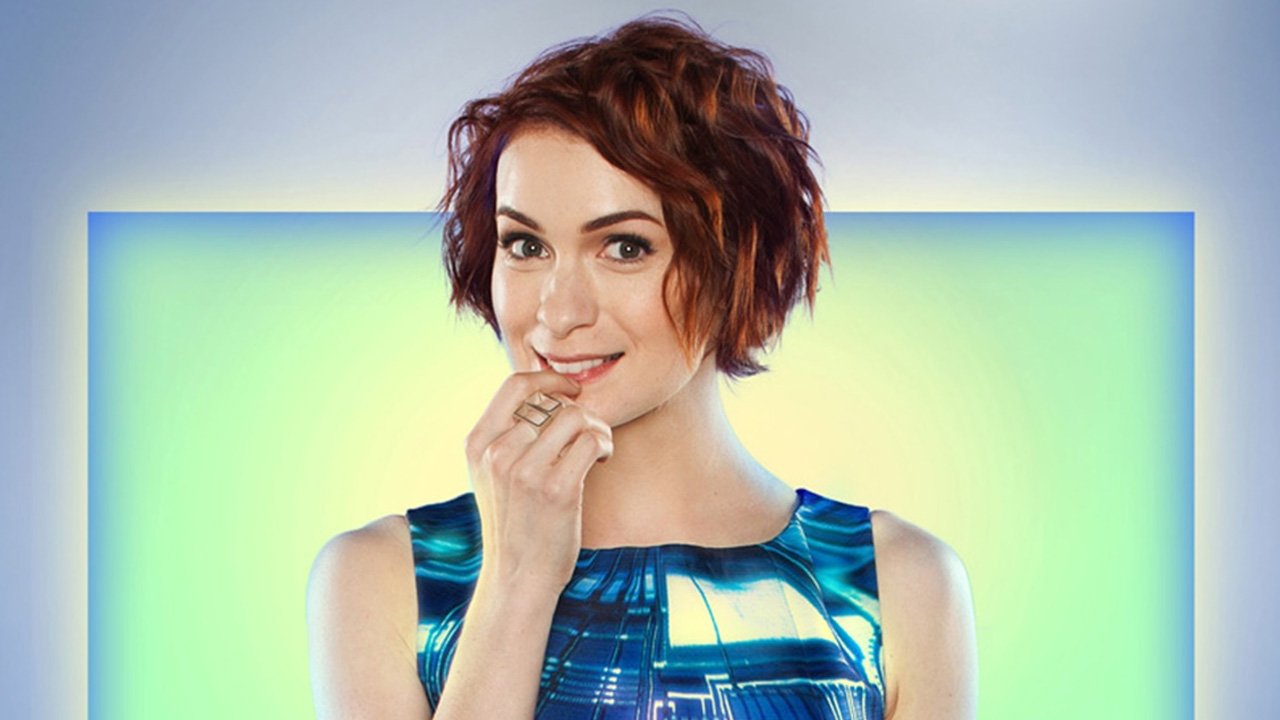 I knew the intern behind me was talking about conducting an interview with Felicia Day. I knew because she couldn’t pronounce Geek and Sundry and because she didn’t know much about Dr. Horrible’s Sing Along Blog. She asked a lot of basic questions for an article based on Day’s new book You’re Never Weird on the Internet (Almost), and I could tell that this 20-year-old journalism student had no idea who she was talking to.

I reference this because a week later, when I cracked open the book myself, the first thing Day admits is being one of those celebrities that nobody knows. And then she spends the rest of her book talking about why she’s sort of okay with it.

Felicia Day occupies a uniquely 21st century vision of celebrity. Despite working in Hollywood for years, she only made a name for herself on the Internet, luckily landing on YouTube just as it started to become a thing. If you are on the Internet, there’s a strong chance you know about Felicia. If you’re over the age of 40 and don’t know that you can access your email on all computers (like my mother), then you wouldn’t recognize her besides maybe from a guest spot in a basic cable primetime slot or from an appearance on @Midnight. She talks about her hobbies and plays tabletop games for a living. Her job wouldn’t have existed 30 years ago. She came along at the right place at the right time.

This isn’t a crack at Day’s contributions to geek pop culture. It’s something that forms the basis of her memoir. You’re Never Weird on the Internet (Almost) is less a story about how Day came to be and more about how sometimes success just happens. She describes her hard-working, eccentric childhood as a homeschooled, dorky violin prodigy and struggles trying to make it in Hollywood in adulthood, but this all acts as filler to the true conceit of the book. Day’s success does stem in part from her determination and cuteness, but more importantly, it comes from her stumbling into a new cult of Internet personality that was starting to emerge in the early years of the 2000s. In a way, she almost became synonymous with the Internet.

The more fascinating parts of Day’s book occur in the second half, as she works on The Guild and the success that follows becoming a geek icon (pity we didn’t get more from the set of Dr. Horrible’s Sing-Along Blog minus a couple of mentions and a foreword from Joss Whedon). She details producer meetings where executives failed to understand gamer lingo, and how her idea was too nerdy to be on regular television. Day describes the frenzied, claustrophobic production of the show’s first season, which took place in her home with the help of friends and others willing to work for very little or nothing at all, how she managed to get the word out about it with tons of guerilla and social media marketing, and how she broke down after the instant success, which culminated in a health scare. Day opens up about her life in an honest and raw manner, the pages packed with self-deprecating humor and accessible language to people who aren’t even familiar with gamer and geek culture.

The stories depicted often end before they seem to begin, with Day trying to pack in so much over a short length that many seemingly important details get edited out. Her career is set to go on for at least a few more years so the memoir seems to end abruptly, but that’s to be expected. What stands out more than stories about herself is the advice and insights she has into our current Internet culture, maintained in part by a group of people picked out by vigorous audiences and the fans that won’t quit. It’s not about Day as a person or as a public figure, but as a face that fronts your favorite videos or writes out one-liners in 140 characters or less on Twitter.

“I don’t think I could have achieved what I did with The Guild if I didn’t have an insane-woman drive, but I made the mistake of transferring my self-worth wholly and completely,” she wrote. “I was so excited I’d found fulfilling work that I BECAME it. Felicia Day WAS The Guild.”

As the book winds down and she writes about being doxxed during Gamergate, an event still so fresh in everyone’s minds, it all comes back around to the Internet. Day, mostly positive throughout the book about what the Internet can do for relationships and for hobbies, breaks down and ruminates solemnly. However, even then she is able to come out on the other side. “I love the idea of breaking the system,” she said. “And the beauty of the Internet is that it gives everyone, especially unrepresented voices, the opportunity to do a little breaking.”

Celebrities like Felicia Day are well-known in relative circles, but not elsewhere, something hilariously exemplified in the first chapter, where Day talks about running into some fans at a Build-A-Bear and how older customers reacted to her job. She has the self-awareness to understand that, in reality, there are few people who know who she is. The 20-year-old intern, just a few years younger than me, couldn’t recall what Dr. Horrible was and neither could many others. But people on the Internet know about Felicia Day. She owes everything about her current career to the Internet and she knows this. And the book is about accepting that and letting others in on some advice on how to navigate our weird world.

You’re Never Weird on the Internet (Almost) is less a story about how Day came to be and more about how sometimes success just happens. 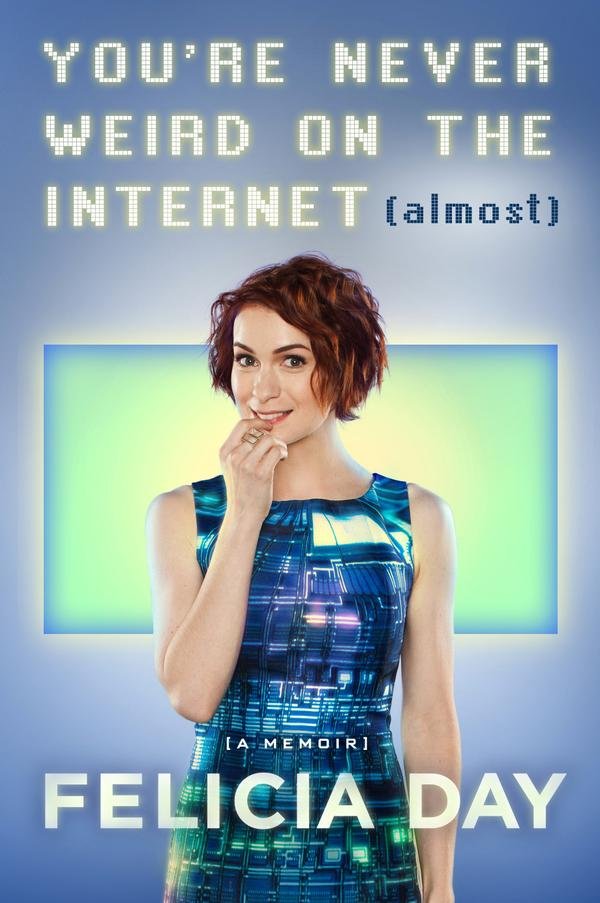