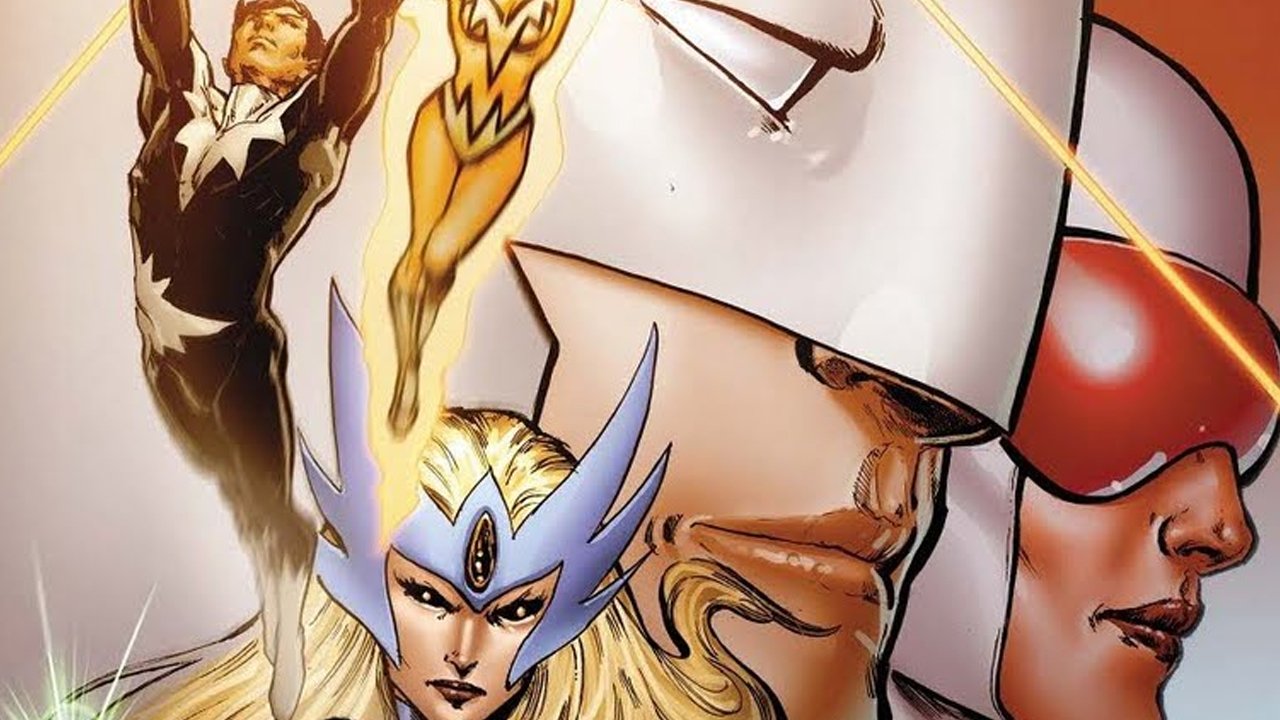 The last book that Marvel published with the name Flight in the title was Omega Flight; a book published shortly after the conclusion of Civil War, and featured a new team forming to protect the people of Canada, as Alpha Flight had perished not long before Civil War had begun.  That book, although entertaining, featured a cast of mostly Americans or aliens, instead of actual Canadian superheroes.  For fans of Alpha Flight, it just wasn’t right, and the limited series didn’t have much impact, with most of the characters in the book soon showing up in other places, far from the team.  With that being said, when a new Alpha Flight book was solicited last year as a mini-series coming out of Fear Itself, I was only excited when I found out that the book would focus on a team comprising the most memorable and classic members of the team.  Although the mini-series had a dramatic history, debuting as a mini-series, getting upgraded to an ongoing, and then demoted back to a mini-series, all within an eight-issue span, it managed to remain a well-written and gorgeously illustrated book, which brought the classic Alpha Flight team back to the forefront, after being sadly absent for far too long.

This series is set firmly in the Marvel Universe, as the initial few issues deal directly with a newly empowered Attuma, hot on the heels of his becoming one of the Worthy during Marvel’s Fear Itself crossover event.  The series manages to tell its own complete story though, not relying upon the crossover event to drive the actual story, instead managing to integrate current events in the Marvel Universe seamlessly into the overall narrative.  The story thought up by Pak and Van Lente is a play on a familiar trope, as the normally popular and revered Alpha Flight finds themselves at odds with the very government and people that they serve, as the government is co-opted by an Alpha Flight villain.  Forced to go on the run, the team finds themselves fractured from within, as Guardian and Vindicator find themselves at odds.  What makes this book such a compelling read is that Pak/Van Lente do a brilliant job at characterizing each member of the team, so that they read like real people, dealing with real issues and problems.  Aurora is one of the most complex members of the team, and has been manhandled by numerous writers over the years, and yet under Pak/Van Lente, they’re able to smooth down the edges, and cut right to the core of the character.  Vindicator/Guardian have been through so much as characters in the past, and yet here the essence of the characters is found and built-upon, making their personal journeys a joy to read about.  I still find myself a bit at odds with one of the central concepts at the heart of this storyline, but given how the government was manipulated, and shown later on in the series, it’s easier to forgive something which when the issues were first coming out, I was much more opposed to.

The artwork done on the Point One issue of the series is done by Oliver, and is some of the best artwork I’ve yet seen from the artist.  As for issues #1-8 of the mini-series, the artwork is done by the absolutely breathtaking Dale Eaglesham.  I’ve been a fan of Eaglesham’s work for well over a decade, first becoming a fan when he illustrated Captain America (vol. 3) #6-7.  His artwork has only gotten better since then, and he does a brilliant job on this mini-series.  The writers managed to write a script that’s bursting with action, and Eaglesham not only delivers, but exceeds all expectations.  The entire creative team kills it, as the inks tighten up Eaglesham’s work, and the colors flesh out the action and adventure beautifully.

Fans of Alpha Flight owe it to themselves to pick up this book, as it brings back what works about this team, and makes the characters flesh and blood once more.  This is an immensely entertaining read, with gorgeous artwork that manages to both razzle and dazzle.  Highly Recommended!

Fans of Alpha Flight owe it to themselves to pick up this book, as it brings back what works about this team, and makes the characters flesh and blood once more.