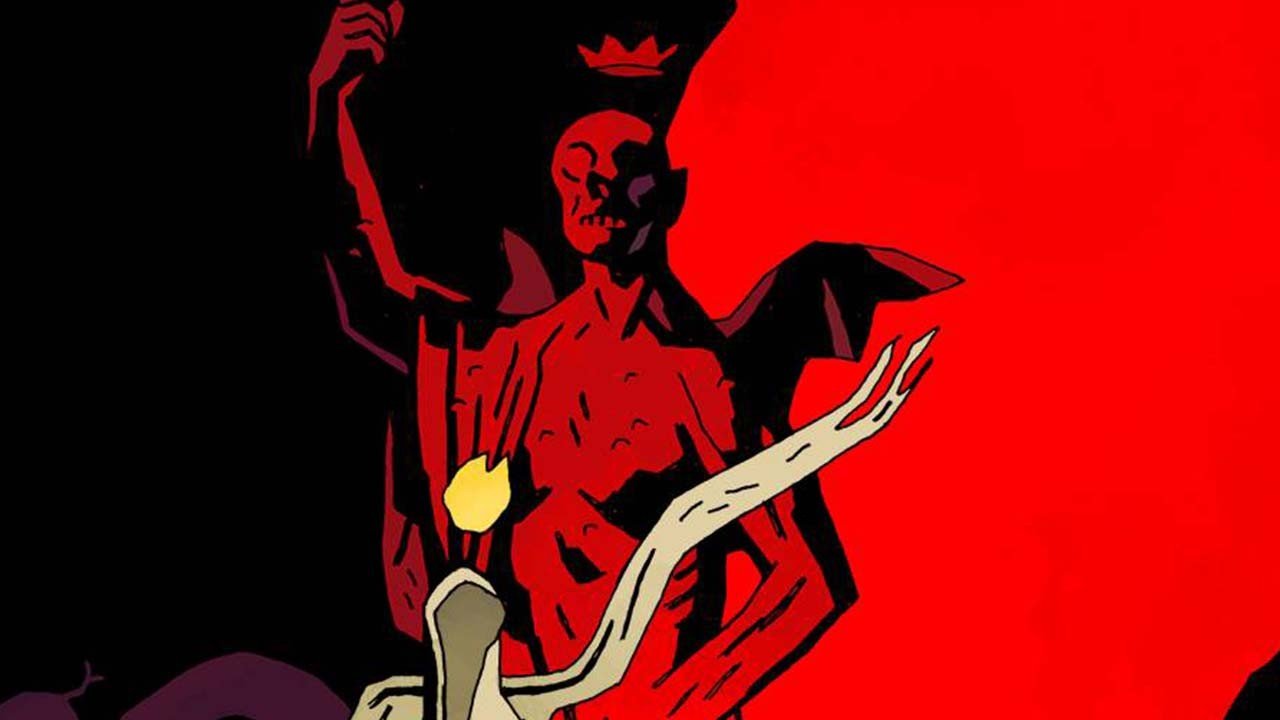 Read the review of Hellboy in Hell #1 in the December/January issue of Comics and Gaming Magazine.

I was pretty excited to read Hellboy in Hell #1, the triumphant return of Big Red, and was even more excited that it turned out to be such a great issue. Mike Mignola was back at the helm, writing and illustrating the first Hellboy story since his epic death earlier this year. The title is also the premise: Hellboy is in Hell and with the help of a mysterious ghostly pal, is trying to get back to Earth. Or so Hellboy intends but temptation appears along the way.

He’s brought to Pandemonium, the city of Satan and all the princes of Hell, now abandoned upon the news of his arrival in their realm. I love this idea that Hellboy, despite being a good guy (or maybe even because of it) scares every thing in Hell so much that they run to the hills when he tumbles down there. It’s an excellent way to show his influence and power while he’s still tossing out comments like “Holy crap”. Somehow when Professor Bruttenholm found him in 1944, he managed to raise him with a moral centre and a down to earth, nice guy attitude. Regardless of the fact that Hellboy was meant for slightly more menacing and world destroying things. That’s what makes him great and there are lots of examples of that as he’s shown his throne, his crown, his fathers sword and the ring to rule this land. Like I said, temptation abounds on his trip but again, he rejects them all. Even when he’s informed that Satan himself is nearby, the sole remaining resident of Pandemonium, asleep for decades as his minions ruled his domain. How easy it would be to steal into his chamber and with a simple strike of a knife, eliminate this fallen angel. Hellboy rejects this idea again immediately, a bold choice that would have given many other heroes pause. Imagine the immeasurable good that one action could bring, preventing so much damage and slowing the spread of evil all over the world. Hellboy knows that stepping down that path, even for the greater good, is the first step on the road to damnation. 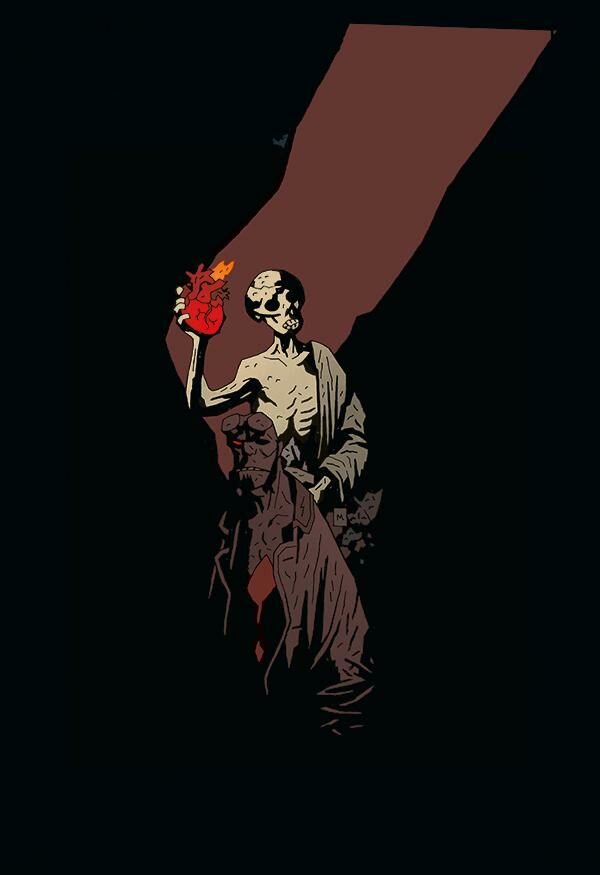 His ghostly pal transports him to a new place, where a different ghost greets him. Like in Dickens’ A Christmas Carol, there will be three spectral visitors on his journey. Where he’s taken next is creepy on another level, a place of torment that befits the purpose of Hell without regurgitating the myths we’ve already heard about it. That’s best left for the readers to discover. The next destination gives us a glimpse into Hellboy’s birth, a moment never so clearly explained or illustrated until now. It’s a powerful scene and sets up a crucial interaction in the next issue.

If you’re looking for a straight up monster battling Hellboy book, this isn’t it. However, this is easily one of the more intriguing tales of Big Red and a great examination of who he was created to be vs. who he has become. It’s clearly evident that he does not belong in Hell and it seems unlikely he’ll remain there very long at all. I found myself alternating between rooting for Hellboy to get the heck out of there, and being enthralled by the terrible majesty of his origins and ancestry during his tour of the underworld. It’s a really interesting book that captures the awe and wonder of the character while tossing in heaps of mystery and mythology.

I was pretty excited to read Hellboy in Hell #1, the triumphant return of Big Red, and was even more excited that it turned out to be such a great issue.