The Unwritten: Tommy Taylor and the Ship that Sank Twice (Hardcover) Review 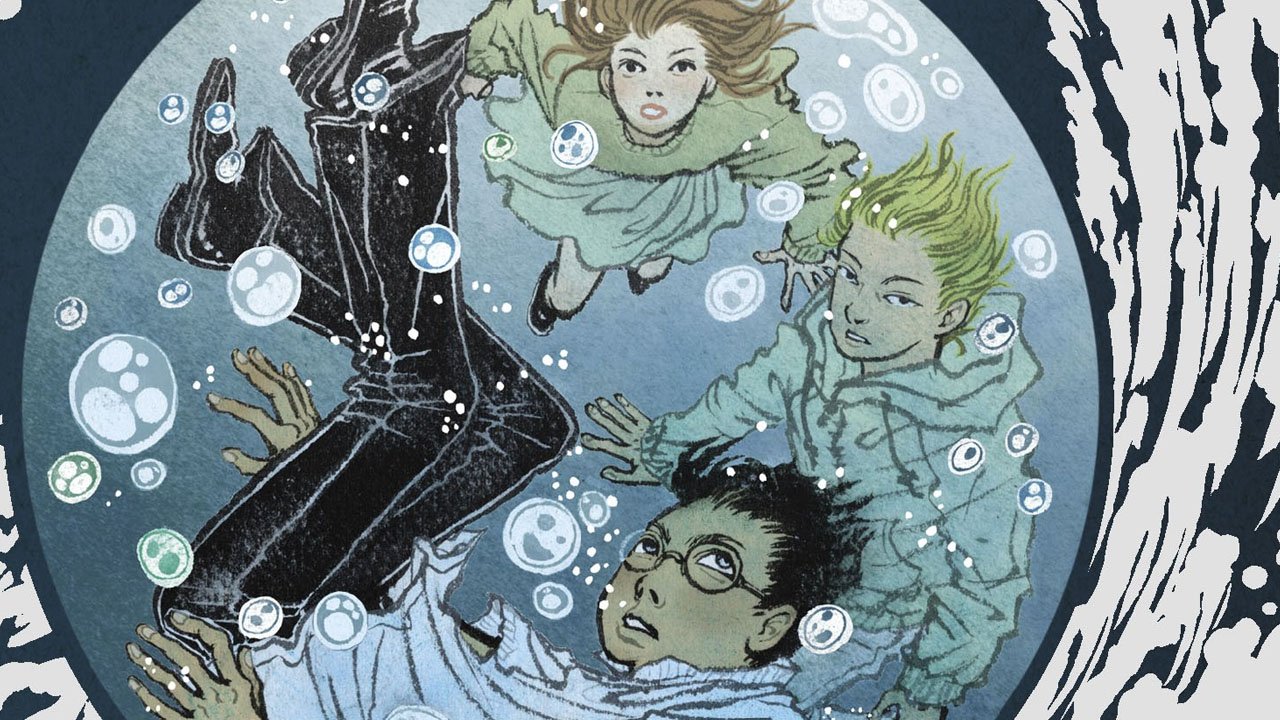 Sometimes when the internet busts new things pop out at you that you may never have noticed before. Like today when I arrived at the internetless CG office — the plastic wrap on The Unwritten: Tommy Taylor and the Ship that Sank Twice must have caught the light just right.

I sat at my desk, broke the plastic wrap seal and cracked the hardcover graphic novel open and began to read. To my surprise (I have never read any of The Unwritten series before) it was a story that instantly peaked my interest.

This standalone prequel to The Unwritten series tells the tale of Tom Taylor’s first year-or-so on earth. It’s the story of his father’s experience writing the first Tommy Taylor boy-wizard novel, which (as the name might give away) he bases on his own son, though very much a preconceived image he creates while Tom is barely a toddler. Essentially, the reader is thrown into the story of Tommy’s birth into reality as well as his birth into fiction, and the two intertwine throughout.

As a standalone it worked very well. The only unanswered questions being a couple of characters who were introduced by name near the beginning of the novel, never to show up again.

The very Harry Potter-esque orphan, round glasses-wearing, boy-wizard-whose-magical-history-is-kept secret-from-him-until-the-tender-age-of-10ish story is an enjoyable one in itself. But the metafictional aspects of this prequel are what stood out the most and turned what could have been a recycled finished product into a renewed one.

The writer’s struggle is introduced in the first few pages, when Wilson (Tom’s father) decides he’s not ruling out plagiarism. “The problem with these paradigms (of fantasy fiction) is that they’ve been plagiarized to death already,” he writes in his author’s journal which keeps track of his work- and life-in-progress.

In an attempt to be revolutionary amid the struggle of set paradigms, Wilson uses his own son as a marketing ploy, essentially in an attempt to bring reality and fiction together to sell books, to make all the money.

Peeking into the reality that is Wilson’s writing process and ruthless manipulation of his family for fame brings a simple-enough layer of his psychological struggles to the Tommy Taylor boy-wizard story, giving the light adventure story an underlying level of melancholy that reflects Wilson’s villainous side as well as (although not as prominent) his attempts to find validation for his actions.

The artwork in the “reality” scenes emphasizes the melancholy feel as well: Done with greys, blues and shadows to intensify the somberness that exists in the family’s lives, in contrast to the boy-wizard story which generally uses brighter colours and softer lines.

The Unwritten: Tommy Taylor and the Ship that Sank Twice was published at the end of 2013. An odd time to be posting a review, for sure. But the combination of the pensive mood reading this prequel put me in, and the internet failing to show me all the new things out there made me step back and realize good art can be more important than the timeliness of their reviews!

The Unwritten: Tommy Taylor and the Ship that Sank Twice was published at the end of 2013. An odd time to be posting a review, for sure.

File Under:
Name: The Unwritten: Tommy Taylor and the Ship that Sank Twice Review Score:  9