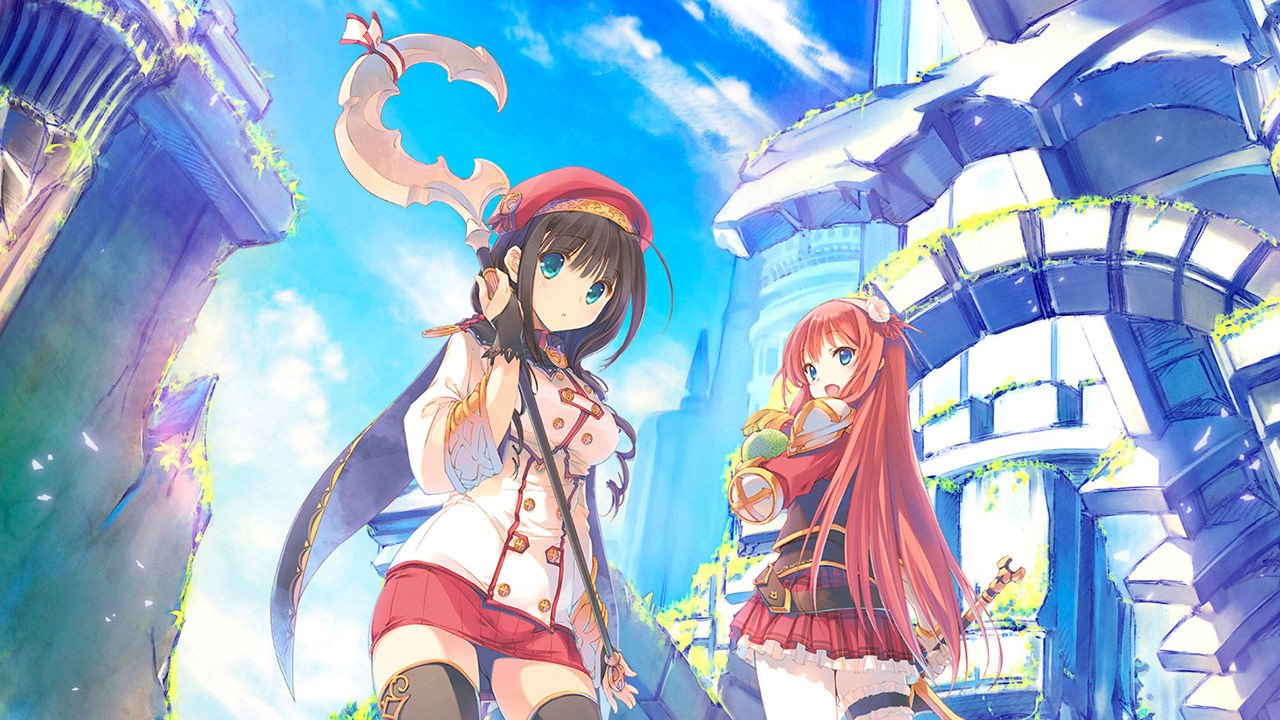 JRPGs are notoriously difficult to review; even for die-hard fans of the genre. We have a limited grace period in terms of time we can spend playing a game before the review is due, and any JRPG worth its salt will have many times that worth of game content. This becomes a problem when you consider that JRPGs are notoriously… unsatisfying (for lack of a better word) for the first few hours or so. Gameplay tends to take a while to grow and develop over the course of the early to mid-game content, and most JRPGs survive this via a combination of story setup, aesthetics, and fan service. So what happens when the story setup is typically Japanese and convoluted, the aesthetics are that of a first-person dungeon crawler that mated with a bishoujo visual novel, and the fan service is semi-SFW loliporn?

The second conversation—the one that introduces your first two party members—starts with an underage panty shot. The next one introduces another adventuring party consisting of a bear and a penguin that serve as a sort of every-now-and-then series of run-ins to deliver tutorial information in a very self-aware tongue-in-cheek manner that’s not at all afraid to blatantly bash the stereotypical otaku that this game is being marketed to—that conversation also features an arrow-to-the-knee comment (yes, really). The lewd dialogue from the almost exclusively female cast (and the naïve responses from the male main character) feel like they were originally designed for an H game; as does the mechanic by which the game rewards you with absurdly sexualized and suggestive CG images of the bosses in compromising positions with their clothes torn off after you defeat them—right before you bind (their word, not mine) them in your magical spell tome. I couldn’t make this stuff up if I tried.
After the first few hours, I was ready to just call it quits and label the game a shameless yet shameful example of the breed; particularly after encountering my first Spider Girl (don’t look that up, you’ll probably end up on a watch list, or something). The catch, though, is that I was there to review it, not simply judge it. The game was still throwing new features at me, so I could hardly call my job done. Dutifully, I soldiered on through battle after battle with near-naked undeveloped girls, flanked on all sides by fruit (because why not make the rest of the enemies fruit?). Between all the bananas, oranges, cherries, and underage girls, waiting to see the next enemy line-up was like waiting on the reels of the world’s creepiest slot machine; one where the only thing I could possibly win was a seat across the table from Chris Hansen from Dateline.

At around the fourth chapter, though, something intriguing happened; most of the enemies I started encountering had an almost acceptable amount of clothing on (for a Japanese game), and the dungeons started throwing interesting new curveballs at me. Instead of just the usual traps and pitfalls hidden behind doors, some of those doors were now secretly one-way, trapping me in parts of dungeons. I even ran out of gold and found myself unable to purchase more revive items, and even the story had me genuinely curious to see how things would pan out. Things had moved away from the early game stage of “punishing because you only have two characters and no proper party dynamics” and into the territory of “punishing because there’s actually a pretty solid game here”.

In reality, if you can get past the “fan service”, Dungeon Travelers 2 is quite a solid JRPG. If nothing else, it’s an incredibly in-depth waste of time in the way that only a JRPG can be. The main story—effectively an off-rails tutorial—will set you back in excess of 60 hours of gameplay—depending on how many times you forget the game lacks an autosave feature and play for a couple hours before your healer gets one-shot while casting. I’ve been told that the post-game exceeds another hundred or so hours of playtime, and I don’t doubt that for a second. Each of the characters in the game—of which there are 16—has several different classes they can play as, each requiring a character reset and class change to adopt. Furthermore, resetting your characters’ progression nets them additional base stats based on the difference between their current level and the level they bump down to. The most efficient way to max out this bonus requires playing each character to lvl 61 and resetting to 1… twenty-five times.

In fact, after my time with DT2, the only obviously glaring fault I can find with it (assuming you don’t mind the grind—this is a JRPG, after all) is that there’s shockingly little information to be had from in-game. From character stats to consumable items, I’ve literally no idea what all but the most rudimentary of either do, and there seems no buttons or menus to shed light on the situation. Even still, this doesn’t ruin the overall experience. In truth, I’d be perfectly happy if I had spent my own money on Dungeon Travelers 2, and even the creepy fetishization of all that is lolicon is, in fact, beautiful and colourfully rendered CG. Do I find it topically ironic that the game launched in the same week that saw Jared Fogle locked up for, well, you know…? Absolutely. But stripped (heh) of all else, Dungeon Travelers 2 is actually a very enjoyable game.

In reality, if you can get past the “fan service”, Dungeon Travelers 2 is quite a solid JRPG. If nothing else, it’s an incredibly in-depth waste of time in the way that only a JRPG can be. 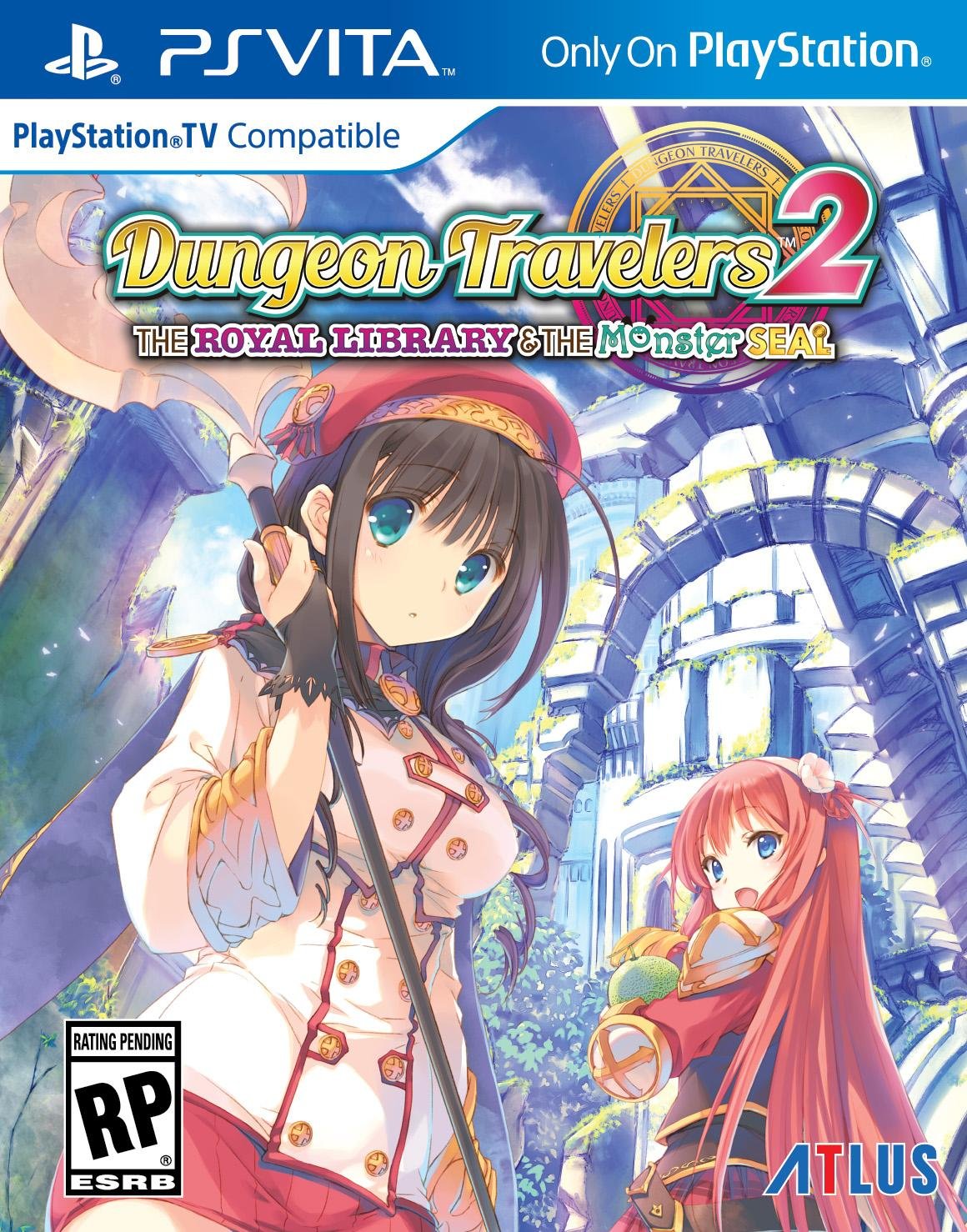