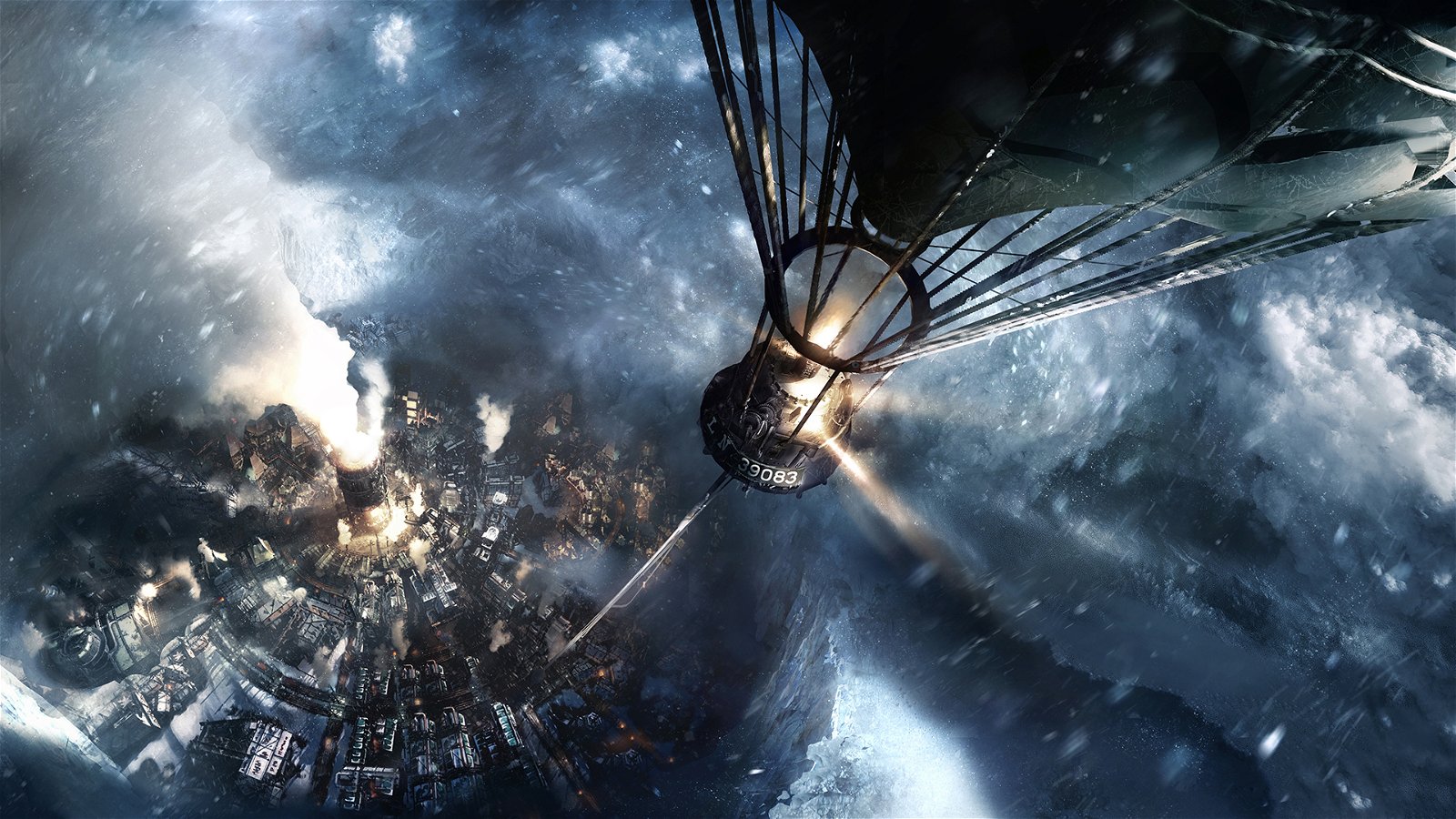 Frostpunk is incredibly bleak. In the face of extreme conditions that would kill most, you have to find a way to survive and even thrive in a world that is hell-bent on destroying your city. And while there isn’t a great deal of variety in how you approach this task, Frostpunk is a city builder that is nearly impossible to put down.

Developed by 11 bit studios, who previously created This War of Mine, 2014’s harsh survival game about living through a civil war with little in the way of supplies or hope, Frostpunk is less focused on the individual and more on the society. The game is set in an alternate history 1886, where a massive climate shift has caused millions to die from starvation and the elements as snowstorms and frost demolish most of civilization. You’re the leader of a small group of survivors who have discovered a heat generator that can stave off the cold and provide some measure of warmth in the harsh world. You’ll have to fire up the generator, build a city that is self-sustaining and somehow keep it going in the face of the still-plummeting temperatures.

Right from the get-go, Frostpunk is hauntingly beautiful. The steampunk world is gorgeous to look at, as buildings roar to life with flame and smoke, giant automatons plough through the snow, and the more fantastical buildings such as a giant ice drill, do a great job in making sure the game stands out. Coupled with a soundtrack that emphasizes the struggle you are going through, the game hits all the right notes on creating a memorable aesthetic.

In order to survive, you’ll have to manage different resources carefully. Coal is used to provide power and heat to buildings, lumber and steel are needed for construction and research, raw food is needed to be converted into rations, and cores are rare items that are used in advanced construction. Steel mills, coal mines, hunting outposts, and many more buildings need to be constructed to in order to survive, and it’s as easy as clicking one of the many spots that radiate outward from the generator itself. Considering that this is their first city builder, 11 bit studios have made a robust and unique building system that is unlike other games in the genre.

As leader of a city, you’ll be able to enact laws that will slowly but surely change the lives of those you oversee, and where much of the moral choices in Frostpunk come into play. Deciding whether to enact child labour, determining how you will store (and potentially use) the dead, and dictating your medical procedures will inevitably change the face of your city. This also ties into the hope and discontent mechanics, which will affect whether citizens will give up and flee or rise up in revolution should you fail to provide for them. Keeping people happy is just as important as keeping them alive.

The decisions you make are numerous and varied, with very few correct answers. An automaton has just crippled a worker by accident - do you shut it down to appease the people, or keep it running to continue gathering resources? Should you be creating complete rations to keep people content, or do you just give them the far more efficient soup and call it a day? These choices, and many others, are at the core of what make Frostpunk so engaging to play.

My first attempt at surviving the storms did not go well. While I tried to ensure my people’s happiness with burials and regular prayer services, that swiftly changed as low resources resulted in me creating a theocracy and banishing those who had committed crimes against the city into the frozen wastes. As temperatures plummeted past -100 degrees Celcius and few homes had adequate heating, I was not surprised to see myself placed on an execution platform and boiled alive via a jet of steam. And when it was all over, I immediately restarted the scenario and began the process of survival all over again.

Frostpunk launches with three distinct scenarios that feature different maps and objectives. The starting scenario A New Home is the most straightforward, as you’re simply tasked with surviving what feels like the end of the world, and is the more balanced of the three. The second scenario, The Ark, follows a small group of engineers and scientists who have to protect several seed banks that house samples of the world’s plant life while dealing with a small population and a more overt reliance on automatons. Lastly, Refugees is about a group of working-class people who have stolen ships meant to carry the wealthy to safety and is more focused on social problems and class differences when compared to A New Home.

Of the three, The Ark was my favourite, as the challenge of surviving with a constrained population means that every death, whether by accident or illness, impacts your plans greatly. While you can adjust the difficulty, both as a whole and with individual meters, there’s still a lack of variety in both the scenarios themselves and in how you go about completing them. You’ll typically follow similar paths on both the tech tree and in the creation of laws, and there is a limit to how much you can customize your city through the placement of buildings. Complete a scenario once, and you’ve pretty much seen most of what it has to offer.

I also wished there was more personality to my citizens. While this game is large in scope, citizens only have a name, occupation, and a list of family members to separate them from each other. Considering the choices you make will greatly impact their lives, the lack of personality makes it difficult to see how exactly those decisions are influencing people beyond a meter at the bottom of the screen.

Frostpunk is ultimately a survival game that is gripping to play. The choices you are forced to make help it stand out from other city builders, and coupled with the harsh world, make for a memorable experience unlike other games in the genre. While I wish there was more variety, Frostpunk remains a game that I can’t quite seem to put down.

Liked this article and want to read more like it? Check out more by Preston Dozsa like his reviews of Total War: Warhammer II - Rise of the Tomb Kings, Dynasty Warriors 9 and why Monster Hunter World will succeed in the west!

Final Thoughts
Frostpunk is a brutal city-builder that shines thanks to difficult choices, an original world and engaging gameplay.
More From CGMagazine 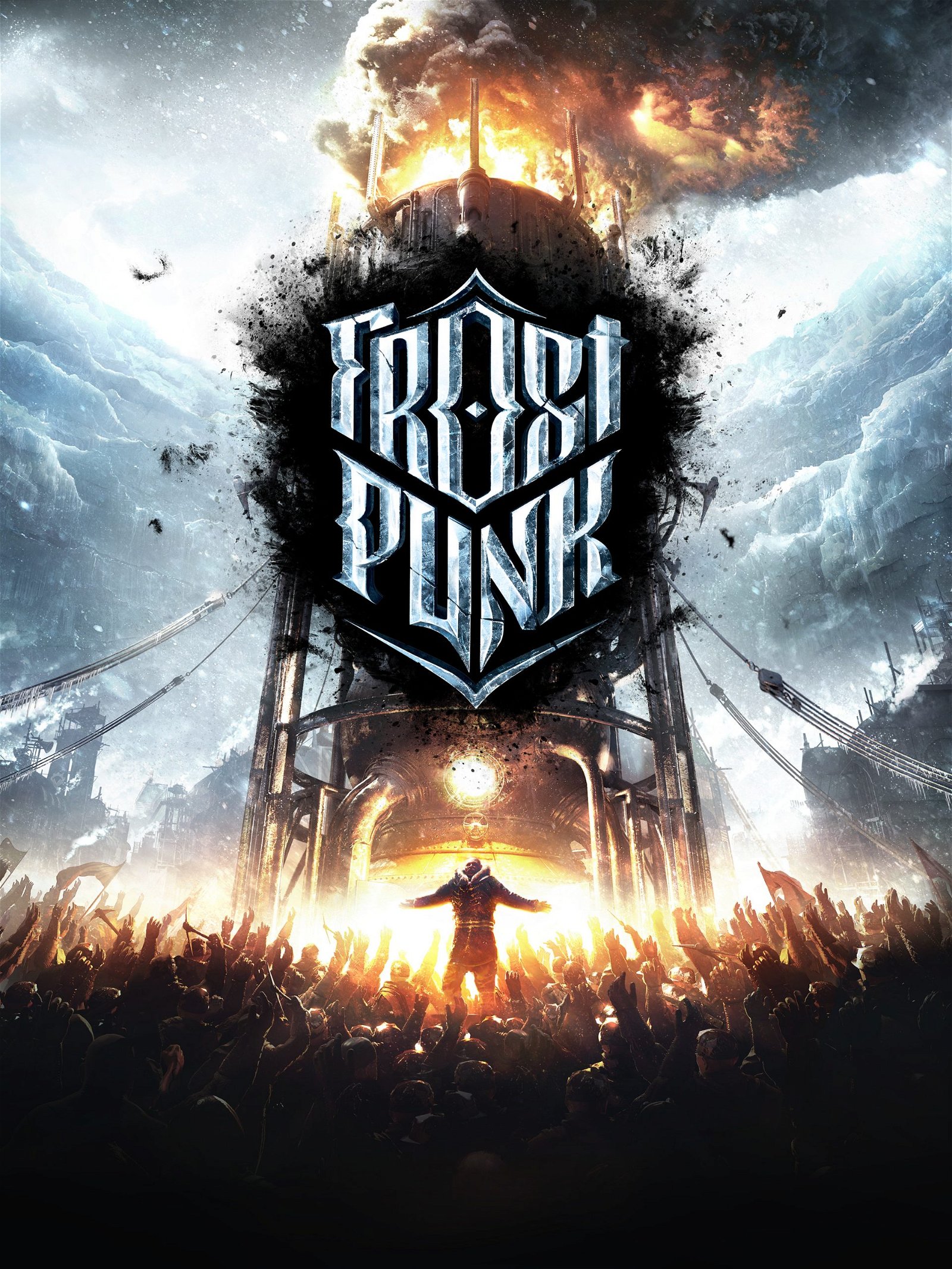