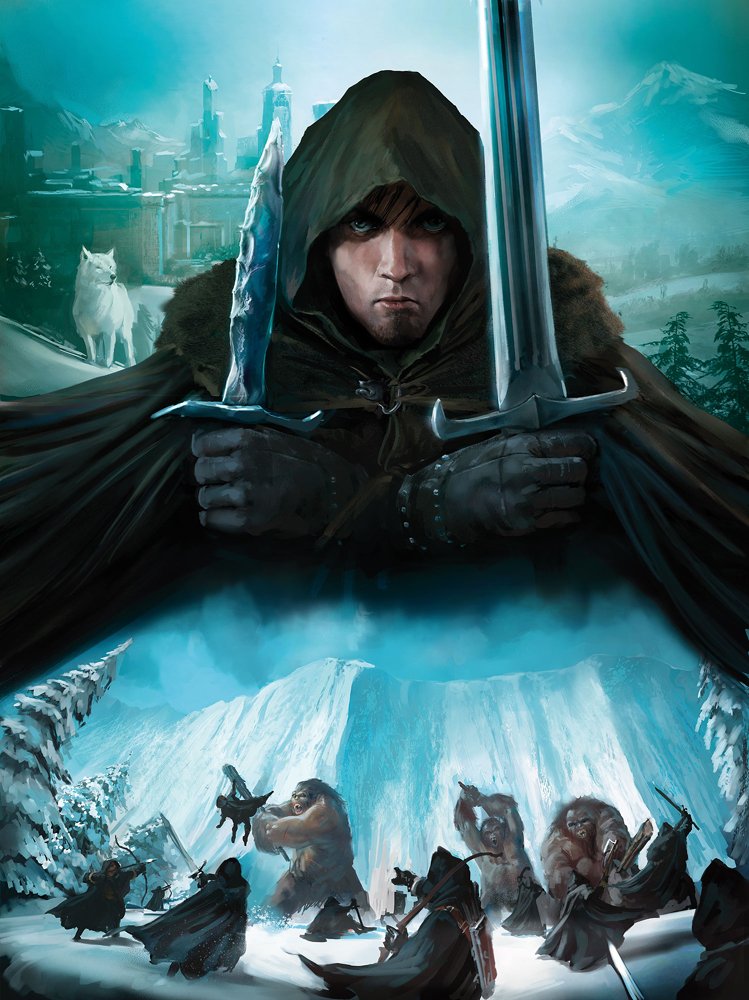 Fans of George R.R. Martin’s A Song of Ice and Fire series of books (or of the first novel’s recent HBO adaptation) are usually drawn into the author’s world through the appeal of political intrigue and feudal warfare. Half the fun of A Game of Thrones is in watching the intricate manoeuvrings that go into defining an invented history that says as much about our own world’s past as that of Martin’s fantastic creation. So, it follows that a videogame of thrones (ha!) should allow players to feel some of the thrill of its source’s rich layers of manipulatory diplomacy and large-scale combat. A Game of Thrones: Genesis developer Cyanide has certainly tried its best to incorporate these elements in the world’s first foray into videogames, succeeding in some cases while failing in others.

A Game of Thrones: Genesis, like its source material, is concerned more with the machinations behind the outbreak of war than the fighting itself. Though there is combat, players can expect to spend much more of their time in attempting to gain allies — either openly, with envoy units and the strength of blood-tying marriages, or covertly, through the secret agreements of spies (a covert arrangement wherein an ally pays tribute to you but appears neutral to others) and the seduction of enemy forces. All of this takes the form of hiring the appropriate units, sending them to other villages and castles and carrying out routine check-ups to ensure that none of your forces have been swayed by the enemy’s similarly underhanded strategies.

Pre-war preparations can also lead to open warfare. During peace time, a metre is displayed on the top of the screen that will fill up with red as aggressive actions accumulate from either side’s decisions. Hiring mercenaries to kill peasants and envoys — something that serves the purpose of cutting off an enemy’s access to food and money — will eventually cause peace to break down and open war to break out. Combatants hire army units (knights, bowmen, pikemen, men-at-arms, etc.) and duke it out through supply-line ambushes, open terrain combat or siege warfare. Battles are simplistic and decided through a kind of rock, paper, scissors mechanic where using the “correct” unit against another is more important than strategic planning.

In skirmish and multiplayer modes, a player’s progress in conquering their enemy is represented by prestige points, meaning that a game can be won without once inciting war. Prestige points are won by increasing allied territories, gaining money, winning over temples (or septs for those in the Ice and Fire know) or killing off some of an enemy population; grab up 100 prestige points to win.

All of these gameplay elements come together to make a strategic soup so thick you could stand a spoon in it. Genesis’ gameplay is built on a strong foundation and has a unique feel and pace that is more akin to a complex board game than a traditional computer strategy title. While it is refreshing to see Cyanide develop something innovative (rather than the blander result that would have come about from attempting to ape some of, say, the Total War series’ grand vision), the game’s overall presentation leaves a lot to be desired.

Both audio and visual design range from mediocre to downright bad. Genesis’ characters and environments are entirely forgettable, conjuring up none of the breathtaking locales of the novels or show. The units are poorly drawn and the rendering of the world is tasteless and uninspiring — every village, castle and mine is essentially the same, with only minor variations in climate appearance (desert with palms, forests with occasional mountain passes, snowy fields near a diminutive version of the Wall). Though these maps have been loosely drawn from Martin’s settings, Cyanide misses many opportunities to increase immersion by incorporating any of the fiction’s slavishly detailed geography and place names. Castles and towns are always just “Castles” and “Towns”, maps feature few distinctive features and there is never a sense of actually playing in the fictional world of Westeros — something that is probably the single most important goal of any game based on well-loved fiction.

Slow mouse movement (with no option for sensitivity adjustment) also hampers the experience. It isn’t bad enough to make the game unplayable but, coupled with minimal

hotkey support, the sluggish cursor makes basic command input a bit of a pain. Considering how easily these sort of problems could have been avoided, it’s unfortunate that they exist. Bland visuals and sloppy controls combine with frequent typos (including the odd occasion where French words have been left untranslated) and poor grammar to complete a sense of rushed development.

And, while fans of Martin’s books and/or the Game of Thrones TV show are more likely to appreciate Cyanide’s apparent reverence for the source material, the homage paid to the series is still not enough to excuse the game’s poor combat, user interface and aesthetics. The game takes place in the pre-established time before the opening of A Game of Thrones: Genesis, detailing the events that lead up to the beginning of the series. Because of this approach, the fiction is palatable for both newcomers and Game of Thrones vets — but the narrative remains far enough in the background (mostly being fleshed out through loading screen preambles and some level-opening and -closing character conversations) that it likely won’t win converts or impress existing fans.

This is made worse by an atrocious campaign mode that is by far the weakest style of play in Genesis. The single-player narrative, bafflingly, chooses to ignore some of the most interesting aspects of the game’s mechanics (prestige points, flexibility in conquering a map) and instead leads players through short, rigidly designed chapters that fail to take advantage of the best design decisions made in the multiplayer and skirmish modes. There are a number of incredibly irritating stealth sections, ridiculously out of place, that task players with precise objectives, such as waging guerrilla warfare on peasants while a much stronger force patrols an area (or avoiding troops with a single commandable character in one particularly ill-conceived stealth sequence) and lack any forgiveness. Coupled with painfully

slow loading times and the absence of quicksave or quickload options, these segments sap any momentum that the campaign mode is able to generate and quickly sink what should be exciting narrative points (like the impending conquest of an entire continent!) into tedium.

House vs. House, the (slightly gussied-up) skirmish mode, also fails to capitalize on the possibilities inherent in the game’s setting. Choosing from a fair-sized list of houses (like the Starks, Baratheons, Targaryens and others) does give bonuses to certain stats (the Lannisters, of course, practically defecate gold) but does not make a substantial difference in more substantial style of play — or castle/unit design, aside from the appearance of distinctive sigils and colours. Genesis’ multiplayer play works in much the same way as HvH but is more enjoyable simply because it involves facing off against human opponents who easily outstrip

the game’s often simplistic AI. The mechanics used in other areas of play become much more fun when they can be used as bluffing tools. A large-scale game can easily turn into an enjoyably paranoid experience that capitalizes on Genesis’ premise in the best way.

But limited successes, like the multiplayer, still add up to an ultimately frustrating experience. A Game of Thrones: Genesis isn’t a horrible game, but the fact that it’s so full of promise makes its numerous failings hard to swallow. More time in development — time that could have been spent in tightening up and enriching the overall presentation or rewriting the campaign — would have helped to make an ultimately average experience into an outstanding one.

A Game of Thrones: Genesis isn’t a horrible game, but the fact that it’s so full of promise makes its numerous failings hard to swallow.
REVIEW SCORE
5
File Under: Fantasy, Genesis, PC, TV