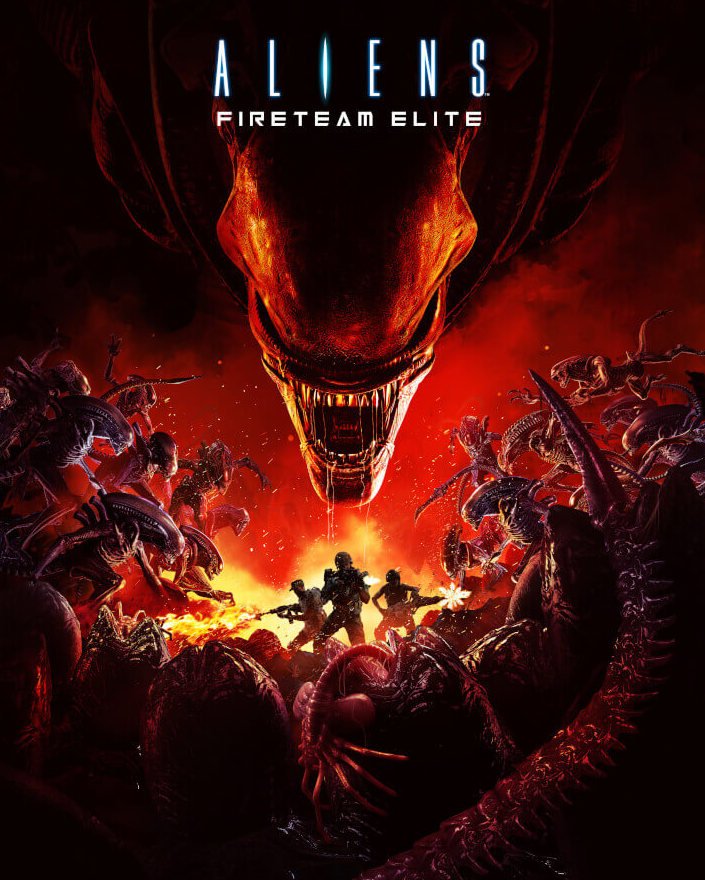 It’s a little hard to believe that just like an adorable, newborn Xenomorph suddenly ripping its way out of a human chest, Aliens: Fireteam Elite burst onto the videogame news-cycle a mere five months ago in early March 2021.  The announcement of a brand new entry in the Alien franchise coming to all major platforms (except the Nintendo Switch) by end of summer took just about everyone in the industry by surprise, and as a fan of the James Cameron film Aliens (with an “S”) as well as a number of videogames based on it, I was personally skeptical as to what the finished product’s quality would be, given the extremely short marketing lead time.  Well I’ve played the finished product for about a week now, and make no mistake, corners appear to have been cut to make this new Aliens game a reality, but what remains is still put together well enough to wash away the bitter taste left behind by Aliens: Colonial Marines all those years ago.

Set 23 years after the events of the mainline original films (Alien, Aliens, Alien 3 and Alien: Resurrection), Aliens: Fireteam Elite takes place in 2202, where the war against the deadly Xenomorph race has been lost and humanity has shifted its efforts to containing the infestationbefore it can spread to other human colonies.  A mysterious distress call from planet LV-895 is received by the Colonial Marines vessel UAS Endeavor, diverting it from its route and plunging players along with the rest of the crew into a conflict far more dangerous than any ordinary bug hunt.

At its core, Fireteam Elite is a third-person co-op shooter in the vein of the Gears of War franchise, right down to the cover, mantling, blind-fire, and dive-roll evasion systems that those games are famous for, though experienced Gears players will no doubt find the execution of some elements, namely transitioning from cover to cover, rather crude, and of course there aren’t any Active Reload mechanics or guns equipped with chainsaws. The default control scheme is ripped right out of the aforementioned Gears as well as its Xbox platform sibling Halo (I literally hit the ground running with a layout identical to the one I used in the recent Halo Infinite Technical Preview with rolling/vaulting replacing Halo’s crouch), but the controls are fully customizable and players can set their buttons and key binds to whatever arrangement best suits their preferred play style.

What isn’t as straightforward however is exactly what type of game Aliens: Fireteam Elite is striving to be.  On its face, developer Cold Iron Studios is promoting the game as a “cooperative third-person survival shooter,” and the moment to moment action absolutely gives off an unmistakable Left 4 Dead meets Gears of War vibe (though sadly the game only supports up to three members in a fireteam as opposed to Left 4 Dead’s four, with up to two AI bots filling in as synthetic squadmates if there are not enough live players to form a trio).

Instead of inhabiting a bespoke character, players can choose one of five distinct character classes, Gunner, Demolisher, Technician, Doc and Recon (the latter role unlocks when the campaign is completed for the first time). Each character class comes with its own unique loadout, special abilities and perks, all of which can be upgraded as players gain more experience, money (i.e. Requisition Credits) and notoriety (i.e. Rep Scrip – used for purchasing cosmetics).  And players will have plenty of opportunity to earn all three across Fireteam Elite’s 12 campaign chapters and five levels of difficulty, which are designed to be revisited and replayed multiple times.

Commendably, while there is certainly DLC planned for the game in the form of the seasonal “Endeavor Pass” and the “Endeavor Veteran Pack”, Cold Iron Studios has promised that there will not be any microtransactions and all pre-order and DLC content that has been revealed thus far are cosmetic only and not pay to win.  Content from Endeavor Passes will become available for free over time via seasonal releases and a sixth character class, the Phalanx, will be added to the game as part of the first season of free content in early September, which if you already dig the game is just more of an already good thing.  Don’t get me wrong, this is all great.  But just like the old saying goes, if something is too good to be true…

The number one issue that I have with Aliens: Fireteam Elite is the grind.  It’s an extremely grindy game, so much so that you’d think it was originally designed to be a “Games As Service” (GAS) game like Destiny, Anthem or Call of Duty: Warzone but the service elements were pulled out midway through development for some reason.  Apparent remnants of it still remain, such as daily and weekly Tactical Opportunities that reward players with bonus XP, Req Credits and Rep Scrip for completing certain side objectives within a set period of time, such as “kill 300 Xenomorphs with a sidearm pistol in a week” or “survive three missions as a Demolisher Class Marine in one day”.  Then there are the single-use Challenge Cards that can be found or purchased that when enabled drastically alter the parameters of combat, increasing the difficulty and yielding additional rewards should players manage to survive the mission.

Meanwhile, weapons, weapon attachments, consumables (such as mines, sentry turrets, incendiary rounds) are all expensive and players will need to play many of the same missions over and over again in order to earn Req Credits to purchase new items as needed or to receive them as random rewards for stage completion.  That isn’t to say that the grind is no fun, but aside from fighting the Xenomorph and other adversaries on the way to an objective, activating a machine only to hold down that objective against an enemy onslaught, and then moving on to repeat the cycle two more times per chapter, Fireteam Elite’s core gameplay loop doesn’t have a lot going on.  New variants of enemies gradually appear throughout the campaign, and the game will throw the occasional “fetch object X and plug into slot Y” complication into a stage finale, but otherwise it’s mostly just wash, rinse and repeat.

That doesn’t take away from the many things that Aliens: Fireteam Elite does right however.  While the fully voiced NPCs don’t move their mouths when you interact with them and the selectable base models for your player character could be a lot less generic-looking, the overall visual and audio presentation of the game is excellent, absolutely nailing the “future” appearance and atmosphere of James Cameron’s 1986 sci-fi / action epic.  The voice acting is better than one might expect, particularly that of your remote commander SSGT Herrera and her synthetic tactical assistant, Esther, who’s awkward, odd-couple level banter can be rather entertaining when they aren’t barking commands in your ear.  The orchestral soundtrack is top notch, with a surprising emphasis on the horn section and the frequent, unsettling use of machine noise, Xenomorph sounds and unintelligible human whispers.  Finally, fans of the Alien universe will be happy to know that Fireteam Elite actually tells a decent story that not only expands upon and enriches the lore of the franchise but also serves as narrative connective tissue to the recent Alien prequels, Prometheus and Alien: Covenant, which is a nice bonus if you’re a fan of those films.

“To get the most fun and the least frustration out of Aliens: Fireteam Elite, you’re going to need at least one other friend playing the game online with you.”

Last but not least, there’s the online co-op, but I have a few words of warning regarding that.  To get the most fun and the least frustration out of Aliens: Fireteam Elite, you’re going to need at least one other friend playing the game online with you.  Your synthetic squadmates, Alpha and Beta are lousy wingmen with no character class specialization, so you can’t select loadouts for them to compliment your own, like you can with live players.  In battle, the bots can’t be directed and essentially do their own thing at all times unless you’re downed, at which point one of them might come over to revive you.  There are no checkpoints during missions, so if all three of you go down, it’s Game Over and back to base to redeploy.

The average mission takes at least around 20 minutes to complete, so playing the entire game by yourself will prove an especially tough road to hoe.  I was fortunate enough during my week with Fireteam Elite to hook up online with a fellow reviewer who was also covering the game, and even then progressing was no cakewalk.  Convincing a friend or two to pick up their own copy of the game (which on the bright side retails for a somewhat reasonable $50 CAD) or alternatively depending on randoms out there in the online wild might be a challenge, but trust me, Aliens Fireteam Elite is not a game you want to play on your own.  It’s a shame that the game didn’t launch into Xbox Game Pass, or PS Plus, where such obstacles would have been largely removed.

Like the films that inspired it, Aliens: Fireteam Elite is great popcorn fun with a friend or two, but if you’re not a fan of the popular film franchise and/or siege-style game modes like Gears of War’s Horde and Halo’s Firefight, you are likely in for a long grind, especially if you are playing solo.
REVIEW SCORE
7
Buy On Amazon
File Under: