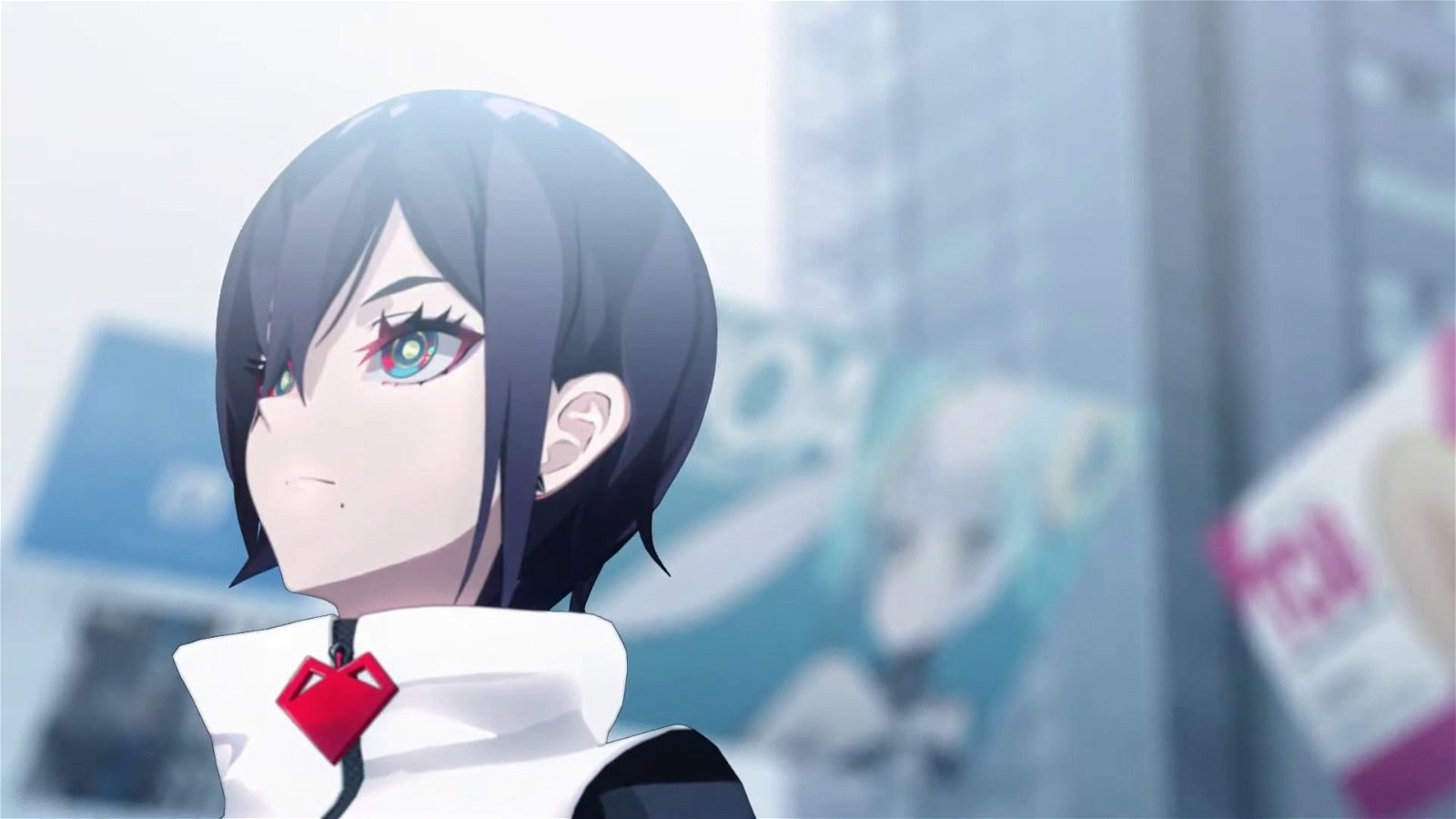 Visual novels are a rare breed for the VR platform, which is often defined with motion-based games from studios. Altdeus Beyond Chronos breaks that mold of giving a seated mech shooter to tell an interactive novel which effectively uses VR to enhance what is otherwise a page-turning experience. Japanese studio MyDearest Inc also returns with a spiritual sequel of its debut VR book Tokyo Chronos, but ups the ante with a bigger scope and fully-acted characters to really soak “readers” in. Altdeus Beyond Chronos essentially tells a mech tale in Japan, but puts bigger human-based emphasis on a pilot and doubting the world she lives in.

I emphasize “readers” because Altdeus Beyond Chronos is a tale first and a game last. I was surprised to be standing for hours listening to a colorful cast talk for hours instead of punching massive Kaiju with my fists. But after some understanding of what this title was, I started to value Altdeus Beyond Chronos for creatively pulling readers into a pretty cool universe with VR. Avid consumers of manga and anime might feel some of the lasting influences of Mobile Suit: Gundam, but spend more time outside their mechs in character-driven exchanges. Thanks to some pretty engrossing first-person writing, players will easily get lost in Altdeus Beyond Chronos‘ world and its mysteries which unfold with every new line. There are some degrees of interactivity with inspecting objects and a few startup mech sequences. But these moments come pretty rarely in order to push the story forward. Regardless, those with a knact for absorbing new sci-fi worlds can find Altdeus Beyond Chronos a unique and welcome entry point for VR (without mindless smashing).

Altdeus Beyond Chronos is essentially a self-contained story in a run-off-the-mill post-apocalyptic future. In 2280, humanity lives underground after the surface was invaded by Meteoras; massive planet-like aliens consuming everything in sight. Tokyo lives on as a simulation under one of humanity’s last cities while its denizens simulate their worlds with holographic textures. It’s a pretty dystopian universe to be in for VR, but Altdeus shows just enough to leave readers curious. Instead, VR users are in the body of Chloe, a synthetic human created by military sect Prometheus to defend Earth from the Meteoras. In true anime fashion, Chloe sports the grumpy, reserved personality which helps her see the world for what it is beyond the simulation. It gives readers a direct perspective and surrogate for Altdeus’ strange universe. She’s also the pilot for Makhias (the novel’s word for mechs) alongside a small but energetic support team including a crazed cybernetic scientist named Julie looking to study the giant Meteoras. The operation is run by the mysterious General Deiter with a no-nonsense presence over other eccentric characters. Chloe’s cynicism is always put into question by her AI companion Noa, who takes the form of a holographic pop star which entertains the public.

That’s just the surface of Altdeus Beyond Chronos. In a short three-hour experience, it’s surprising to see the right amount of pieces in place for a fully-fledged anime series on Crunchyroll. But there’s also just enough to make the short ride valuable in quality thanks to great delivery from visuals and branching narratives. The world actually gets bigger from choices – many of which shape the game aspects. Like its action, Altdeus puts these decisions in moments where they count. Using the universe’s digital decision making tool, players measure their choices to support or question other characters before something big happens. These decisions actually have impact, while it’s nice to see a studio like MyDearest pull no punches. Emotions including independence, obedience and loyality can also be measured to help players along their choices. These answers do feel risky and packed with consequences – something which adds to the novel’s memorabilia. Depending on the choices made, readers can meet or completely miss characters like Anima, a mysterious Meteora who takes on a human form.

But when the game decides to use interactivity, it’s unclear whether or not VR users are actually doing something wrong inside their mechs. Gamers geared for action and less about dialogue might be disappointed when they finally get to be inside the cockpit of a 400-feet titan. The game’s two to three fight scenes inevitably show your mech malfunctioning, which can be confusing to tell if it was scripted. Mostly, Altdeus Beyond Chronos gives players control of their choices for a choose-your-own adventure scenario. Each branching decision can also be reviewed and revisited after finishing the novel once. If you didn’t like an ending, Altdeus Beyond Chronos creatively gears it to interpretation and gives a reason to try again. It’s a shame that MyDearest has held back on interactive elements when expanding the sequel’s scope. I would have at least loved to see some turn-based action in the rare mech scenes instead of following instructions to push a script along. Sadly, Altdeus stays true to its purpose as a novel and experienced VR gamers might be thrown off by the sudden change. A scanner lets players point and read descriptions of objects in the environment, often opening up another rabbit hole of discussion that avid bookworms can enjoy (and help shape judgment for choices). To really cement the dialogue, players can switch to hearing the Japanese voices and feel more like being sucked in a manga novel. The mech fights are equally stylized with electric guitars, exhilarating Japanese vocals and other music which make combining a rail gun and seeing mechs slash Kaiju a real treat in VR.

I unfortunately got a pretty grim ending from my choices – many of which were shaped from some pretty sensible motivations in every character. Because the writing is so deep, each character has enough reasoning to make you wonder who’s bad and good. This was shown in their original Tokyo Chronos novel, which played as a murder-mystery and every character in your social circle was painted to be a suspect with tons of red flags. But the decisions lead to some pretty interesting alternative dialogue choices, many of which warrant a second playthrough to see. There are only two choices during most of the novel’s tense moments, leaving me to think twice over my allegiances. This is decision-making at its finest, hunkered down by which voice was more trustworthy. Even the bad ending helped me justify my actions as every character showed off their worst side. The good ending proved to be a less interesting take with bombastic but by-the-numbers approach. A few plot twists come mostly at the end to make each ending a memorable one, but VR definitely makes the worst ones feel closer to being a nightmare MyDearest intended to bring. Arguably, the ending for Altdeus actually kicks off a new beginning in a cool way for readers starting over. This is where a dream-like feature keeps track of every reader’s decisions and branching narratives in a tree. The goal is to complete the tree of possibilities; something Altdeus Beyond Chronos doesn’t actually tell readers.

The entire experience is carried by Chloe, who actually shares an interesting bond with Coco. Altdeus Beyond Chronos uses this friendly relationship to some pretty intricate degrees when it’s discovered that Coco holds a secret to stopping the Meteoras. This is where readers enter some flashbacks, where decisions get even harder from connecting with Coco. It’s good to see MyDearest connect each decision so faithfully to these flashbacks and use the novel’s length to only dole out important moments. As a result, Altdeus Beyond Chronos is short of filler and invests in a highly personal tale which outweighs the gimmick for sci-fi mechs. These moments with Coco are also the most dazzling, as flower petals and other psychedelic flashback effects envelop players in VR. For a visual novel, VR has a pretty big edge in pulling readers with these CG spectacles in human and mech scenes.

Over the Quest, visuals do look noticeably cheap when compared to other typical VR novels. But Altdeus Beyond Chronos works incredibly well because it relies on images and still-3D models. There are rarely any moving parts beyond the mech scenes, while most of the bigger set pieces use grafted textures and other 2D pictures. Unsurprisingly, this means there are virtually no glitches, technical crashes or drops in frame rate. This high performance comes from an engine by experienced Japanese studio Criware, who have a knact for making portable games run like a dream. But players can notice environments like neo-Tokyo looking a bit tacked-on with flat pictures posing as in-game objects when 3D characters aren’t around. Holograms are also presented as 2D text and basic shapes when players touch them. It’s not the prettiest game, but finds a safety net from bringing cartoon animation over a 360 platform.

Without much for gameplay, Altdeus Beyond Chronos feels more like an observational piece (and that can be a good thing). It follows a similar style of storytelling for a handful of short stories like Travelling While Black, Wolves in the Walls or other experiences that shut VR users between giant paperbacks. A mix of cel-shaded 3D techniques, traditional anime visuals and 1:1 scale of objects make Altdeus feel like a proof-of-concept for a Persona VR game with only the talking scenes. It was unique to go face-to-face with a few life-sized anime characters as they suddenly approached. Their models came to life with an inclusion of voice acting which feels just right on over-the-top delivery. Other flashy moments came from seeing environments like a neo-Tokyo change with every new panel. For its short time, VR users can find a surprising amount of depth as they learn more about the world around them. Through some well thought-out storytelling, it’s more shocking to discover the post-apocalyptic nature behind some seemingly normal places.

MyDearest Inc. has dedicated the VR platform to bring an authentic and likeable cast to bring scenes to life. It broadens the potential for more Japanese developers to build interactive experiences like Altdeus Beyond Chronos for VR. The novel does a solid job by making full use of world-building techniques and dialogue-heavy narratives from manga. Just when readers finish their first run, the novel secretly carries multiple endings which add a surprisingly deep level of detail and replayability. It’s important to note that Altdeus Beyond Chronos can clock in at over 10 hours if players replay their way for a complete story. It’s enhanced by a studio who take good advantage of VR’s dream-like effects, even if it ditches gameplay entirely. But I had an enjoyable, albeit different experience in using my Quest for sitting through one of my first visual novels. VR users might not want to sleep on Altdeus Beyond Chronos because it works so well as a direct gateway into the genre, or enjoying anime in a whole other level. 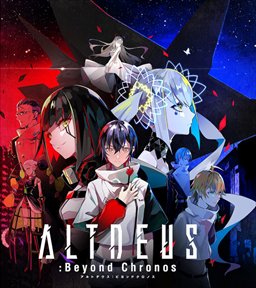