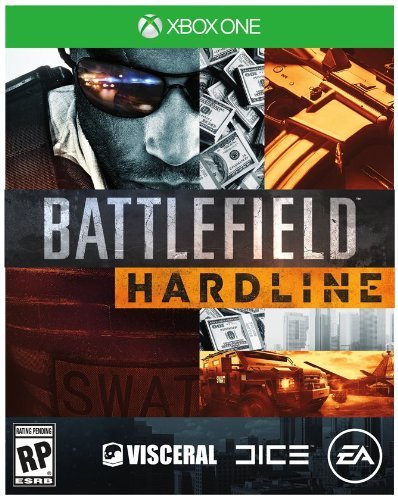 What’cha’ Gonna’ Do When They Come For You?

Playing a soldier in FPS games is a routine, almost mandatory experience, but how often do you get to play a police officer? Or a crook? That’s what Visceral Games set out to do when they got handed the reins of the Battlefield franchise, and for the most part, they’ve actually managed to pull it off.

First, let’s get the technical elephant in the room out of the way. Yes, this is a sub-1080p game, it’s actually 720p for the Xbox One version reviewed, but usually manages to stick to a smooth 60 frames per second as a result. That framerate actually drops to a more cinematic 30 during cut scenes, but few will complain about that. Thanks to is rap/hip-hop heavy soundtrack and FPS nature, it’s also going to keep a home theater subwoofer pretty busy, although ambient surround sound is not as a rich as other games, like GTA or even the FFXV demo.

Getting into the meat of the game, Visceral have crafted an incredibly politically correct story about a good cop in a corrupt world. Thanks to the impressive budget EA is willing to lavish on its AAA games, there’s a slick presentation here, complete with actors like Kelly Hu and Nicholas Gonzalez giving good performances. The story is smaller in scale, with no planet in peril or American nation under threat of extinction, this is just about cops and the morally ambiguous world they live in. It’s a strong story that stumbles towards the end on an unconvincing note, but is enjoyable—up ‘till that point—and really does feel like a decent episode of a police drama.

The actual single player game doesn’t really feel like it belongs in the Battlefield world, since it’s more about stakeouts, arrests and interrogating criminals than combined arms military strikes. But that doesn’t hurt the game in the least. The shooting—as to be expected from a BF game—feels tight and polished, while the stealth mechanics allow players to flash a badge and arrest criminals with no bloodshed, and it works pretty smoothly. Adrenaline junkies may take issue with the occasional slower pace of the game, since it moves back and forth between cop/criminal shootouts and investigations, but for those that want to see what it feels like to be a good cop in a bad world, it’s an enjoyable experience. It’s divided into 10 episodes and those episodes are big chunks of gameplay, usually lasting anywhere from 30 minutes to two hours, depending on how well you play.

Then, of course, there’s the main event, and that’s multi-player. As advertised the biggest maps can accommodate two teams of 32 which turns out to be about as chaotic as it sounds. That’s not to say it’s not fun, but there are a lot of other modes with interesting variations if traditional team death matches aren’t your thing. The most original new mode is one called “Hotwire” which modifies the “control point” modes of other games by making CARS the points that need to be controlled. Players can hop into cars with other players literally riding shotgun to stay alive while the opposition tries to snipe, shoot or pursue by helicopter.

It’s here that the game starts feeling a bit more like its earning that Battlefield label, although it might move a bit faster than some are used to. For every moment when it hearkens back to the old age of Counterstrike with VIP missions, there are Call of Duty moments where you can get killed within seconds of respawning, depending on the mode you’re playing. The trademark combined arms of Battlefield are also present here, but on a much smaller scale, since this is about cops n’ robbers shooting each other out, not warring nations bringing out the latest lethal military tech.

Ultimately, Battlefield: Hardline succeeds in creating a cop show with frantic multiplayer. It doesn’t have quite the same scope as previous games in the series, but then in many ways, it often doesn’t feel like a BF game, and that BF label attached to it often feels unnecessary. If you’re looking for a fun, solid-though-not-brilliant cop drama to play through that then lets you jump into multiplayer and be the cop or the robber, this is the game for you.