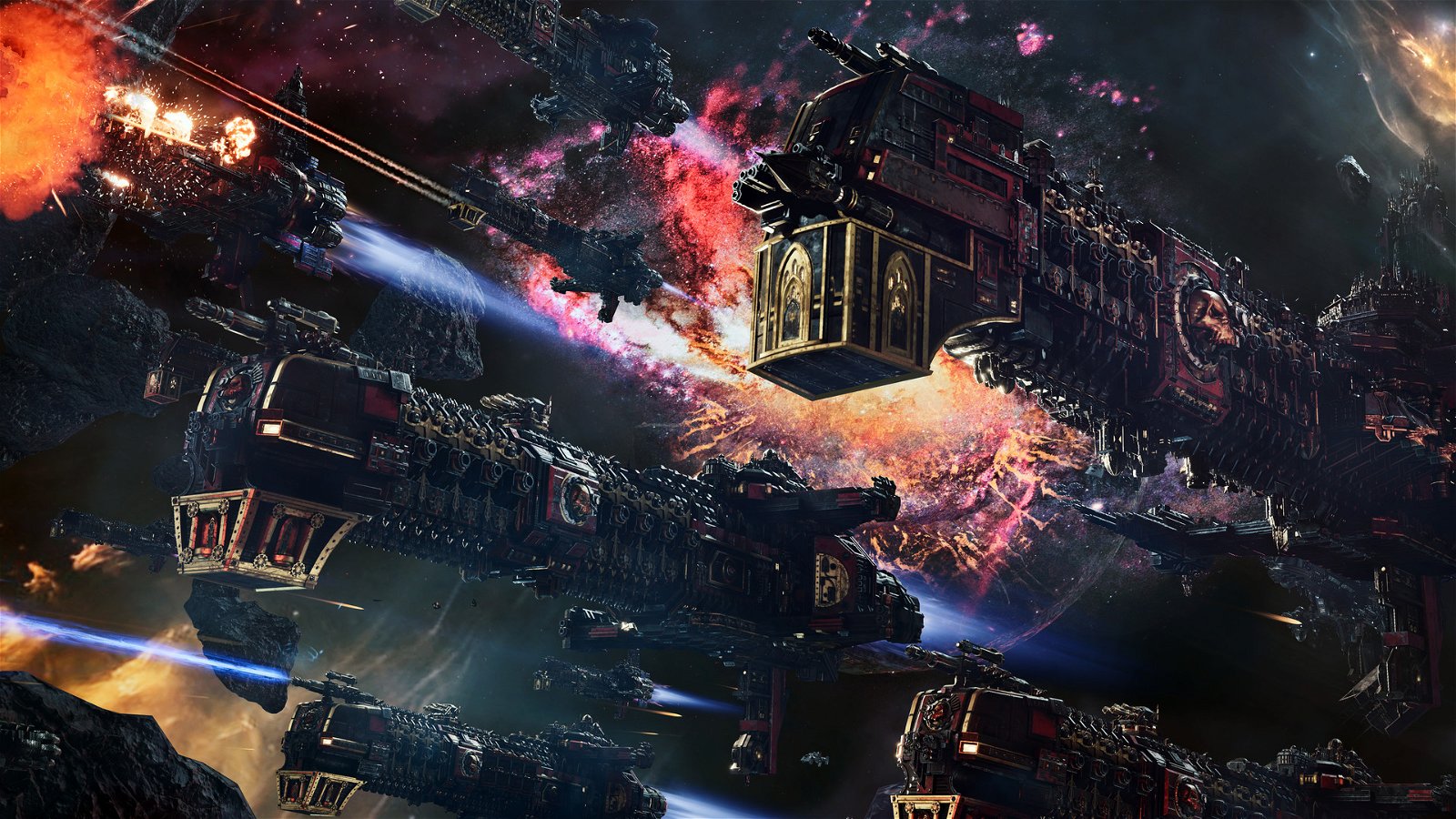 I have a deep and powerful love of science fiction, and I always have. I play board games, strategy games, and have a weird fondness for the Roman Empire and gothic architecture. Despite all of this, I have never been able to get into the Warhammer 40k franchise. So, as I boot up Battlefleet Gothic: Armada 2 I wonder if this will be the thing that finally does it for me; if I’ll put this down and pick up The Horus Heresy or just go about my life without space marines or ridiculous shoulder pads.

Luckily for me, in all my Warhammer ignorance, the internet is filled with videos and wikis so that the story didn’t leave me too far behind. Which is important, because Battlefleet Gothic: Armada 2 has story and it tells it well; following the events of the previous game, Battlefleet Gothic: Armada 2 follows the events of Abaddon the despoiler’s 13th black crusade against the Imperium of Man at the beginning of the Gathering Storm setting. In three distinct campaigns, players command the forces of the Imperium, the Necrons, and the Tyranids in grand space battles against the forces of chaos. Each campaign has its own unique quirks and abilities and is pretty fun in its own right.

Now, I saw fun, but there certainly some caveats to that. Battlefleet Gothic: Armada 2 is a deeply tactical game with systems piled on top of systems. Ships have shields and hull damage, they have crew to repel boarding attempts but can mutiny when morale drops too low. On top of all of that, most ships chug along at a snail’s pace with some guns and abilities requiring specific angles. It takes patience and planning, but what comes out in an elegant, if slow, ballet of guns and torpedoes. The whole thing looks gorgeous, with massive spires and cathedrals sitting on the backs of metal space leviathans spiting fire behind them and lasers in every direction. Everything is rendered beautifully even in the grimmest of circumstances.

The thing is, the slow pace and complicated systems are not really a bad thing.  Don’t get me wrong, some folks won’t be able to hang with all of this. As a massive capital ship lurching into position, or a bomb counts down to detonation, the tension is palpable. It can be frustrating, but it can be exhilarating. The anticipation as a group of torpedoes closes in on where a target ship is going to be can make this game. Luckily, you don’t always have to do all the thinking. Ships have a pretty serviceable AI that players can toggle on and off, and even assign targeting priorities so that you’re not the only one in the driver’s seat.

Missions are resolved in one of two ways. Before the battle commences fleet strengths are compared and a point goal is reached. Factions gain pains by destroying enemy ships or controlling strategic points around the battlefield. Get enough points and you win, simple as that. Alternatively, you could just destroy all of the enemy ships. That also works.

Apart from the grisly ship on ship combat, between missions players will participate in a miniature 4X style strategic game where they repair ships, manage and upgrade systems, and bring new ships into the fight. It’s a nice thought, but feels lacking in a lot of ways. Honestly, I feel like they could have lost that aspect all together and the game would not have suffered for it. There is a skirmish mode and multiplayer for when you’re done with the campaign, but the lack of mission variety really puts a damper on the whole affair.

Battlefleet Gothic: Armada 2 has some pretty good sound behind everything. The music feels epic enough to fill the war-torn void of space, but the voice acting is really what sells thing. It takes some talent to deliver lines about immortal god emperors and blood gods and their need for, above all else, more blood, but this game delivers. A misstep here could have broken the immersion in a heartbeat, but the performances are better than I could have ever expected.

Battlefleet Gothic: Armada 2 could have easily been another forgettable Warhammer game in a world already littered with them. However, what came out is a tense, fun strategy game. While I don’t think I’ll be plunging directly into the books now, I might give the miniatures game a whirl, sometime.

While not quite a homerun, Battlefleet Gothic: Armada 2 is a fun, tactical space combat experience with some nice story to boot. 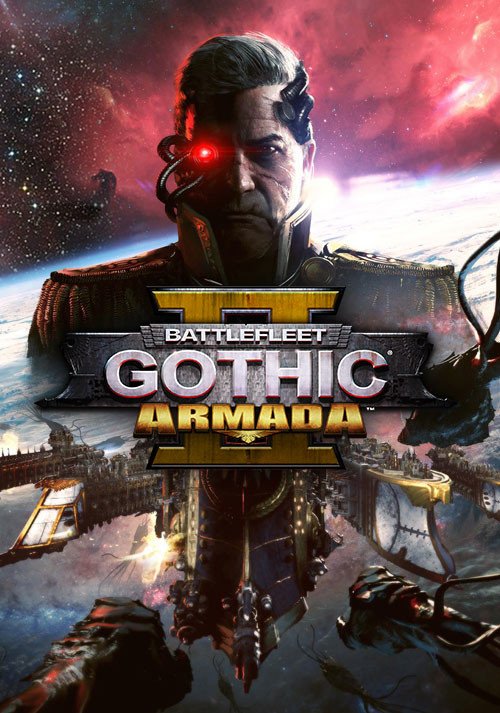