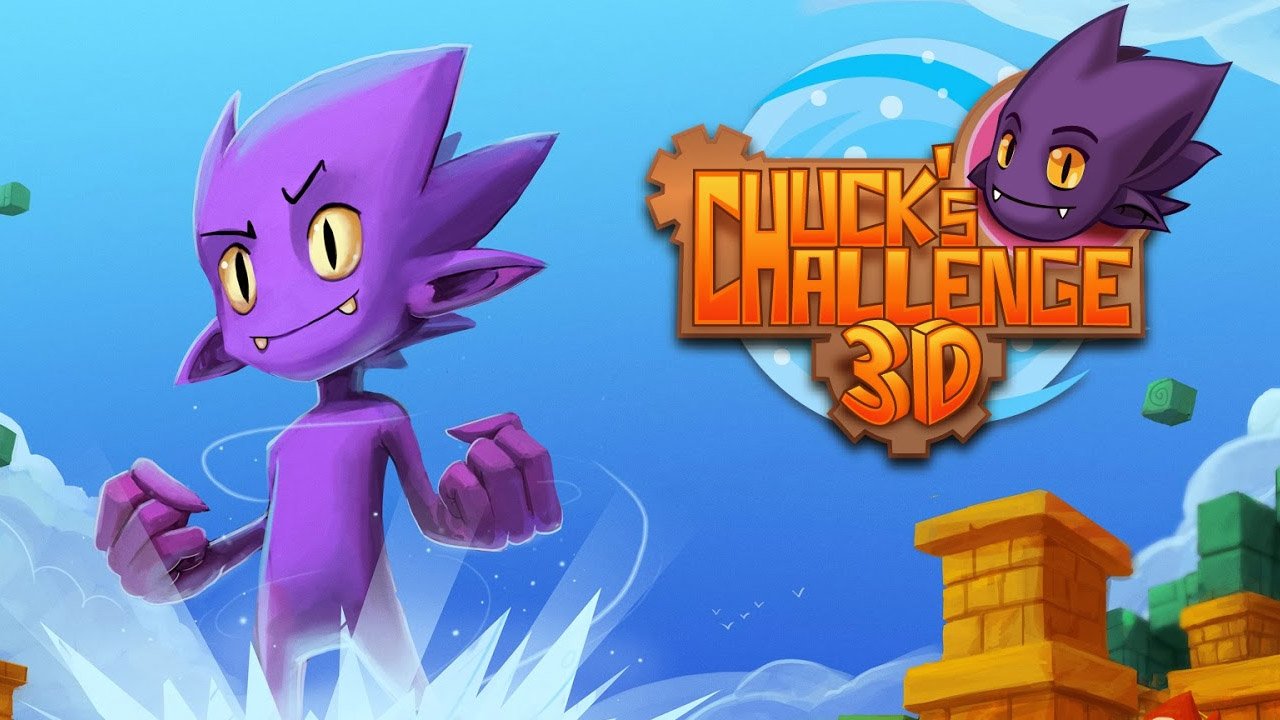 Recent years have seen an explosion in the number of reboots – think Ninja Gaiden, Tomb Raider, Prince of Persia, Thief, XCOM – but how often does a game franchise go over 20 years between releases?

Yes, Chuck’s Challenge is certainly a rarity in a medium as young as gaming. Its predecessor, the 2D puzzle game Chip’s Challenge, debuted in 1989, with the eponymous Chip pushing blocks and collecting keys, power-ups and microchips on his way to the exit. A spiritual successor came out a few years ago on iOS, but the more graphically impressive Chuck’s Challenge 3D has only just appeared on Steam and Google Play.

So what has 24 years done for Chuck’s Challenge 3D? Well, not a whole lot, really.

Certainly the presentation is much better: the game features a cheery, colourful aesthetic and a host of bizarre alien creatures, which gives you something pleasant to stare at while your brain grinds out a solution to the latest seemingly impossible conundrum. There are a few serious technical problems, however. The depth of field is tuned way too high and liable to give you a headache – thankfully it’s easy enough to turn off – and playing in certain resolutions in windowed mode will cut off the edges of the level, making progress nearly impossible.

The new story, meagre as it is, would be better off removed. The idea is that Woop, an extra-dimensional being, has pulled game designer Chuck Sommerville into his world to create puzzles for him. Their conversations act as needless tutorials and sad attempts at humour, which would be hard-pressed to extract a smirk or chuckle from anyone. For example: Chuck is hungry and asks Woop for a hamburger. Woop provides a beet instead. Chuck is unsatisfied. Cue laugh track.

Of course, anyone who picks up Chuck’s Challenge 3D is there for the gameplay – and that does not disappoint. There’s a lot of variety on display, with plenty of different obstacles and creatures introduced over the course of 125 levels. Much of the pleasure of the game comes from seeing the same pieces combined in new and ingenious ways. A monster that doggedly chases you might be a simple annoyance in one level, while in another might need to be coaxed through a maze to step on a switch. There are also a number of action- or timing-based levels to break up the slow-paced head-scratchers.

The stages are opened up to you in packages of five, and completing three of the five allows you to move on. This is a really effective limitation: a totally open-ended experience would encourage you to skip all the tough stages in favour of the easy ones, while a strictly linear progression would force you to look up a walkthrough if you got stuck on one particularly brutal challenge. Plus, if you finish all 125 stages in the main game, you can take on any number of user-made levels – or, for creative types, try your hand at designing your own.

Another really smart design choice is the time-reversal mechanic, which greatly reduces the frustration and tedium that often accompanies these types of games. Rather than forcing you to restart a level if you, for instance, push a block the wrong way, Chuck’s Challenge 3D lets you tap a button go back one step as many times as you’d like. This is an absolute godsend on the more complicated stages; however, it also has the undesirable side-effect of allowing you to cheat your way through action or timing stages without skill or forethought.

There are a few more quibbles that we could mention – such as the abject cruelty of including fake walls that are unannounced and unmarked but necessary to find to proceed – but for the most part, Chuck’s Challenge 3D delivers on its mandate. The game presents a healthy pack of varied, creative and stimulating challenges and adopts some welcome conveniences. It’s by no means a massive departure from the ancient Chip’s Challenge – a title that debuted on the Atari Lynx, for goodness sake – but that may be less a comment on present shortcomings than a tribute to the timelessness of good game design.

Of course, anyone who picks up Chuck’s Challenge 3D is there for the gameplay – and that does not disappoint.