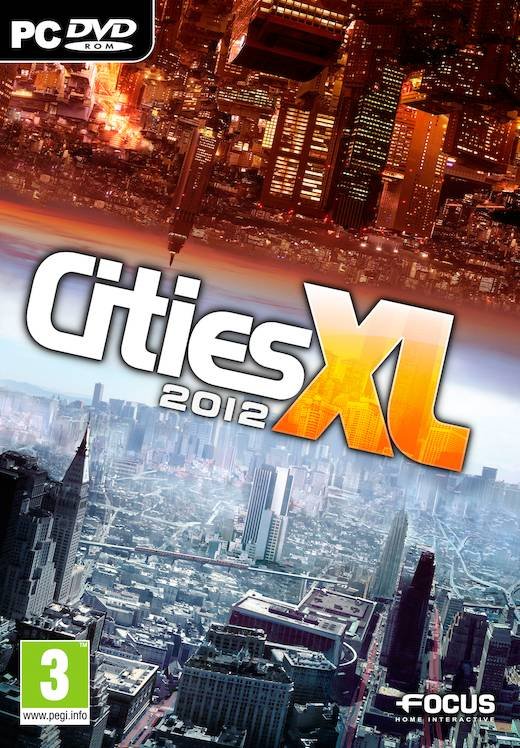 I’ve never wanted to be a city planner — but then again I’ve never wanted to be a Marine, a ninja or a plumber, and videogames have made those jobs fun enough. A lack of passion for zoning issues, the creation of virtual economies and management of public infrastructure (vote for me in the next municipal elections) made for a few ounces of trepidation as I went into reviewing Cities XL 2012, a city-building simulation. Yet, somehow, on the other end of it I gained an appreciation for the game as a niche experience with a lot of love for its subject matter.

It’s important to note that Cities XL 2012 is, essentially, DLC for Cities XL 2011 — a title that looked to fill the void left behind by Will Wright’s Sim City series (which hasn’t had a proper iteration since 2004 or even a spin-off since 2007). The base game is a fairly robust simulation focusing on the ins and outs of constructing and managing an urban centre, while the expansion is comprised of additional maps, an assortment of new building types and modding tools (including, for the most hardcore, the ability to convert drafting software creations into game files). CXL 2012 (which I will now refer to it as, in true spreadsheet fashion) is available as either a fully updated standalone or an update to the original game, but this review focuses on the total package.

The first thing a player will notice is that CXL 2012 is not presented particularly well. Menus and tutorial dialogue are filled with sloppy mistakes like misaligned text and sentences that are cut off by the edge of a window due to careless design work. Once the meat and potatoes of the game begins — actually building a city — this is easier to ignore. The visuals are detailed, holding up well from close-up or far-out zooming levels, and a wide variety of terrain types make for a number of novel locations to plant a city in. After creating one thriving town and getting bored with its management, it’s refreshing to head back to the world map, find a level with completely different geography (say, a beach, an island or the base of a mountain) and start off again with a new aesthetic.

In theory, the player can create an entire customized world (though it is kind of baffling that the planet map uses the occasional real-world location set upon the a fictionalized version of Earth) by linking one town to the next. This is pretty neat and a real pull that helps to get players invested in the game: play enough and you can be the architect of a brave new world.

There’s plenty of choice involved in kicking off each new settlement as well. CXL 2012’s city building mechanics are streamlined enough for accessibility but complex enough that those who put the time and effort into exploring them will be amply rewarded. From different styles of road to picking the layout of a city (it is equally possible to create an Orwellian nightmare of carefully plotted, uniform offices and bland residences as it is to build a colourful resort town), CXL 2012 contains enough variety to appeal to the casually and seriously invested alike.

Although the inclusion of catastrophic events like hurricanes or, say, an alien invasion would probably have skirted too close to completely biting Sim City’s rhyme, this sort of thing is sadly missed. For all of the choice presented in the architectural side of CXL 2012 — the real heart of any city building sim worth its salt — missing the possibility of unforseen ruin feels both too safe and somewhat false.

This highlights another issue: the general lack of challenge. Despite a lot of messing about during my first attempt at making a city (a haphazard collection of suburbs, factories and schools that looked not unlike a Lego set recently Godzilla’d by a raging infant) I ran into no real trouble creating a sound economy or happy population. My little people seemed unbothered by the fact that their fate lay in the hands of a city planner with the foresight of a goldfish. When I saw that they needed jobs I plunked some places of employment down; when they wanted more security I gave them police officers. Even when exploring the game for the first time, there was no sense of urgency — no sense that any action performed would have consequences of any real weight.

The lack of difficulty is the part of CXL 2012 that will either win or lose fans.

By including the potential for serious ruin, decisions would become something worth considering rather than simply doing as a matter of course. More thought would be required when plopping down a set of shops or installing an intersection. This isn’t to say that a peaceful experience isn’t unwelcome in a simulation where construction is the point — only that the option to introduce a higher degree of difficulty would go further in actually making this more of a game and less of a creation tool. The inclusion of an “Expert Mode” (which unlocks all building tiers automatically, allowing the player to spend as frivolously as they please) does little to address this and is more of a shortcut for veteran players than anything else.

Matching the easygoing pace of the game is a background of horrendous easy listening music, reminiscent of a 1980s softcore porn soundtrack (just listen to that saxophone). Considering how little audio there is outside of this, though, the game all but encourages its audience to substitute their own tunes in the background. The odd bug can impede progress as well (one stopped me from being able to complete the first chapter of the tutorial and a few crashed the game) and could use patching. Though annoying, none were so bad as to make the game completely unplayable. Just the same, the lack of polish from a continuing series is a bit disheartening.

As a newcomer, CXL 2012 stands as an interesting return to a dying genre (the full, standalone version is not a bad use of $40) but, at $15 for the 2012 update alone, the game is only worth it for the hardest of hardcore. The added variety and modding support is great to see but the fact that this is the latest in a number of games using the same basic framework makes the absence of stability and the presence of so many niggling, easily fixable presentation problems baffling.

Fans of city building simulations coming into Cities for the first time will find a lot to like here. Plenty of maps, buildings types and modern graphics make the game well worth sinking some time into, and the care taken for the core gameplay clearly demonstrates a developer with a lot of passion for the genre. Those who aren’t already interested in city building simulations likely won’t find anything here to win them over, but those who are will likely find Cities XL 2012 a worthwhile method for expressing themselves through one of the most noble of human arts — urban planning.

Fans of city building simulations coming into Cities for the first time will find a lot to like here.
REVIEW SCORE
8
File Under: PC, Strategy