Crimson Dragon (Xbox One) Review: Repetition at its best 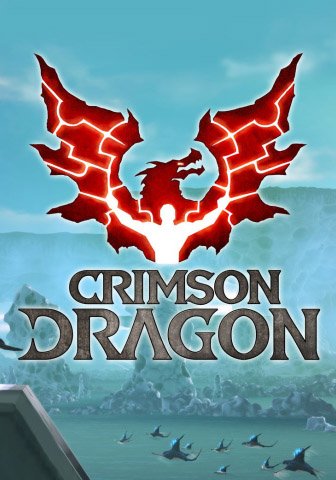 Panzer Dragoon is a big deal to some people. I never had any Sega systems as a child (certainly not Saturn or Dreamcast), so I never got a chance to try it, but the idea of flying a dragon about and blasting tons of enemies is a tantalizing one. I enjoyed the Star Fox series, and this kind of game is of a similar vein. So Crimson Dragon, which boasts the director and many members of the Panzer Dragoon staff, should provide an intense, dragon-based combat experience. Sadly, I can’t say the actual product is too appealing, as repetitive, short levels and a requirement to repeat levels to gather XP and money makes this a tedious game.

The game takes place on a world where human colonies are guarded by the dragon-riders of the Icarus Division, survivors of an alien virus that turns its subjects into scaly mutations. As a new recruit, you deal with the increased instances of this virus, which conveniently also makes the local wildlife go homicidal and spread the disease. The world looks rather good, with great honey-combed rock formations and bizarrely geometric underground structures. The dragons also get a pass, having a collection of rather unique designs, and some impressive-looking powers (of varying degrees of effectiveness).

What we have here is a rail-shooter, with the dragon flying on a fixed path through a stage. It looks pretty enough, but there’s no exploration to speak of, as you fly your established route. There are rare instances where the game opens up into a small free-flight mode, and you control direction and speed of flight – however, the arenas are too small and flipping about when you hit the edge is disorienting. You feel like you can barely move, and either get pummelled, or fly too fast and miss all shots (until you collide with a boss monster). Many of the maps are clearly suited for open flight, so it’s disappointing to be so restrained. It wastes the art assets that the game provides.

Flying along a straight line and shooting enemies is actually pretty fun, so a free game like this should be sufficient if the gameplay is solid. Sadly, the gameplay’s not really strong enough to save its limitations. Your dragon feels strangely fragile, easily falling to enemy attacks as the game’s dodge mechanics are…. well, dodgy. There’s a delay between when you complete a dodge and when you start firing again, which means that if you’re repeatedly dodging waves of multiple enemy fire, you’re not firing back.

All in all, this game just isn’t really that fun. You have to repeat levels several times to get the items necessary to unlock future levels, as well as the XP and items necessary to survive in said levels. The levels themselves repeat general structure and enemy progression as well, and with only a few actual maps, you tend to see the same thing over and over.  Collecting the data cores, a common mission, is infuriating when only the dragon’s central body collects them, but seems to work better for certain dragons over others. Bosses look imposing, sporting the best designs, and the fights are less tedious than the main missions, and don’t need to be repeated as often.

Dragon upgrading is a slow, laborious process. Your character gains levels, which allows you to get new dragons, but since each mount must be individually levelled to be effective, it becomes a long process of farming XP items or repeating levels to power up for the later content. Since the rock-paper-scissors elements system doesn’t keep a dragon from learning other elemental powers, you can keep using a single dragon if you don’t mind some harder levels, and by the end your one dragon is often strong enough to crush all enemies regardless of personal element.

The premium currency, jewels, are extremely cheap, with the largest of the three packs being 45 for $9.99. In practice, there’s only one item that jewels are needed to buy (a deluxe item pack), and I doubt it’s worth. You get jewels from fulfilling certain criteria in missions. I surmise the intent was to use these to buy item packs and thus get XP and evolution items needed to level and upgrade your dragon, as a means to skip repeating levels. If this is true, it’s an unfortunate feature; if the levels are too tedious to repeat to get achievements or higher ranks, what’s the point of even having these?

In the end, it’s the repetition that kills this. The levels look quite good, befitting a science-fiction arcade-style shoot-em-up, the dragons and their powers are cool, and there are moments when you feel great for shooting down a giant serpent or wave of enemies. But you have to keep doing it over and over again, often repeating levels, and it loses its lustre fast. Greater variety and more mobility would have made it a better, more fun game; I had to push on through the first few levels to get to the end of the game. You want people to keep playing, and you want them to consider buying new things so they can keep playing more for free-to-play.

This game didn’t do either. Perhaps updates with give more varied content, but for now, it’s not really worth it.

Crimson Dragon, which boasts the director and many members of the Panzer Dragoon staff, should provide an intense, dragon-based combat experience.
REVIEW SCORE
6
File Under: Free To Play, Microsoft, Xbox