Waiting for the Apocalypse to End 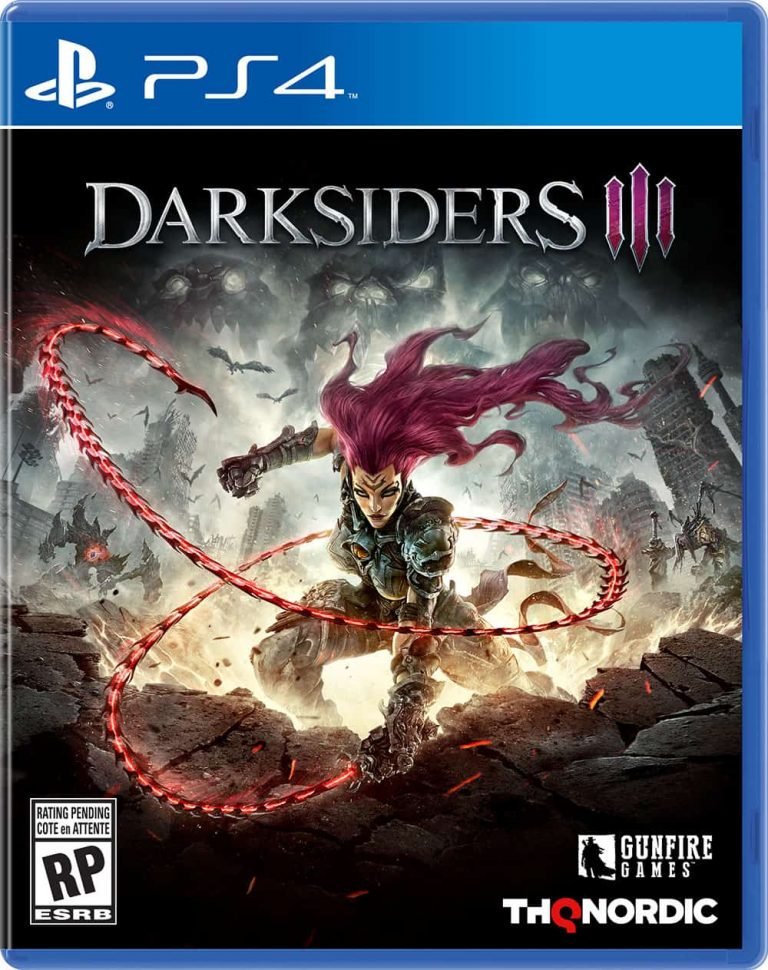 Darksiders 3 is a game that straddles the line between two different ideas, never fully committing to either.

It wants to be a modern action-adventure where you explore a dense world, using a variety of abilities and tools to solve puzzles and search for hidden secrets. It also wants to do away with the arcadey, over the top action of its predecessors for a more tactical approach to its combat. Neither works well with the other, and the end result is not pretty.

This time around you play as Fury, one of the Horsemen of the Apocalypse and by far the most arrogant and impetuous of the four. As her brother, War stands accused of prematurely starting the Apocalypse, Fury is tasked with hunting and capturing the recently escaped Seven Deadly Sins that have fled to Earth. Joining her is a Watcher, a being assigned to simply do what her name implies, and together they travel across the blasted remains of humanity’s home.

Fury herself is arguably the most interesting of the Darksiders protagonists so far, if only because she undergoes an actual character arc over the course of the game. There’s little in the way of a supporting cast that gets much screen time, apart from the Watcher assigned to follow her. Of the supporting cast that is present, most are underdeveloped, but at least the Sins themselves are cartoonishly over-the-top in design and dialogue.

Darksiders 3’s world is far more open at first glance than either of its forerunnes, and is easily more visually impressive. Verticality is the name of the game, and the world wraps around itself time and time again with shortcuts, secret areas, and its commitment to backtracking. Several areas are blocked off at the start, but as you progress, you’ll gain new powers to solve puzzles and clear old areas to find new places to explore. For example, gaining a hammer will let you smash purple rocks that are periodically found in the environment, while unlocking a set of burning flails will let you burn down a spider-web like substance.

Darksiders 3 shares more in resemblance to the works of From Software than it does to its The Legend of Zelda inspired predecessors. Enemies are fewer, the world itself is far denser, and there’s no clear line between the world itself and dungeons. In theory, this would be interesting, but controlling Fury is rather awkward. Her jump lacks momentum and doesn’t go particularly high, and the power ups she gains over the course of the game are similarly unwieldy. The rocket jump upgrade is difficult to control, for example, and platforming can be more trouble than it’s worth. I enjoyed exploring the apocalypse in Darksiders and Darksiders 2; I enjoyed it far less here.

One would hope that these annoyances could be put aside with the combat, but it is there that Darksiders 3 truly stumbles. Instead of cutting through hordes of small enemies and nimbly squaring off against larger ones, Darksiders 3 instead makes combat tactical. It doesn’t take much for Fury to die, and thus your low survivability requires you to take things slowly. Her primary weapon is a whip, and while it has some range, it’s still designed for close encounters, meaning you have to keep an eye on enemies in order to dodge attacks. But most attacks are designed to look flashy, which visually clogs the screen and makes dodging difficult.

While her whip is her primary weapon, Fury has access to a small selection of forms called Hollows, each of which has its own secondary weapon and magical attack. These offer some variety to the proceedings, and I found myself attached to the Storm Hollow most of all, which uses a spear and imbues Fury with lightning attacks. Yet while each weapon has a sizable list of attacks and combos, in practice you will use the same simple combos over and over again because it is guaranteed to work.

On top of all this, the camera is a pain to control in fights, in part because locking onto an enemy requires you to hold down a button and switch targets with an analog stick. That is outdated design, and has no place in a game where battles regularly feature more than one enemy. And when that camera hits a wall, it does not pull out further, but instead closes in on Fury, making it even more difficult to dodge attacks. All of these combine to make combat a tedious affair. The only saving grace is the game’s boss fights, which are challenging and fun in part because the camera issues and difficulty dodging are less of an issue with one enemy.

Even with the changes to combat, Darksiders 3 remains a perfectly average and sometimes fun game until you hit the final stretch. The last quarter is marred by framerate drops, frequent loading times, and a cavalcade of bugs and glitches. Now, these issues were present throughout the game, and were annoying, but not as frustrating nor as commonplace as they were at the end. At one point, a block needed to activate a switch refused to move, which resulted in me restarting the game several times to avail, before hitting it for nearly 20 minutes straight finally caused it to move again. In another instance, the camera worked together with the dropping framerate to prevent me from seeing attacks.

I increasingly just wanted to finish the game so I wouldn’t have to put up this anymore. Any attachment to Fury and her journey went out the window sometime after I had to play through the same section again and again because Darksiders 3 forced the game to load a new area in the middle of an instant kill trap. I was open minded if ambivalent when I started playing; by the end, I was all but done.

Which is a shame, because I want to like Darksiders 3. The world itself is promising, and there are brief moments where I can see the kind of game it could be given enough time. But now, it’s just not sure what kind of game it wants to be. It either needed to fully commit to the style of past games or or embrace its new tactical combat wholeheartedly, and it’s disappointing to see it embrace neither. Far from being a triumphant return, Darksiders 3 is easily the low point for the series.

Darksiders 3 is a game that’s never quite sure what it wants to be, and suffers for it.
REVIEW SCORE
4
File Under: Darksiders, THQ Nordic