Like everyone else, I was initially sold on Dead Island through its now-infamous trailer; giving off the vibe that it would be a more emotional take on the zombie game. The final product was decidedly not that. Regardless, the game sold well enough to start a franchise, and fast-forward a few years later, Techland and Deep Silver have decided to follow the trend of re-mastering last-gen games to current consoles. But does it have enough to make it a vacation worth revisiting?

Dead Island: Definitive Collection features the two main games in the franchise: Dead Island and Dead Island: Riptide. The plots of both games are nearly identical: You play as one of four (or in Riptide’s case, five) characters whose backstories are completely arbitrary to the story (barring weapon preference). You’re on an island during a zombie outbreak and you meet up with survivors and try to escape said island. The plot elements are just loosely stitched together between bouts of zombie killing. None of it is ever particularly engaging, and all the characters are just vague tropes and stereotypes you’ve seen done better a million times in better games. 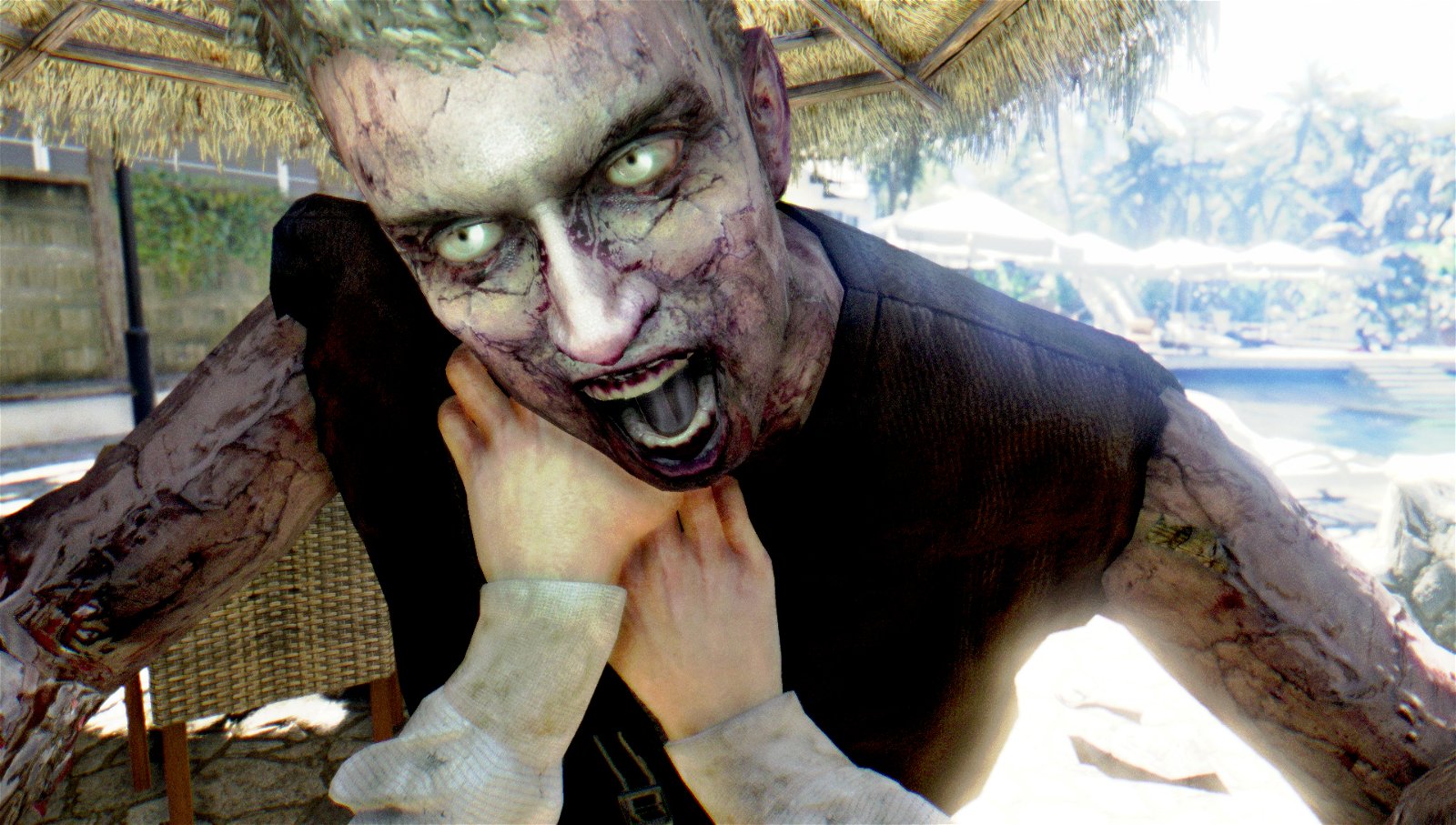 Both games received some much-needed visual upgrades for this collection. The lush environments are varied and fairly impressive, from the exotic resort of the first game to the flooded shantytowns featured in Riptide. In addition, characters don’t look as blocky as they did in their original versions. That being said, the characters still have a strange, dead-eyed glare in cutscenes, giving them that creepy mannequin look and feature mostly awful voice acting. It also doesn’t help that there are still dozens of technical problems. Hit-boxes are inconsistent, sound effects will just cut abruptly, and there are visual glitches galore.  If I had a nickel for every time I noticed Sam B’s chain go through his chest or witnessed a dismembered zombie part randomly float in midair, I’d probably have enough money to buy something off a fast-food value menu. 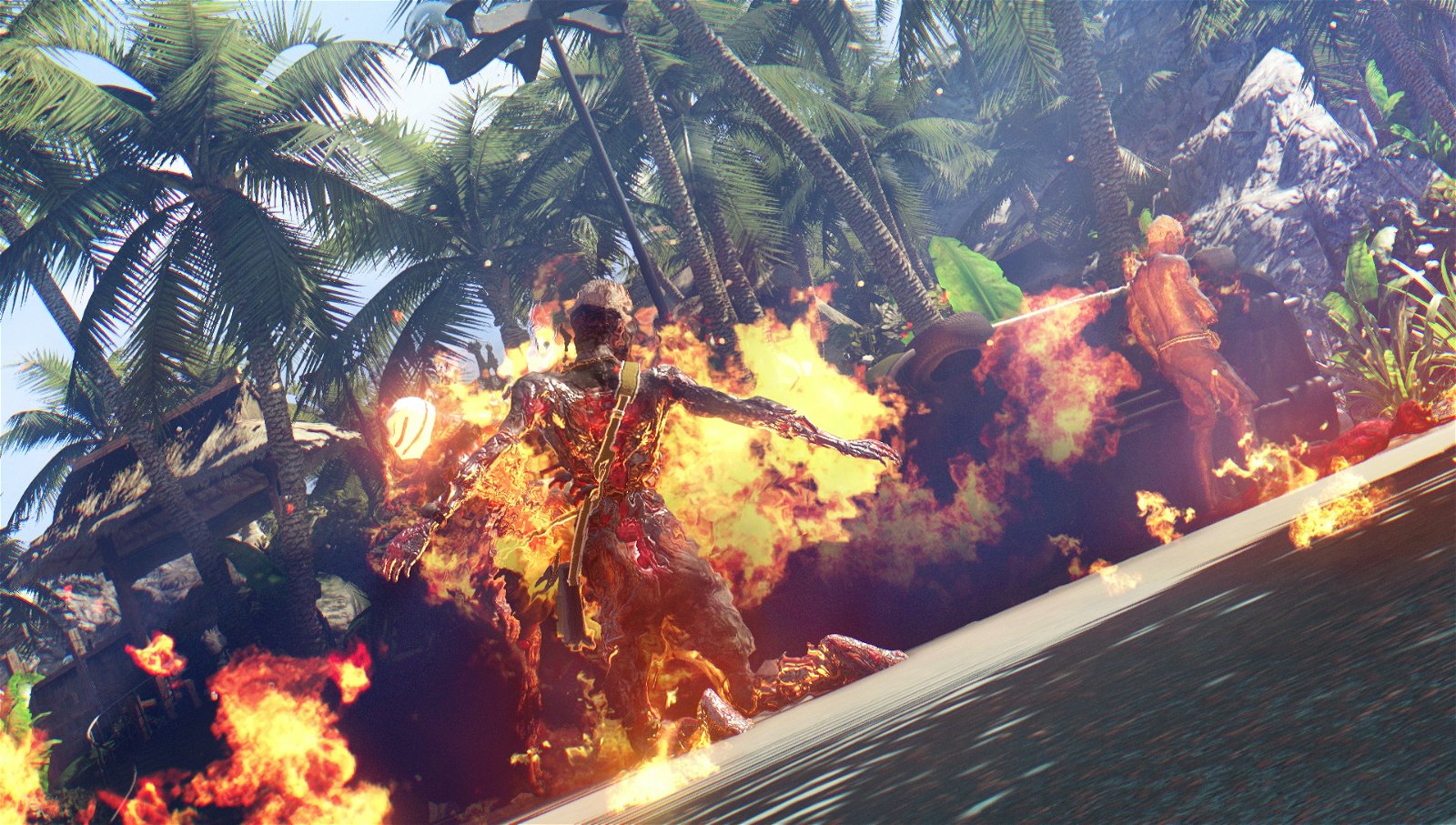 The core of Dead Island’s gameplay, and arguably the highlight, is the melee combat. The island is filled with a large variety of weapons including paddles, knives, axes, hammers, bats, and more; all of which you can use while facing off against the hordes of undead. It’s always satisfying when a particularly effective hit breaks a bone or dismembers a zombie. It’s a feeling that never got old, even if the overall game did at points. There’s also a small assortment of guns, from pistols to shotguns, but the gunplay still feels very clunky in comparison. Every weapon in the game degrades after use, so you have to frequently maintain them by going to workshops where you can also make weapon mods based on objects you find in the environment. 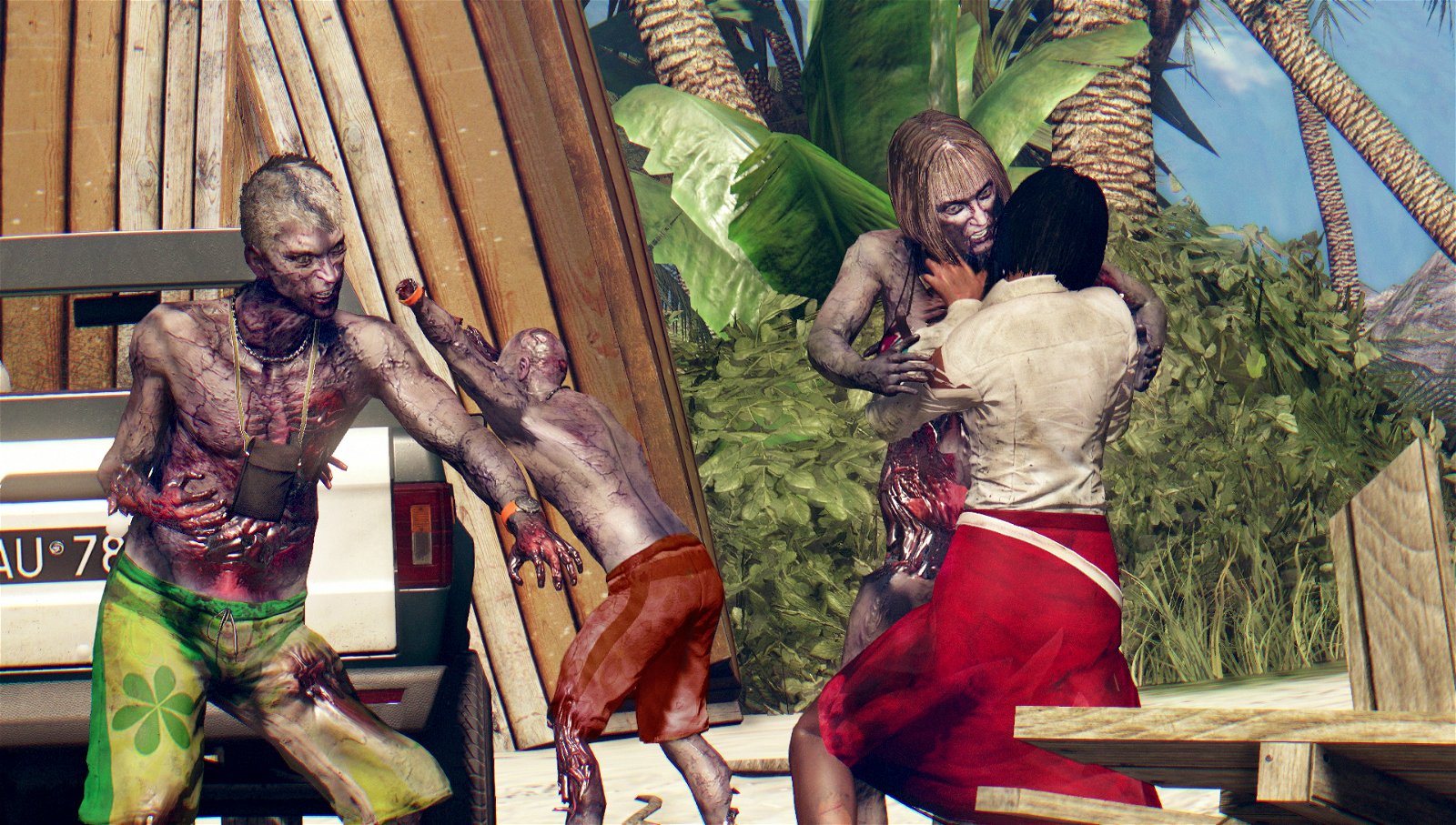 There isn’t much in terms of new content for returning players. All the DLC (barring the Ryder White’s Campaign and Bloodbath Arena DLC in the first game) consists of simply a few extra weapons and clothing options. Nothing substantial aside from a hilarious “One Punch” mode imported from a popular PC mod where you can take out nearly every zombie in your path with lightning-fast punches. The only other form of new content in the collection resides in the new bonus game, Dead Island: Retro Revenge. Rather than a semi-serious open world action-RPG like the other games, Retro Revenge is a light-hearted 16-bit endless runner. You play a guy (who sounds a lot like Jack Black) trying to rescue his stolen cat and RV who runs through waves of zombies across California. It’s a fun and decently lengthy distraction to get people excited for Dead Island 2 (as they share the same setting), but it won’t hold your attention for too long.

Dead Island: Definitive Collection is a symbol of the franchise’s great ideas, hampered by what is merely an okay execution. The visuals have improved noticeably and the melee combat is still satisfyingly visceral. However, the series’ noted technical problems remain, the paper-thin story and characters are dull, and there isn’t enough new content to justify existing fans to purchase it again. If you have an itch for some open-world zombie action (and have already finished the superior Dying Light), then it’s worth grabbing a few friends for some zombie-killing fun in the sun.

Dead Island: Definitive Collection is a symbol of the franchise’s great ideas, hampered by what is merely an okay execution.
REVIEW SCORE
6.5
File Under: Dead Island