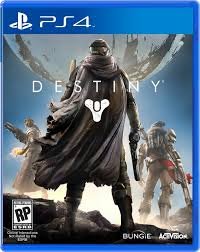 Destiny’s latest expansion, House of Wolves is, in some ways, the last of Bungie’s “free pass of good will” earned during the initial hype of Destiny’s pre-release. When everyone was certain this was going to be the next Halo, it seemed like a no-brainer to pre-order the two upcoming expansions without even questioning whether they’d be worth it. Nine months later, fatigue has set in, and while many will automatically be receiving this expansion as part of their special edition purchase, some will not. And for those players, depending on how much they love Destiny, it might be slightly more worthwhile than The Dark Below was.

The Reef is the asteroid belt sector of our solar system players briefly ventured to in initial Destiny campaign. Now it’s permanently open, with a new social space accessible even for people that haven’t bought the DLC. However, for those that did, Petra Venj is a new quest giver tasking players with five new story missions and one strike surrounding a rogue alien “house” that needs bringing down. All of this is tied up in the once again complex—and ultimately irrelevant—lore Bungie have built around the Destiny setting, and they still haven’t found a way to make it more integrated or significant to the game.

Once again, the story missions throw in some new characters to chatter over the radio, but recycle largely the same environments players have explored, and palette-swapped a few enemies here and there. It starts getting a bit more interesting towards the end, but it’s clear from the lack of Dinkle-bot commentary that we’re probably never seeing Peter Dinklage reprise his role of your ghost again.

However, the biggest and most important change to the game—namely the way gear works—is probably what’s going to draw in a lot of lapsed Destiny players, and fortunately this is change is a free patch that affects all players. Upgrading gear is no longer quite the marathon it once was, with players able to retain the stats of weapons, and even upgrade existing gear to meet the new performance caps that have come with House of Wolves. And this really is the expansion’s biggest issue; the patch changes that are free to all are more important than the paid content.

As a standalone purchase, it costs $20. What that gets you is a handful of new story missions, some PvP maps, a new “horde mode” called Prison of Elders, and a new PvP 3-on-3 mode called Trials of Osiris, as well as the expected new gear. Prison of Elders is, in typical Bungie fashion, well designed for shooting, and a lot of fun. Trials of Osiris continues to give PvP new ways to engage, and on the whole, they are fun, welcome additions to the Destiny routine, just maybe not $20 worth of fun and welcome. Unlike The Dark Below, there’s no new raid, so in some ways, there’s actually less content in this expansion than the previous one. The changes that really matter, the new social space, the changes to the way loot and leveling work, the less brutal gear advancement systems, are all FREE to all players to download as the most recent patch to the game.

This puts House of Wolves in a strange place, because the patch that came in anticipation of the expansion absolutely makes the game play better. It makes some much needed changes to the game that are less cruel and alienating to players, finally addressing the brutal grinding cycles Bungie imposed. So, if you get all the crucial changes for free, do you want to pay $20 for some new story missions, a strike, some new bounties with (finally) different objectives and some new PvP maps and modes? For the hardcore Destiny players, the answer is “Absolutely,” since any new gear or modes gives the overly familiar fan something new to do. For newcomers, you might want to get a feel for Destiny itself and come to grips with the new mechanics before deciding to splurge on what amounts to a handful of decent content.

Destiny’s latest expansion, House of Wolves is, in some ways, the last of Bungie’s “free pass of good will” earned during the initial hype of Destiny’s pre-release.
REVIEW SCORE
7
File Under: Activision Blizzard, Destiny, Expansion, FPS, PlayStation, Xbox