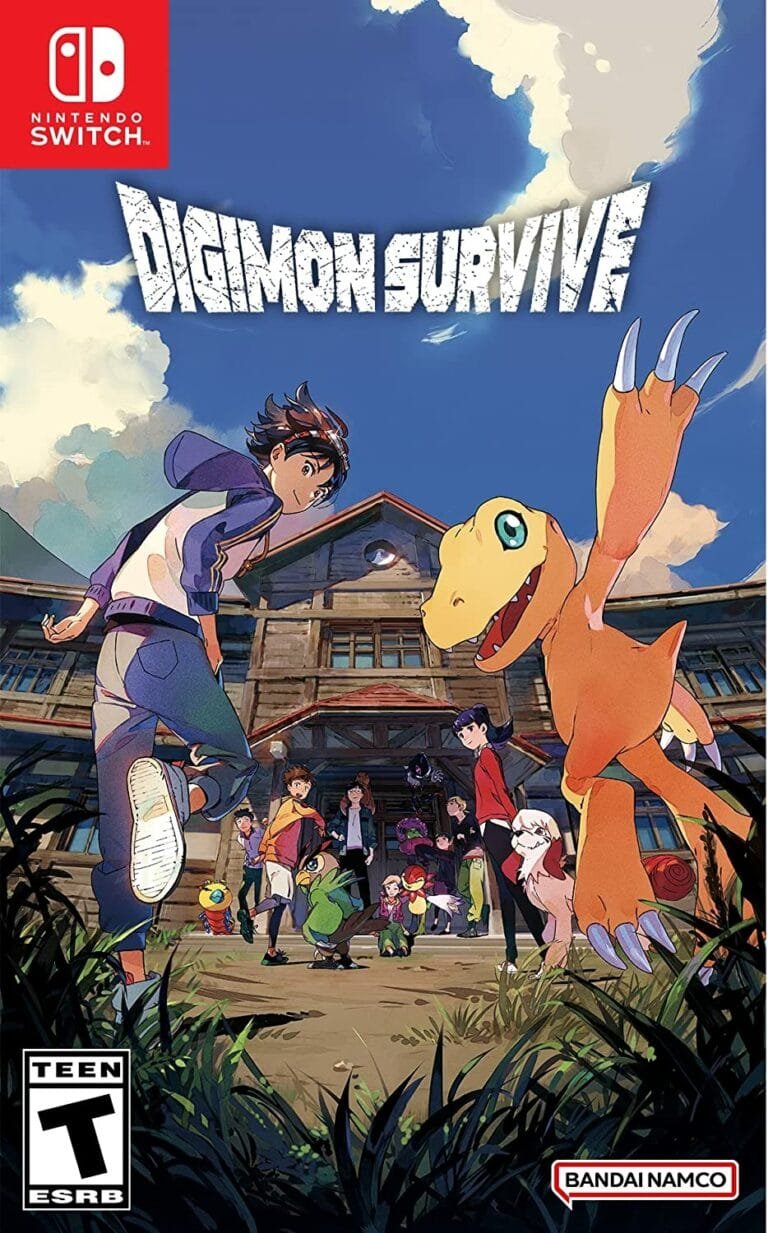 Some of our younger readers may not know this, but back in the early 90s there was fierce competition between the two digital “mon-based” properties—Pokémon and Digimon. To this day, I maintain that while Pokémon definitely had the better game (both video and card), Digimon was always a much better show; featuring more interesting concepts, storylines, and characters, added to by the fact that the Digimon themselves could talk.

Growing up, I never really saw any Digimon games that sparked any interest—with most looking like top-down beat em’ ups, or being on the PlayStation which I did not own. It wasn’t until 2006 when I played Digimon World DS that I finally got to play a Digimon game that rivalled the Pokémon series.

Digimon games have been daring to try harder than its (arguably) more successful counterpart, which has led to some interesting titles like Digimon Story: Cyber Sleuth, and most recently Digimon Survive—a game that blends a visual novel, with tactical turn-based combat to incredible effect.

Digimon Survive is a bit of a strange game. Not bad, but definitely strange… Telling the story of Takuma and his group of friends who, while on a field-trip, get attacked by corrupted Digimon—referred to as “Kemonogami” which translates to beast gods—when they are “spirited away” to a world that looks like theirs, but is somehow different. When Takuma is beset upon by the angered Kemonogami, he is saved by none other than Agumon, and the two set off to find Takuma’s friends, and return to their world.

Being a visual novel, there is a ton of story and character dialogue being delivered in Digimon Survive, but it’s really well-structured and feels genuinely like you’re playing through a season of the anime. Strangely though, the story takes on a much more mature tone to suit the older characters—even featuring some light swearing in the dialogue! The tone can shift pretty widely too, as some moments are heartfelt and sweet, and others can get genuinely tense and even a bit scary. As with most visual novels, the pace can be a bit slow, broken up by conversation and exploration, but it’s a compelling narrative that is sure to invoke some serious nostalgia from fans of the series.

“Digimon Survive is a bit of a strange game. Not bad, but definitely strange…”

Adding to the narrative is a Karma system that is split between Moral, Harmony, and Wrathful that will change depending on how you respond to certain dialogue choices, and not only affect the evolution tree for Agumon, but also the progression of the story.

Breaking up the dense story elements is the combat, which is similar to games like Fire Emblem or more specifically Triangle Strategy, but there are even some elements from Shin Megami Tensei peppered in. Selected Digimon are placed upon a grid-based battlefield and players must strategically dispose of their enemies. Like Triangle Strategy, hits from the side or back deal more damage; as well as placing allies together grants bonuses like stat boosts or team attacks.

But it’s not just a direct dispatch of Digimon. Players can talk to enemy Digimon and, by selecting the correct answers to their prompts, can persuade them to either join them or get items from them. Successful dialogue attempts will clear enemy Digimon from the board, so talking is just as effective a strategy as combat. But it’s not just the enemy Digimon that can be talked to during combat, as characters can encourage their Digimon and give them big boosts in combat, so knowing when to cheer on your Digimon can turn the tide of battle in a pinch.

“…there is a ton of story and character dialogue being delivered in Digimon Survive, but it’s really well-structured and feels genuinely like you’re playing through a season of the anime.”

Of course, it wouldn’t be a Digimon game without Digi-volution. Main character partner Digimon will only Digivolve at certain points in the story, and once they do, they can Digivolve during battle if they have enough SP to do so. Any Digimon you recruit can Digivolve permanently through the use of special items.

It’s a really unique way to approach combat for the Digimon series—which unlike previous entries, required a lot of repetitive, turn-based battles to scan Digimon in order to use them on your party. It complements the story by feeling a lot more structured and connected to the narrative, utilizing both the human characters and Digimon and ends up feeling a lot like you’re playing an episode of the anime.

Digimon Survive stands out in a lot of ways, but most notably in its visual design. Visual novels tend to get by with pretty minimalist design, as they emphasize the “novel” aspect over the gameplay, but Digimon Survive goes above and beyond to capture the style of the anime. Characters and Digimon are distinct, beautifully drawn, and excellently animated, and environments are interesting and feature a lot of dynamic movement.

“Digimon Survive stands out in a lot of ways, but most notably in its visual design.”

During combat, character sprites are excellently animated in a 2D, drawn style that adds a lot of style to the combat. Although there are a few visual hiccups here and there, the overall look and feel of Digimon Survive consistently kept me invested in it. To back up the excellent visual design is solid voice acting for both the human and Digimon characters, and a soundtrack that perfectly punctuates each scene—whether it’s the triumphant swell when Agumon first Digivolved, or the eerily tense music when Takuma and friends were exploring a haunted school.

Although, one of the weirder things I will say it’s strange to play a Digmon game that seems to be leaning so far away from the Digital part of “Digital Monsters,” since Agumon and his friends are never referred to as Digimon, and there seems to be no connection to the Digital World. Even though I’ve been referencing Digivolution throughout this review, it’s never actually called that in the game—simply “evolution.”

While it’s mostly a minor complaint, as this is a different interpretation of Digimon, part of what made that anime so interesting was its placement within a digital world, and the possible settings you could use with that premise—like in Digimon: The Movie where Diabormon takes over the internet.

I’ve barely scratched the surface on Digimon Survive, but I know there’s something here that both fans and newcomers are going to love. It’s a game that not only respects its origins, but also takes the series in a bold direction that feels like it’s grown up with its audience. If you’re not a fan of Visual Novels, the long stretches of dialogue might put you off; however there is enough intrigue and combat to keep the pace fresh and fun.