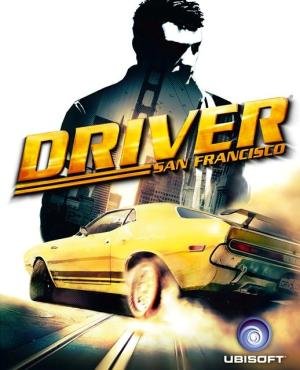 The last time I played any of Reflections’ Driver games was 2004’s Driv3r, the execrable lame-duck iteration that like so many other games of the time steered itself towards a GTA vibe in hopes of riding shotgun. I had not been following Driver: San Francisco, the first next-gen joy ride for the series, I only knew Ubisoft was backseat and, based on the title, would have various recreations of Bullit, Dirty Harry and 48 Hrs. vehicular antics. Otherwise, leaning towards the same as usual. As I would learn, kids, research matters. To my surprise, no, San Fran does not try to pull the blinds over you and whisper dirty songs of GTA in your ear, and to that matter, nor does it even rely on the “City by the Bay” angle. As it seems, Reflections had spent some time doing research, not on hammer sounding speedsters of the ‘70s, nor on what other driving games would be easiest to riff, but on what games and what elements of those games seem to tickle players. If I had to draft a road map, the dotted lines would trek through the crash savvy passages of Burnout and, of all things on this green earth, the psychological screws loose gulches of Silent Hill.

John Tanner’s uneasy about a good day coming. Charles Jericho, previous antagonist and delicious rival, is set to be put away for good and Tanner, according to his facetious partner Tobias Johns, is overdue for a beer. Things turn sour when a deal on the inside leads to calamity on the out, Jericho now in the driver’s seat of his own captivity van with a really pissed-off Tanner hot on his tail. The chase doesn’t end particularly well when Tanner and Johns’ collision with Jericho ends with them in the bull’s path of a charging truck. When he comes to, Tanner finds out Jericho is on the loose, yet again, but things become optimistically queer when Tanner also discovers he’s been given the ability to possess any unsuspecting individual assuming they are behind the wheel of a car. Now becoming the omni-driver, Tanner may have the drop on Jericho’s sinister operations. Though, what Tanner doesn’t know, is that he not be the only one with these powers. Also, that he’s actually in a coma. I swear to you that’s not really a spoiler.

Tanner’s known as the force’s best driver, though that doesn’t always translate to you the player being the best driver. The car’s control is tough but fair, it’s easy to donut hopelessly and some cars, all real brands, slug miles behind others, but most of that either encourages you to either sharpen your skills or find better cars. Beyond normal wheelman skills, Tanner also has a roster of unusual Deadman-esque ghost-cop powers. You can shift to other cars ad nauseam, the keys to any ride in the city, though during missions scenarios require you to stay central to one automobile. Even still, there’s a weird new window of how to deal with the atypical driving game missions. Races, ambushes, chases and defense, sure, amid any of these you can pluck infinite cars on the road and manually command it to crash head on to another one as you see fit. Like some sort of vehicular manslaughter demigod, demanding his subjects entertain him. I only wish there was a camera angle to zoom in on the faces of your virtual opponents to see the look on their face as every driver in town is engulfed by a target specific road rage. You can also swap rapidly between pairs of cars, like if you have partners in a police pursuit or you just want to hop back into your main speedster, which maintains the action to say the least.

It’s something new and definitely outrageous, the honeymoon with Burnout’s Takedowns all over again, an explosive systematic excuse for destruction. Tanner’s appetite for roadway destruction may make him a crappy cop/ghost cop, but for the player it’s a new racing game with the seatbelt off. Plus, the pedestrians always have a knack for gingerly side stepping your car as you plow the sidewalk, if that sort of thing still bugs you.

The unusual direction benefits the gameplay more over than it does the story, even if that direction manifests itself mostly in the story. The cumulative of all which goes on in the non-world doesn’t cleverly propel much to the final climax, though, the road there is certainly quirkier because of it. There’s a reoccurring They Liveapproach to Tanner coming about the truth, plus a constant strange joy is the guardian-angel duties Tanner performs as San Fran’s ghost chaperon. Many of the primary missions have you trying to resolve car-based conundrums for the down and out citizens of the city, from two beat cops looking to go vigilante, Japanese brothers who are a little over their head in the world of underground racing, accident-prone undercover agents and a family of too-cute Duke-like racers that Tanner can’t help but fawn over the qualities of. Even when it isn’t to a purpose, just popping around leads John to engage in conversations with mothers, fathers, children, driving instructors, acting agents and someone who’s apparently slept with your sister. Conversations that sometimes have Tanner breaking the ice with, “Hey, I’ve never mentioned this before, but I’ve always wanted to drive under a truck.”

I don’t know how far into development the ghost-car-cop idea came into play, but whenever it did, or, whenever a lead developer got the Life on Mars DVD box, it completely overrode any other focal points of creative attention. For that, the game has probably benefited, though it would have been nice to see San Fran shine a little more outside of a funk heavy soundtrack and some retro-minded side-quests. If you speed through the main story you’ll find the trip over pretty quickly, though you can easily spend hours on a galaxy of additional stunts, races, dares and quests that litter the map as you go on. Much like in GTA, it’s hard to feel attached to a specific car because of how disposable they feel, though to buffs, the use of real cars and brands will probably be an incentive. I’m proud, but a little weirded out by you, Driver: San Francisco. I feel like you were the jock-leaning friend of a friend in high school, who I’ve run into on the bus and learned is now applying to grants for a video installation you’re working on. This Summer we’ve had Catherine, El Shaddai, Child of Eden, not even to mention some of the flowering oddities on the downloadable circuit, but those we’ve come to expect certain panache. Context included, Driver: San Francisco is the strangest game I’ve played all year.

I don’t know how far into development the ghost-car-cop idea came into play, but whenever it did, or, whenever a lead developer got the Life on Mars DVD box, it completely overrode any other focal points of creative attention.
REVIEW SCORE
8
File Under: Xbox