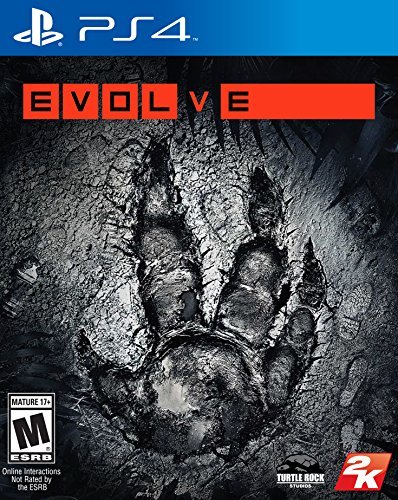 Evolve is the new 4v1 multiplayer shooter from Turtle Rock Studios, the team best known for the Left 4 Dead series, and at a glance, you’d be forgiven for getting excited. The premise is promising enough. You play as either a member of an elite team of Hunters sent in to track and kill a Monster that has devastated the most valuable colony world, or your play as said Monster and get your shit wrecked. Allow me to elaborate slightly. The player playing the Monster has two victory conditions; kill all hunters, or “evolve” to a point where you’re powerful enough to destroy a power substation in the colony. The hunters simply have to hunt and kill their bounty. Sounds like a great premise for some frantic cat-and-mouse style gameplay, no?

In fact, there is no semblance of a cat-and-mouse gameplay. Nor is there, as I’m sad to report, and sense of hunters becoming hunted as the Monster grows more powerful. As I mentioned earlier, the objective of the Monster is to kill all the hunters, or destroy a power station. The latter only becomes an option once the Monster has consumed enough of the local fauna to evolve to level three. Coincidentally, this process also grants it improvements to its skills that aid it in combat. Think along the lines of your favourite MOBA, such as League of Legends, or DotA2, if you’re wondering how this works.

Now, with what I’ve experienced so far, it seems as though Turtle Rock have given the Hunters all the tools to pressure the Monster when it’s fresh and unlevelled, with the intent that as it levels up, its increased combat abilities are supposed to tip the scale in its favour. On paper, this would promote the desired power shift that would have the Hunters desperately trying to eliminate the Monster before it’s had a chance to level up, at which point they suddenly become the hunted. Where I feel this falls desperately short is that the Hunters are given so many tools to dictate the narrative of hostile engagements that the Monster’s simple damage and health increases from levelling are not nearly enough to shift the balance in its favour.

All of this feels so tragic when I think about what Evolve should have been. The groundwork was set for a beautiful and epic 4v1 experience that should be perfect for a group of friends or strangers alike, and instead, the current trend of “level everything up” and a lack of attention to providing creative abilities and varied playstyles has left it a not terribly exciting game. It’s unbalanced when you start, gets more unbalanced the more you play, randomly forces you to play a class you don’t want once you do get into it, and gets less fun when you play it with friends.

Evolve isn’t a bad game, per se, but the rage-inducing technical issues and design oversights, paired with a complete lack of heart-pumping “fight or flight” gameplay that the hype train and the Left 4 Dead series led me to expect have left me feeling unimaginably disappointed, cheated even, and I’m not even one of the countless people who had to pay more than $70 to find this out the hard way. Sadly, Evolve stumbles onto the scene and right into the unmemorable category of unremarkable mediocrity. That’s the real crime, given the number of laughs and near heart attacks Left 4 Dead has left me with, and that’s $50 cheaper with no DLC gouging to boot.

To read Jake’s extended Evolve review, pick up the Feb issue of CGM.

Evolve is the new 4v1 multiplayer shooter from Turtle Rock Studios, the team best known for the Left 4 Dead series, and at a glance, you'd be forgiven for getting excited.
REVIEW SCORE
6
File Under: 2K Games, Evolve