The Behemoth Is Here 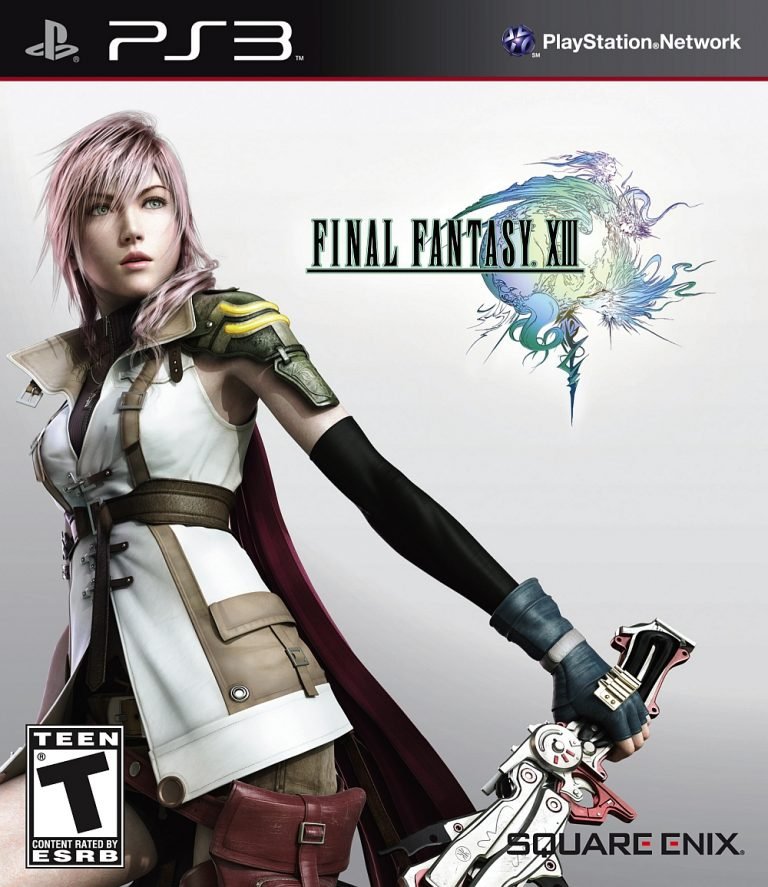 The Final Fantasy series is one of the few videogame series to bring grown men to tears, both for its story, and its decision to go multi-platform. And the latest instalment is finally here. In a climate where the JRPGs are rapidly losing relevancy, many see FFXIII as the Great White Hope for a genre that is in a downward spiral. However, what players will encounter is a different beast entirely from what they were hoping or expecting.

Final Fantasy XIII has been cited by the developers themselves as being influenced by faster-paced western experiences such as the Call of Duty serie There was feeling within the industry that the traditional complexity and depth that JRPGs are known for was stifling the market and prevent it from being more accessible to new audience Square-Enix took a long, hard look at what were considered hallmarks of the genre in general and the Final Fantasy franchise in particular, and decided to re-design everything for their latest game. Four years later the result is here.

The theme of Final Fantasy XIII is one of choice versus manifest destiny. The plot is a typically Byzantine one, involving demi-gods know as Fal’Cie taking on human agents, dubbed L’Cie to fulfil certain task Lightning, a female soldier cut from the exact same cloth as Cloud of Final Fantasy VII, is embroiled in Fal’Cie/L’Cie dealings when her sister, Serah, is chosen to be a L’Cie for an enemy Fal’Cie. Lightning and a rag tag crew that eventually gathers around her, go off on a quest to challenge this seemingly unbreakable destiny.

Unfortunately the story is plagued with pacing issues and doesn’t explain everything to players, leaving them to figure out much of it by reading terminology and episodic summaries in a section of the menu called the Data Log. The characters themselves are the same JRPG clichés seen time and again, but oddly, with higher realism of the visuals; their simplistic and often nonsensical characterization is less easy to accept. There is a good story here, but it is not served well by its characters or pacing.

“Final Fantasy XIII is an interesting experiment that ultimately fail”

On the other hand, the graphics are beyond compare. FFXIII is the best looking JRPG currently on the market. To be specific, games like Lost Odyssey, White Knight Chronicles, andTales of Vesparia all pale in comparison to the visual fidelity of FFXIII’s in-game graphics and cut-scene Environments are richly designed with explosions of color, and character models are so well designed that it’s occasionally easy to miss when the transition from pre-rendered cut-scene back to in-game graphics can occur. The audio front is also extremely polished, with a lush soundtrack that swings from ornate orchestral and choral arrangements to high energy techno. For a Japanese game dubbed to English, the voice acting is also a cut above standard, with the professional delivery only being let down by poor script.

The most controversial aspect of Final Fantasy XIII was the design decision to slim down the JRPG genre to its absolute bare essential Players expecting diversions such as mini-games, interactive towns, or overworld maps will find none of that here. Square-Enix decided that the main strengths of a JRPG were cut-scenes and combat, and they stream-lined everything else out to give a much more focused experience. Unfortunately, they have also assumed that many people coming to FFXIII will be new to the JRPG experience and this is where the biggest issue with the game comes to the fore.

The best feature of FFXIII is a new and complex battle system that involves controlling one character in a party of three, and switching roles throughout combat. So at one moment your character is more combat oriented, and at another switches roles to heal. The complexity and depth of the system will not be fully appreciated until at least 20 hours into the game. Before that, the game simplifies and limits the battle system drastically, only gradually opening it up as the hours pas Like many JRPGs, FFXIII asks for patience, but runs a real risk of alienating players before that patience is finally rewarded.

This same fear of complexity also comes at the expense of more interactivity. FFXIII is a relentlessly linear game, with many sections consisting entirely of simply moving forward, getting into a fight, moving forward getting into another fight, and then a cut-scene. At every turn, players find themselves funnelled into a carefully controlled experience that limits everything they do, even traditional activities in JRPGs such as levelling characters up and adding to their skills in any way desired.

In many ways, FFXIII feels like “My First JRPG,” with its stubborn and almost paranoid hand-holding it uses to guide its players from one event to the next. It’s a mistaken lack of faith in the player-base that ultimately harms the game.

In the end, Final Fantasy XIII is an interesting experiment that ultimately fail It’s not a terrible game by any means, and the production values of the sound and visuals alone will be enough to impress a casual viewer. But the heart of any good JRPG is the battle system and story, and FFXIII fails to tell an engaging story, and holds the promising battle system hostage for many hours until it feels the player is ready. This, coupled with an overbearing sense of linearity makes Final Fantasy XIII a game that is almost too stream-lined for its own good. There is fun to be had here, but it is of an uneven sort.

In the end, Final Fantasy XIII is an interesting experiment that ultimately fails. It’s not a terrible game by any means, and the production values of the sound and visuals alone will be enough to impress a casual viewer.
REVIEW SCORE
8
File Under: Fantasy, PlayStation, RPG, Square Enix