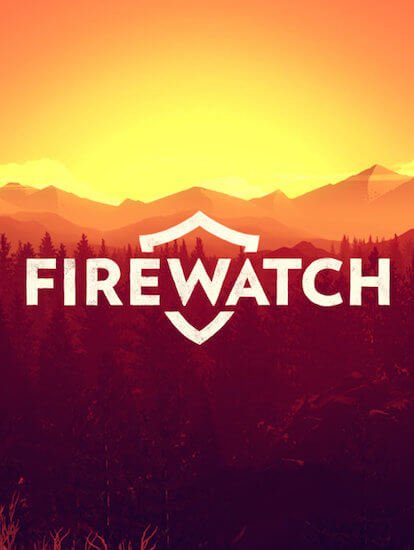 Firewatch is the latest in a wave of narrative-driven games with lifelike, multidimensional characters that rival or even outdo other forms of media.

At first glance, one might mistake Firewatch for a survival game, but that isn’t the case at all. You’re stationed at an outlook tower, watching for fires, and most of the player’s time is spent following a map to areas as directed by your boss Delilah, who is stationed just a few miles away from you in another watch tower.  During these errands, you’ll engage in some deep conversations with Delilah via two-way radios.

The player character, Henry, takes this job as an escape from an especially difficult situation in his personal life. To say exactly what that situation is would spoil a bit of the narrative that is revealed at the beginning of the game through a choose-your-own-adventure style text based section. Just know you’ll be dealing with adult issues such as finding love, rocky relationships, and other things that come with growing older.

Since, as the player, you make major choices for Henry in his life and dialogue leading up to the start of his new job, you’ll find him relatable. When speaking to Delilah, you’ll only reveal what you would personally feel comfortable telling another person in real life, or avoid those subjects that might be too sensitive. You can choose to lie, tell the truth, or even not say anything at all.

I found the exploration of lies and white lies unique. Other games may offer you the option of lying, but Firewatch does so in a way that feels genuine, ironically enough. Since you chose the actions that you may decide to lie about, you realize there could be consequences (if caught) in the lie that would affect your relationship with Delilah while still knowing that it may be in your best interest to fib. Basically the game nails how lying works and feels in real life.

While you’re having these conversations, the seasons begin to change around you, and as time passes the graphics change to reflect this. Firewatch is a beautiful game, similar to a Pixar cartoon mixed with the colours and style of a Wes Anderson film. Oranges, blues, and reds pop off the screen in such a way that nearly every screenshot from this game is desktop background worthy. I’ve never experienced the Colorado wilderness in the 1980’s, but I feel like after playing this, I have now.

The whole experience lasts between three and four hours, which is a good amount of time for a narrative-driven title. You’ll come across various mysteries surrounding the area, and discover a lot about Henry as well as Delilah, one of the most well done female characters I’ve ever experienced in a game. Firewatch was a mystery all the way up until it was released which reflects the narrative in the game. In the end, it all makes sense, even if it isn’t exactly as fantastical as you might have expected.

Firewatch is a masterpiece and worth the asking price for the narrative alone, and the gorgeous graphics and fantastic soundtrack are the cherries on top.

Firewatch is narrative-driven adventure game dealing with adult issues in ways unlike any other game out there, and is one of the best looking games so far this year.
REVIEW SCORE
9
File Under: Firewatch