You Need Friends. Who You Gonna Call? 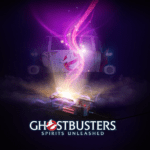 If you’re looking for a new, fun way to bond with some buddies, you should consider a career in busting ghosts! The team at Illfonic have helped further the lore of an all-time classic by developing the online game, Ghostbusters: Spirits Unleashed. Taking parts of what you love about the iconic series and adding some new characters and a few twists, this new game is one to keep an eye on.

One of the legendary Ghostbusters, Winston Zeddemore (voiced by Ernie Hudson) is putting a lot of money into renovating the old firehouse and turning it back into the Ghostbusters HQ. Alongside the new coat of paint are some new employees, Catt, who runs the day-to-day operations and Eddy, the residential tech wizard.

This isn’t a quick play to push Ernie Hudson into a cameo role in Ghostbusters: Spirits Unleashed. He has plenty to say, and he’s not the only OG Ghostbuster with a big role. Next door to the firehouse is Ray’s Occult, owned and operated by Ray Stanz (voiced by Dan Aykroyd), who has plenty to teach you about ghosts.

“Before you even play Ghostbusters: Spirits Unleashed, there is so much to explore.”

Before you even play Ghostbusters: Spirits Unleashed, there is so much to explore. Walk around the firehouse. See the Ecto-1 from every angle. Hop over the same dividing wall that Peter Venkman once did when he met Dana Barrett (am I geeking out too much?). Go upstairs and upgrade your equipment then, if you want, you can even slide down the old fire pole.

The alley that separates the HQ and Ray’s has been set up to train you in the use of the tools of the trade, your Ghost Traps, a PKE Metre and Proton Pack. Over at Ray’s Occult, you can get more information on ghosts from one of the most revered books on the supernatural.

You can customize your character in every way conceivable. The classic name tag on your jumpsuit has your Epic Games gamertag, and you can adjust a ton of facial and body features and even aspects of your outfit. Maybe you’re cheeky and unzip your jumpsuit a little bit. Maybe you tie the arms around your waist and bust ghosts in a tank top. It’s up to you. You can even customize your own voice, with multiple voices to choose from.

When you get into Ghostbusters: Spirits Unleashed, you are playing a 4 on 1 multiplayer game, 4 Ghostbusters vs 1 Ghost. That’s right. You can play as the ghost, whose job is to haunt the selected arena by scaring patrons, haunting and possessing items and protecting the rifts. The Ghostbusters’ job? Bust the ghost… I mean, wasn’t that obvious?

The team of four has a tough task ahead as they are responsible for calming the patrons, so they don’t flee the building, destroying the three rifts from which the ghost can respawn if it is captured and fending off the ghost’s minions, which are generated via the ghost’s special ability. Play with friends or bots if need be, but you’ll need to work together to get the spirit for good.

Playing alongside friends makes this game a ton of fun. Communicating and working together to trap the poltergeists is a challenge, but an enjoyable one. Playing alongside bots can still be fun, but it is a lot more frustrating as your crew is hardly a well-oiled machine. The arenas provide an extra twist to the challenge as navigating them can be a lot tougher for a human than an ectoplasmic entity. As a ghost, you can fly up without the need for stairs, phase through walls and anything else that will make you a tough one to catch.

“The graphics in Ghostbusters: Spirits Unleashed are quite good…”

You can also collect other things while you are on the job in Ghostbusters: Spirits Unleashed. Find clippings at each of the arenas and what collecting challenge would be complete without some spores, mould and fungus. Collect these things to get even more XP to help you level up your gear and customize it the way you want. Maybe your PKE Metre can be better at detecting rifts than ghosts. Maybe you want a more destructive beam coming from the particle accelerator. Make your tools any way you see fit and even strategize to carve out your own little specialization that might help your squad.

The graphics in Ghostbusters: Spirits Unleashed are quite good, but nothing gaming-changing. The likenesses of Dan Aykroyd and Ernie Hudson have had some creative license taken with them and the other characters look a lot like generic Fortnite characters in Ghostbusting attire. The environments are nice and detailed, though, the firehouse alone was enough to inspire this fanboy.

While there is not a proper story mode, there is a story that gets unlocked as you level up in Ghostbusters: Spirits Unleashed. The more successful jobs you complete, the faster you level up and the more you get to see of this story. The replay factor of this game really depends on the people you play with.

A decent squad can make this a great game over and over again. If you are playing with bots, probably not so much. For the price of $39.99, however, it is more reasonable that you will find some people to play with, since it’s not too pricey to chase people away from playing.

Ghostbusters: Spirits Unleashed is a fun experience for friends packed with nostalgia in the form of iconic characters and imagery and its fair share of easter eggs, but there is concern that love for the game could flame out faster than if you crossed the streams. If you are a fan of the franchise, though, it brings just enough joy to make it worth the price tag no matter what.
REVIEW SCORE
7.5
File Under: Ghostbusters