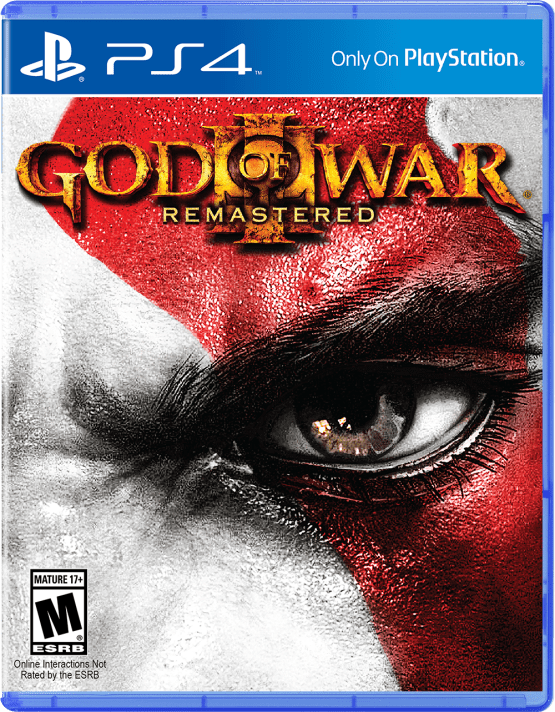 Remastering old games is almost as common a practice in the industry as cranking out sequels these days. Every time a new system comes out, all of the games you just bought for the old one get ported over, giving players the opportunity to pay for them all over again. On a certain level it’s irritating, on another level there’s no denying that the old games look prettier. So, it really comes down to how much you value graphics and reply. The latest one of these assembly line digital scrubjobs is God of War III. It’s a bit of a weird one given that the original title came out a full five years ago, back when the PS3 was new and Justin Bieber was merely annoying rather than a monster. Yet, there’s no denying that it’s one of the great titles in the hack ‘n’ slash genre, and it now looks better than ever before. The only question is whether or not the remaster is actually worth picking up for those who have already played it. Well that really comes down to personal preference.

There is absolutely nothing added to the story or content of God of War III. The changes are purely cosmetic. This sucker now glistens in 1080p allowing each and every flying entrail to shimmer in glorious detail. The game also now pumps out at a consistent framerate of 60fps, so those entrails also splatter as smoothly as possible. Lighting effects have also been updated, which look gorgeous in such atmospheric levels as the fiery Hades. Given that this game was designed and sold on delivering massive scale the likes of which gamers had never seen before, there’s no denying that the digital facelift makes a beautiful game look even better. In fact, all you really need to do to spot the difference is check out the cutscenes, which have not been updated and look a little flat and underlit by comparison. The only other new addition is an in-game camera that will allow players to take snapshots of Kratos mid-decapitation if such a thing is remotely appealing to you.

As for the game itself, well, it’s still pretty great. The opening battle that picks up immediately after God of War II’s cliffhanger remains an astounding bit of game design (and really shows off the spiffy new tech specs). Combat remains as delightfully satisfying as ever. Essentially, it’s a button masher, but it’s one of those button mashers so well designed that you genuinely feel in control of the action at all times, even when your finger are just smashing out of instinct. The quick time events the series helped popularize aren’t quite so prevalent these days, so they are no longer quite as annoying as they were in 2010. Besides, there’s no denying how satisfying it is to feel as though you tore a horn off of an ancient Greek beast and shoved it into it’s eye-socket, even if two seemingly inconsequential buttons were all it took to get there.

Given that the rerelease of the game is presumably an attempt to draw new players to the series, it was kind of an odd choice to release part 3 solo. Sure, the original PS2 titles would be somewhat laughable to kids reared on HD, but God of War 3 dives straight into the third act of an ongoing story with very little attempt to catch up new players.  Back in 2010, this wasn’t really a problem, as the series was obscenely popular and most players knew what was up. Now, I’d imagine this thing would be insanely confusing without some quick Wikipedia reads to clear up confusion.

However, the story is also likely the weakest element of this particular title, so it’s not like knew players will miss much if they just dive in and deal with the confusion. Likewise, Kratos’ one-note hyper-tough personality hasn’t gotten any more interesting. He’s a pretty dull hero who does little more than growl and snarl, but at least the action is vicious and consistent enough to make it all worthwhile. The static camera also hasn’t been improved at all, leading to some confusing blind spots and awkward fights. Never enough to kill the game, just enough that it’s a surprising no one involved with this remaster bothered to take the time to address the issue.

There really isn’t that much else to say about this game. I mean the title pretty much covers it. This is God of War III Remastered alright. It’s the exact same game, just a little bit prettier. As a straight-up brutal brawler, the game remains an absolute blast and there’s absolutely nothing like it in the current generation just yet, so, in a slow gaming season there is definitely fun to be had by tucking in with this old friend. Yet, at the same time, there really is nothing beyond slightly better visuals to bring back old players who already beat this thing many moons ago.

Ultimately, if you’ve never played God of War III, but love gory mash em ups, then sure, run out and get this thing immediately. However, if you wore out this title back in the PS3 era, there’s really not much here that demands a revisit. Given that the game was developed so long ago, it’s not as if the 1080p facelift is as dramatic as it was for something like GTA V or The Last Of Us (which were designed with a sneaky next gen upgrade in mind and almost didn’t’ feel finished until the remaster). Nope, this is just a slightly prettier version of a previous generation title. It’s fun, but probably unnecessary for anyone other than graphics snobs and the few gamers left who have yet to finish up that wacky Kratos’ wild ride.

There is absolutely nothing added to the story or content of God of War III. The changes are purely cosmetic.
REVIEW SCORE
7.5
File Under: God of War, PlayStation