A Chip Off The Old Blocks 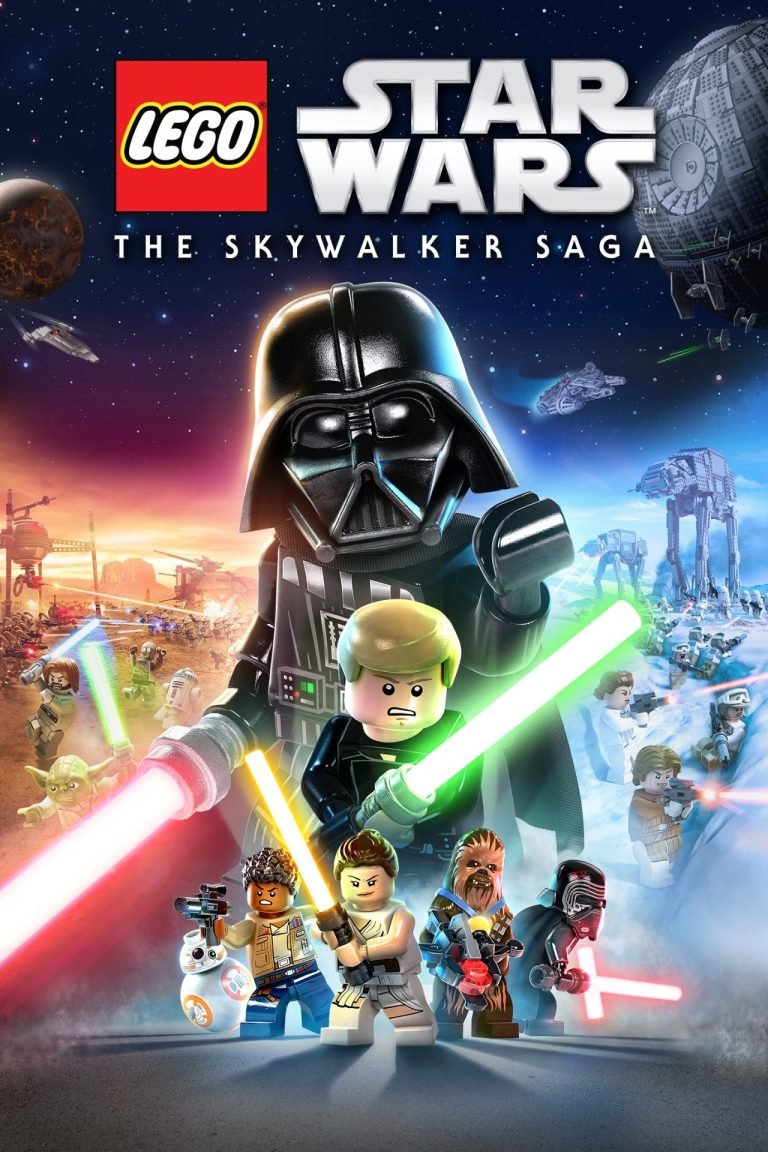 Like the movies it reinterprets, LEGO Star Wars: The Skywalker Saga is all about bridging the gap between both kids and the adults they will become, and adults and the children they once were. There is laughter and sorrow, hope and defeat, heroics and villainy… and also, maybe you turn your lightsaber into a baguette.

LEGO Star Wars: The Skywalker Saga builds upon the success of previous games in the franchise by wiping the slate clean and completely reinterpreting all nine episodic films in the Star Wars saga. The first seven films are rebuilt from the ground up, while the last two are adapted into video game format for the first time. It’s all accomplished with one improved, polished engine, and with the unique, lighthearted tone of a LEGO game.

Players can start with the trilogy of their choosing with either Episode I, IV, or VII. Beating the first episode of a trilogy unlocks the second, but you’re also able to hop between Episodes more-or-less at will, outside of story missions. Each episode follows the events of their respective movies at a brisk pace, hitting key story beats and set-piece action sequences.

Paradoxically, the pacing can be simultaneously hasty and bogged down by backtracking, depending on the events of the movie. The Prequel chapters, for instance, often task the player with hopping around the galaxy to and from Coruscant, essentially making diplomatic house calls for considerable stretches between action segments.

It’s lucky, then, that LEGO Star Wars: The Skywalker Saga is absolutely overflowing with collectibles and entertaining diversions. The game is at its best when you take a little time to stop and smell the roses between missions. Rushing from checkpoint to checkpoint sucked a lot of the fun out for me, but when I allowed myself to get diverted by a new area or marker on the map, I’d find something interesting in the open world and return to the next checkpoint refreshed.

While the puzzles to earn most collectibles aren’t exactly reinventing the wheel, they are genuinely interesting, and implemented well into the stages. One detour on Naboo brought me to a garden between three apartment buildings, where I had to use the Force to reorganize toppled windowboxes of flowers to earn a Kyber Brick. Others I earned by exploring every nook and cranny of Mos Espa, finding ways to parkour to high points. With so many collectibles to find, this natural diversity in implementation will make it feel much less like a chore.

Kyber Bricks are a new, coveted resource, vital for upgrading skills and traits in the revamped character development system. Upgrades are split by the various character tags—Astromech Droid, Dark Side, Scoundrel, Jedi, etc—or into a general category that affects everyone. Scoundrels have a fun mechanic where they identify crafty ways to get themselves out of a sticky situation, while Scavengers can craft tools to help them navigate certain obstacles, and Droids can perform certain tasks without drawing ire from enemies.

Previous games have done this, but LEGO Star Wars: The Skywalker Saga pulls it off holistically without making character-swapping tedious. Some classes still carry more utility than others, but for the most part, whenever the game insisted I should swap to a different character type—even when I was locked in for a story mission, or didn’t yet possess a character with the right skillset—I felt compelled to explore further instead of just abandoning my curiosity.

The gameplay is, overall, more involved than previous instalments, and it makes a world of difference. Blasters can now be aimed with more accuracy, with the target reacting accordingly, and successful melee combat now requires players to switch up their inputs instead of just mashing one button. These tweaks are subtle (and par for the course in most other games) but go far to keep the experience fresh.

Ironically, LEGO Star Wars: The Skywalker Saga is a little light on actual building. LEGO Star Wars: The Force Awakens introduced “multi-builds,” or prompts where players could choose from a couple of options to rebuild certain objects. Skywalker Saga leans into this by making the different outcomes more disparate and unique, but building opportunities are much more sparse.

Speaking of branching paths, they may be the most understated new aspect, as they aren’t always apparent. LEGO Star Wars: The Skywalker Saga presents different options at certain points of certain missions, allowing players to choose how to deal with situations. For instance, Finn can disable the alarms, so the First Order can’t call for backup as he and Poe escape, or Poe can lead the way into the vents and bypass the soldiers altogether.

Despite these changes, the game remains approachable for gamers of all levels, from the youngest fans who aren’t quite used to controllers, to older fans who may not necessarily be frequent gamers. Kids may struggle with some concepts, like the refined vehicular combat, but the drop-in local multiplayer can compensate.

If anything, the game caters heavily to the youngest common denominator to keep the rating sufficiently low—sucking out any gravity from certain tragic moments and reducing them to slapstick gags. And if that’s not enough goofiness, you can also unlock more comedic effects like the aforementioned baguette lightsabers by spending Datacards, a rarer resource that unlocks big global effects.

Through it all, the visuals do not disappoint. Granted, some LEGO models aren’t great, like Episode II Anakin and Obi-Wan, or alien characters whose teeth show during cutscenes in an unsettling fashion. But the natural environments look incredible, thanks to weathering effects that add that extra layer of realism, and interiors feel all the more fleshed-out with the improved over-the-shoulder perspective. A great cast rounds out the package, with the likes of The Clone Wars’ James Arnold Taylor, Matt Lanter, and Catherine Taber as Obi-Wan, Anakin, and Padme; Billy Dee Williams as Lando; and other impressive sound-alikes.

LEGO Star Wars: The Skywalker Saga can be a pretty quick experience if you blast through at top speed, but if you take the time to savour it and hunt down even a fraction of the insane number of collectibles—Kyber Bricks, Datacards, characters, mission challenges, minikits, etc—it can offer a galaxy full of achievement.

With a dash more depth to its gameplay, and a lighter touch to its narrative, LEGO Star Wars: The Skywalker Saga reinterprets the nine-film epic into a solid experience that all generations of fans will want to revisit.
REVIEW SCORE
8.5
Buy On Amazon
File Under: LEGO, Star Wars