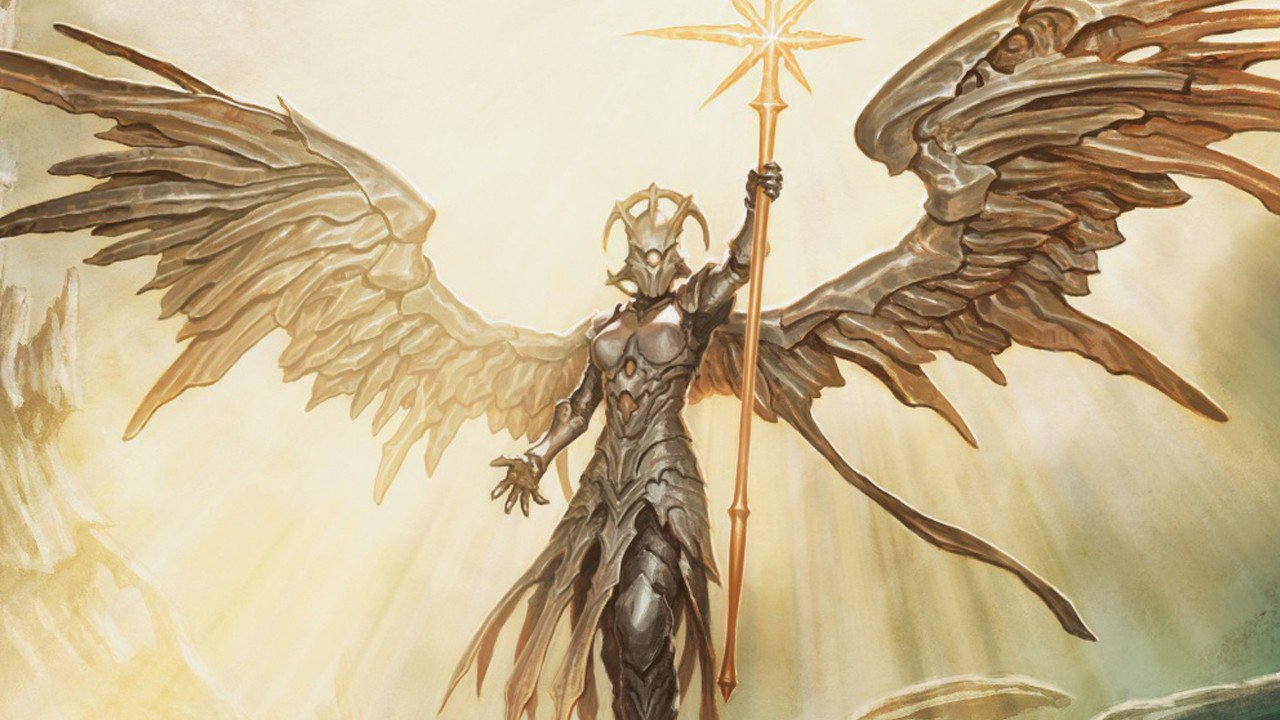 There’s no way to encapsulate the full history of Magic the Gathering in a 1000 word review, so I’m not even going to try to touch on all of the features in the latest spinoff. Instead, I’ll merely scratch the surface and tell you that you do not need to be familiar with the paper original in order to enjoy Magic the Gathering: Tactics. The new game is highly intuitive in a way that captures the full flavor of Magic the Gathering, and while it’s not the flashiest title, it will keep you coming back for more.

At its core, Magic Tactics is a genuine blend of the concepts in the title. The gameplay follows generic tactical conventions, but the overall structure is closer that of a traditional trading card game. That means you’ll collect spells, build decks, and battle against other players in pick-up games and eight-person tournaments, and the interface is designed to be user friendly. One press of a button will give you a complete graphical breakdown of the contents of your deck and it’s incredibly easy to move spells around in between games.

The virtual incarnation simply allows you to visualize the game’s basic fantasy premise. In the Magic vocabulary, you’re a Planeswalker, an extremely powerful wizard with the ability cast spells, and travel to alternate planes of reality. Each individual game represents a duel against another Planeswalker, and you’ll both be armed with 40-card spellbooks (real wizards don’t carry stacks of cards) filled with creatures, sorceries, and enchantments.

All three types of spells will help you during duels. Sorceries are one-time tricks that have immediate effects, enchantments are permanent auras that alter game statistics, and creatures are moveable figures that stay on the battlefield until they’re destroyed. Each spell comes with an associated mana cost – you have access to one mana on turn one, two mana on turn two, and etc. – and you’ll need to have a few utility cards if you want to live long enough to use the splashier ones.

Battles take place on a grid and the various figures take turns moving around much as they would on a Dungeons and Dragons game board. Each map is covered with rocks, trees, swamp, or other environmental obstacles, and while the flat terrain makes elevation a non-factor, some creatures can fly and elements like line-of-sight and flanking are important during gameplay.

Creatures, meanwhile, have stats for attack, defense, movement, and initiative, and many have special abilities – like regeneration – that make them more valuable. Damage is permanent, so you’ll have to determine which monsters are expendable and which ones are worth protecting. You can also level up your Planeswalker to gain new talents that will make the character a more menacing force during combat.

The client itself is free to download and there’s enough content to make it worth the bandwidth. In addition to a starter deck, you’ll have access to the first campaign chapter, free daily missions, and as many pick-up games as you desire. That said, the starter decks will get destroyed in the casual room and the tougher solo chapters are impossible without some higher-level spells, so you will have to make a more serious investment if you’re looking to get the most out of the title.

That’s where a video game review gets tricky. Magic Tactics is monetized like paper Magic and the expense may be off-putting to some customers. A Tactics booster pack costs just as much as a real booster pack and you’ll need to purchase gold in order to enter tournaments. The two economies make the pricing structure slightly confusing, and laying down money for packs and entry fees can make a draft feel a bit steep when most real-life card stores will let you play for less than $15.

If you can get past those preconceptions, the cost is fair when measured against other pay-as-you-go card games. The campaign chapters are reasonably priced at $5 apiece and if you’re adding more funds to your wallet, you’ll be doing so because you want those extra cards for your collection.

It’s also not as if you need to drop a fortune in order to be competitive. Skill matters, so a swarm of cheap goblins is a viable strategy if you don’t have any expensive dragons and there are enough quality cards in all five colors and at all four rarity levels to facilitate many different types of spellbooks. The balance probably isn’t perfect – it’s too early to know for sure – but that’s true of any card game and the developers have done an admirable job with the Wizards of the Coast license.

The game does, however, have its fair share of flaws. Most of the technical bugs are relatively minor – at one point, the chat box started posting every comment twice – and will presumably be patched relatively quickly. The online servers are otherwise stable and it’s easy to find an opponent, but the game lags when the battlefield gets cluttered and you may occasionally lose your connection.

Some of the interface missteps – such as the deck-building program – are a bit more obnoxious. The game provides a mere 24 spell slots, so you’re unable to reach the 40-card minimum if you’re only playing one of each type of card. The game is begging for a player-to-player trading function, but – as it stands – you can only buy and sell cards to other players through the Auction House, which makes it difficult to acquire four-card play sets.

Fortunately, every indication is that the developers are already working to address player concerns, and a responsive host is vital to an online community. That – coupled with the superficial nature of many of the problems – prevents me from being overly critical. The developers are listening, so the worst you could say is that the game should have spent another month in beta.

That’s ultimately what makes Magic Tactics such an intriguing title. The game can be optimized, but there’s nothing wrong with the core skeleton and the overall experience is fantastic. With continued support, it could be just as engaging as paper Magic, and that’s no small recommendation. I’ll still be playing it for a while, and if you’re at all interested in Magic the Gathering or tactical gameplay, then you have no reason not to try it for yourself.

The game can be optimized, but there’s nothing wrong with the core skeleton and the overall experience is fantastic. 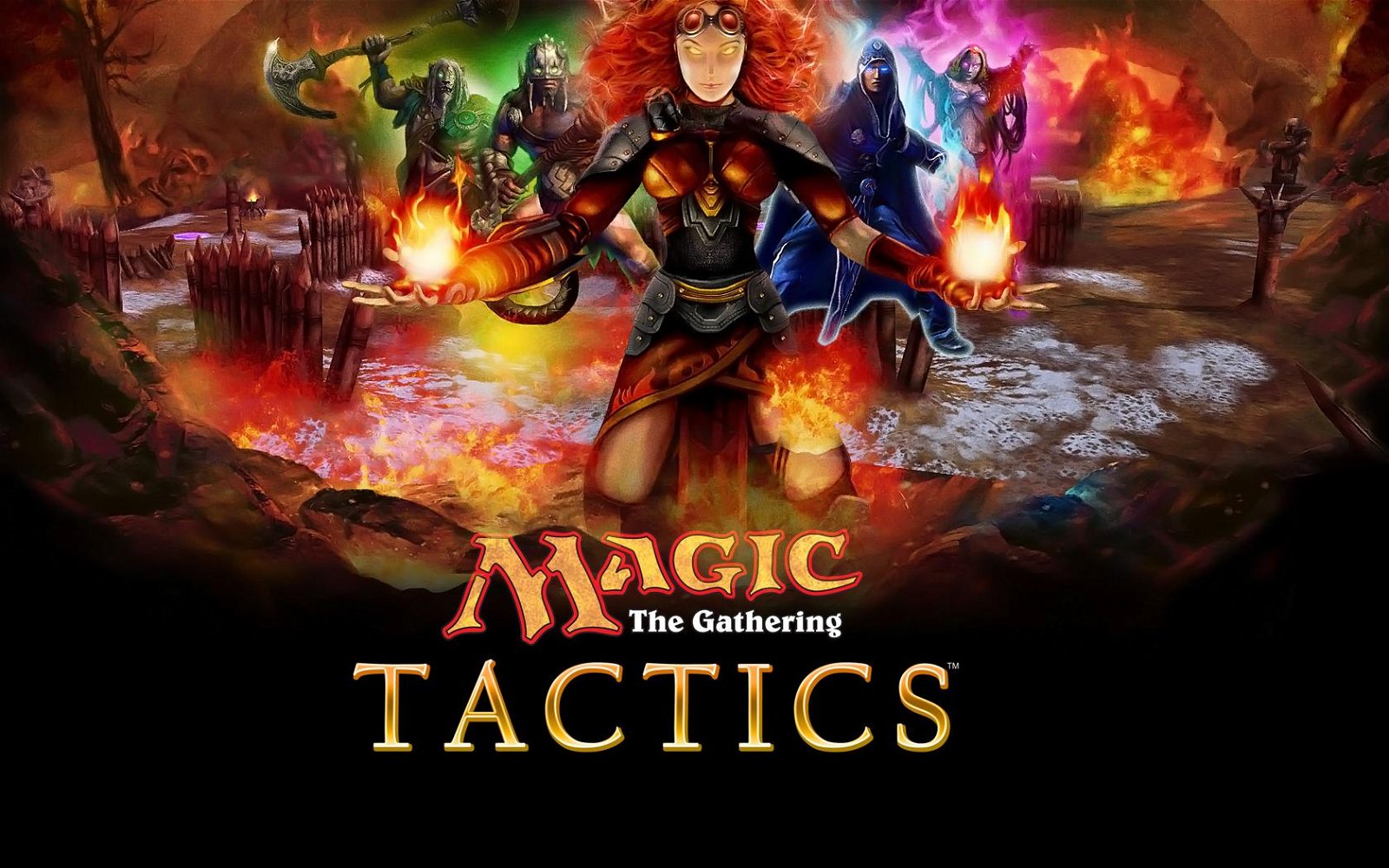