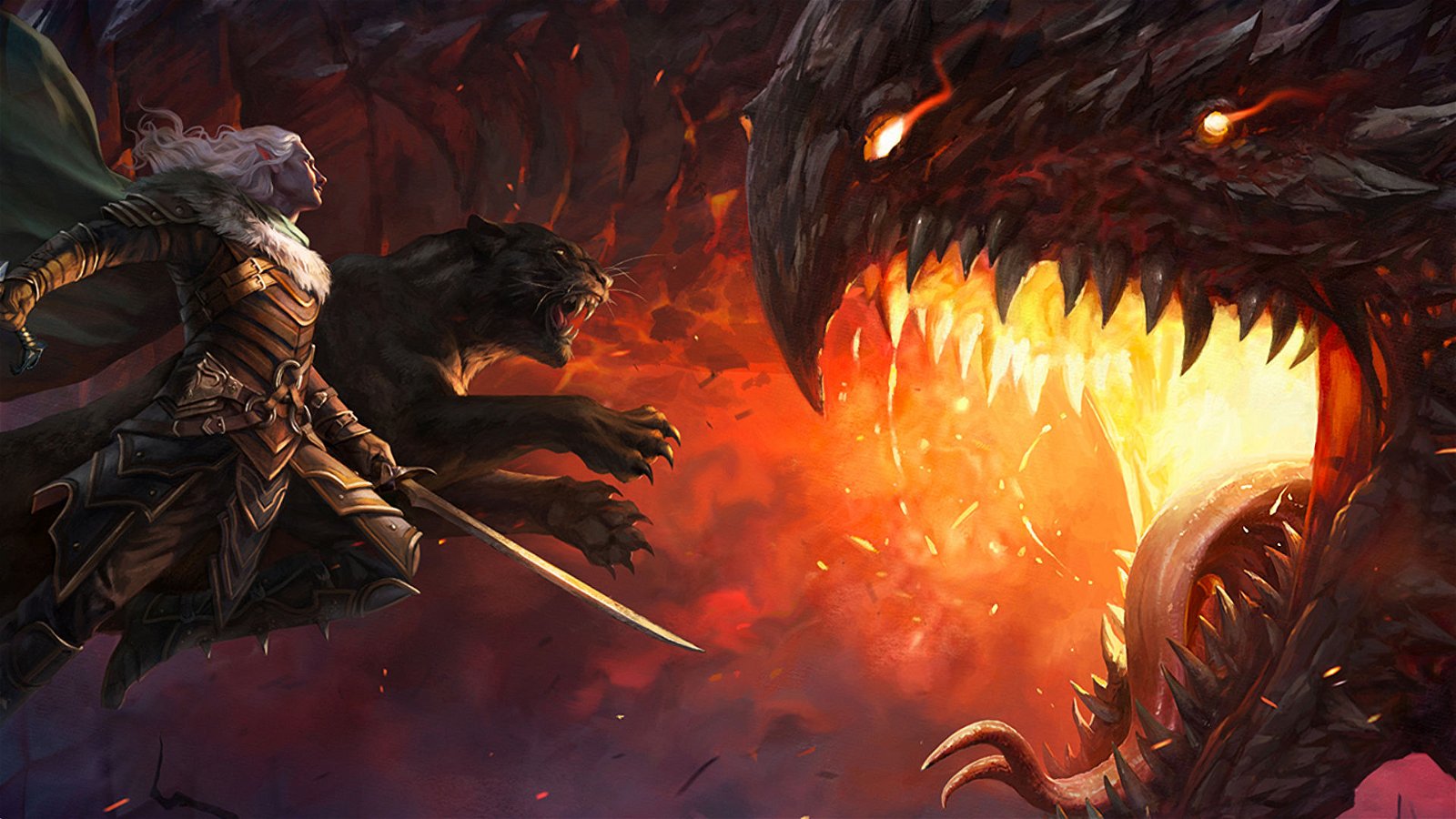 Editor’s Choice: Top 5 Intros to Dungeons and Dragons or Magic The Gathering

This weekend marks the launch of Adventures in the Forgotten Realms, a crossover between Dungeons and Dragons and Magic: The Gathering. Ever wanted to play either game? Here are the best places to start.

Maybe you’re a longtime Planeswalker who’s just encountering the Dungeons and Dragons experience for the first time through the new set’s cards. Perhaps you’re dipping your toes into the waters of Magic: The Gathering because you’ve been a longtime role-player. Or maybe you’ve just been curious about either of these evergreen tabletop experiences. Whatever brings you to these rich games, we’ve got you covered.

Here are the top five introductions to playing Dungeons and Dragons or Magic: The Gathering:

Both: Your Friendly Local Game Store

Your best resource for both games will be independent game stores in your area. You can find cards on sale at big box stores like Walmart, or RPG books at big bookstores, but prices are often more fair at dedicated shops. Staff at these stores can actually offer you guidance as well, pointing you toward the right products and explaining what you might need for your specific desires. Some stores even offer places to play, or run officially-sanctioned events like the Dungeons and Dragons Adventurer’s League or Magic: The Gathering’s Organized Play.

And of course, you get the added benefit of supporting a local business that very likely needs the help after a year of lockdowns and restrictions on in-person interactions.

Learning a new tabletop game can be daunting, but Magic Arena can help keep things simple by digitally recreating the experience and taking physical considerations like shuffling out of the equation temporarily. The game, now available on computers and mobile devices, is free-to-play and allows you to build a collection of virtual cards, assemble decks, and play against real or artificial opponents. Graduate from the tutorials and move naturally into playing in a variety of formats, and even participate in events like prerelease tournaments and Friday Night Magic virtually. Then you’ll be ready to make the transition into playing the paper game in no time.

For the last ten years, games like Duels of the Planeswalkers tried to do something similar, but Magic Arena beats them all by keeping up to date with the physical game, instead of keeping to a narrow card pool with limited mechanics. It’s also far more newcomer-friendly than the long-running MTG Online. Being able to hop into a game quickly from your phone is a revolutionary development.

(Don’t forget to redeem the code PLAYDND to get three free packs of Adventures in the Forgotten Realms!)

You’ll need a trio of books to start playing Dungeons and Dragons—the Player’s Handbook, Dungeon Master’s Guide, and Monster Manual. Bought individually or in bundles, this can be a steep entry fee, and feel like being thrown into the deep end with so much material to absorb. Instead, you can check out the Essentials Kit or Starter Set. For half the price of one of those tomes, you get simplified rulebooks, a set of dice, premade character sheets, and a newbie-friendly adventure. Gather a group of friends, pick a DM, and run through the adventure to get a grasp on what the experience is like.

The Starter Set is a little older and may be harder to find, but its included adventure, “The Lost Mine of Phandelver,” was a great way for my group to get into the current Fifth Edition of Dungeons and Dragons. It also served as the jumping-off point for the McElroy family’s The Adventure Zone podcast, if you’re familiar with it.

You don’t have to sink a ton of money into a trading card game to win games or enjoy yourself, but let’s be honest, it helps. Strong cards tend to jump in value, and it can feel like there’s a paywall involved if you get trounced by someone who’s carefully constructed a potent deck. You can level the playing field by playing in the Sealed format. Here, players make their decks on the spot by opening six booster packs and only using their contents.

The odds of being trounced by that potent combo that’s dominating the pro circuit are dramatically reduced, and you get to flex your creative muscles by trying to make a successful deck from a limited pool of cards. Plus you get the added thrill of opening new booster packs.

It’s fun to make up a new Dungeons and Dragons character, but for many players, the actual act of checking all the rules can be exhausting. D&D Beyond makes the process infinitely easier. Their web-based character generator guides you through the process, presenting only valid options based on your character, and churns out a beautiful character sheet at the end. You can even use the website to track your stats in the middle of a session, or use it to roll dice.

Granted, you’ll need to purchase rulebooks on their service to unlock their options, even if you own the physical products. However, this can be mitigated somewhat by subscribing to Beyond’s membership tiers and unlocking content sharing amongst the other players in your campaign.

Having played both games with a group of friends for over a decade, I can say that both experiences are really worthwhile, even if they seem daunting at first. And if you find yourself wrapped up in them, you can synergise with crossover products like Adventures in the Forgotten Realms and Strixhaven: A Curriculum of Chaos, a new sourcebook coming November 16.