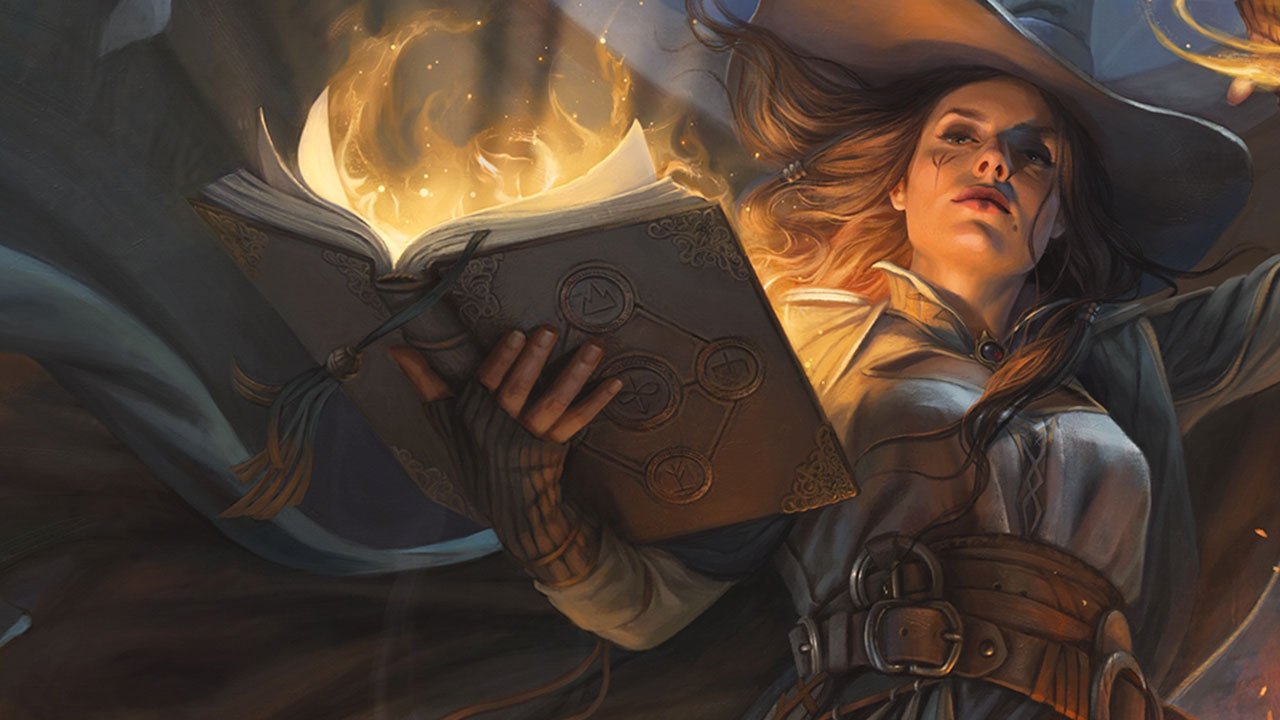 The world’s original roleplaying game, Dungeons & Dragons, has been on an upward swing for several years, bolstered by the popularity of its latest edition, endorsements from high-profile public figures, and even by the pandemic, as friends seek ways to stay connected. Its latest sourcebook-Tasha’s Guide to Everything-further bolsters it with a fresh suite of character building options and rules for players at all levels.

For the uninitiated, there are a couple of books your group will need to access in order to play Dungeons & Dragons: the Dungeon Master’s Guide and Monster Manual for the DM, and as many copies of the Player’s Handbook as you may want or need. In 2017, Wizards of the Coast released a supplementary sourcebook called Xanathar’s Guide to Everything, adding new subclasses for every job, new magic spells and items, and handy charts to help shape character personalities. It’s not technically required to play, but offers the best sort of enrichment.

Tasha’s Cauldron of Everything follows in that vein, and may even outdo its predecessor. Each class is given not only more subclasses in Chapter One, but also a set of Optional Class Feature—traits you can take in lieu of those prescribed in the Player’s Handbook. The Artificer class is printed here as well, for those who didn’t purchase the more specific Eberron campaign guide last year.

As for the subclasses themselves, they range from obvious choices (like the law-obsessed Order Domain for Clerics) to the unsual (the Genie patron for Warlocks, or Swarmkeeper for Rangers who want to weaponize a bee hive). The Monk gets two particularly interesting options: the Way of Mercy makes them viable healers, and the Way of the Astral Self enables Doctor Strange-esque martial arts. Having seen them in action, there are some very interesting and unique options on offer.

Tasha’s Cauldron leads with guidance on how to break free of the game’s rigid race structure. D&D has traditionally had a cut-and-dry approach to race: every half-elf has a natural inclination toward Charisma, for example. This sourcebook offers a new approach that will allow adventurers to make cunning half-orcs, durable elves, or whatever concept they want to pursue.

There are also guidelines on how to change your characters’ features or subclass mid-campaign—for example, if your lawful good paladin breaks bad and pursues a life of vigilante justice. This customization has always been available to players and DMs who have the imagination to make them happen, but it is nice to have a standardized structure for how to go about it, in a way that maintains game balancing.

Chapter Two details the concept of Group Patrons, an external influence that can guide and support adventuring parties. Heroes could join official entities like the Forgotten Realms’ Harpers, attend a magic academy, or throw in with a criminal syndicate. Dungeon Masters can utilize these to distribute rewards, set up adventure hooks, or steer moral choices. Once again, Wizards of the Coast has codified something that ambitious DMs have homebrewed for years, which may either take the strain off of them, inspire newer DMs to do the same, or go completely ignored.

Chapter Three is the mandatory list of new items and magic. The majority of the magic is new “Summon x” spells, and other options suited to the new subclasses. There’s a section for customizing spells, but this is a purely cosmetic consideration, unfortunately.

As for items, there’s a suite of new goodies at all rarity levels, running the typical gamut from an alternate spellbook for wizards to a psuedo-Megazord automaton. The bulk of them fall into a new category of magic tattoos. They’re novel in concept, like reusable items equipped directly to the flesh, recharging daily, and occupying a portion of the wielder’s body proportionate to their rarity (for example, a Legendary tattoo will cover one’s arms and torso, while a Common would be easily concealable).

However, there’s a “special needle” mechanic in play that seems tedious to me as a DM. Each tattoo is applied by a specific needle, which disappears when the tattoo becomes attuned to a character, and reappears if the character loses that attunement somehow. It feels inelegant, but could easily be adjusted with some homebrew tweaking.

The fourth and final chapter is meant for DM eyes only. It includes the concept of a “Session Zero,” where players not only discuss the characters they’ll play, but their expectations for the campaign. The goal here is to make the game a safer space for all.

This section also contains suggestions for creating sidekicks, environmental hazards, and magical phenomena, with effect tables to assist. The lion’s share is taken up by puzzles—a guide to creating them, and a suite of examples to spice up dungeons.

As a book itself, Tasha’s Cauldron is an outstanding addition to your Dungeons & Dragons library, like Xanathar’s Guide before it. Both books offer a bevy of player options, and insights that frequent DMs should read at least once. They’re not technically required but extend the core experience.

In 2021, there are a handful of options for how to obtain and incorporate these books. You can buy them as a traditional hardcover tome and support your Friendly Local Game Store, which likely needs your support in these difficult times. Wizard’s official service D&D Beyond has an amazing, growing set of tools for players and DMs alike. Its excellent character builder incorporates this content seamlessly, once you buy it from their digital marketplace (for a considerably lower price).

Our review code was provided by Roll20.net, who offers the most balanced value of all. Their system allows you to build characters and import them directly into a digital tabletop, then play online with friends. D&D Beyond doesn’t boast such a feature, but Wizards’ character builder is a smoother process, and the rulebook is slightly easier to peruse on their platform.

(Just be advised that if you want to make characters in Roll20’s Charactermancer, it only includes Wizards of the Coast’s System Reference Document, or in other words, the absolute bare minimum of character creation options. If you don’t already use Roll20 for your digital RPG sessions, your group will need to invest in the core documents through their digital marketplace to truly enjoy this new book, as my party discovered.)

D&D Sourcebook Tasha's Cauldron offers a bounty of new class options, while codifying some concepts that Dungeon Masters have been incorporating for years. 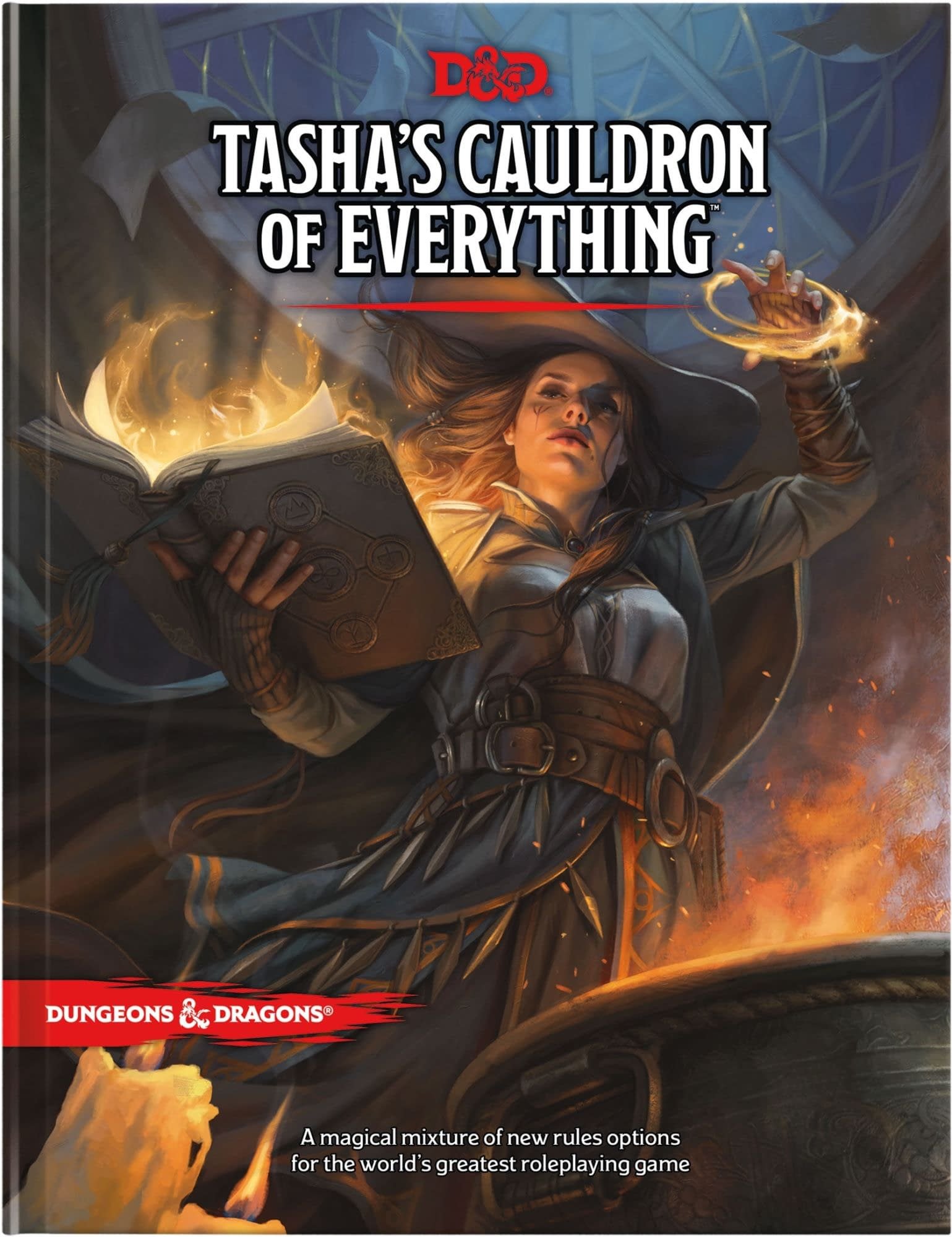 Name: Tasha's Cauldron of Everything Review Score:  8.5
Publisher: Wizards of the Coast MSRP: $49.95