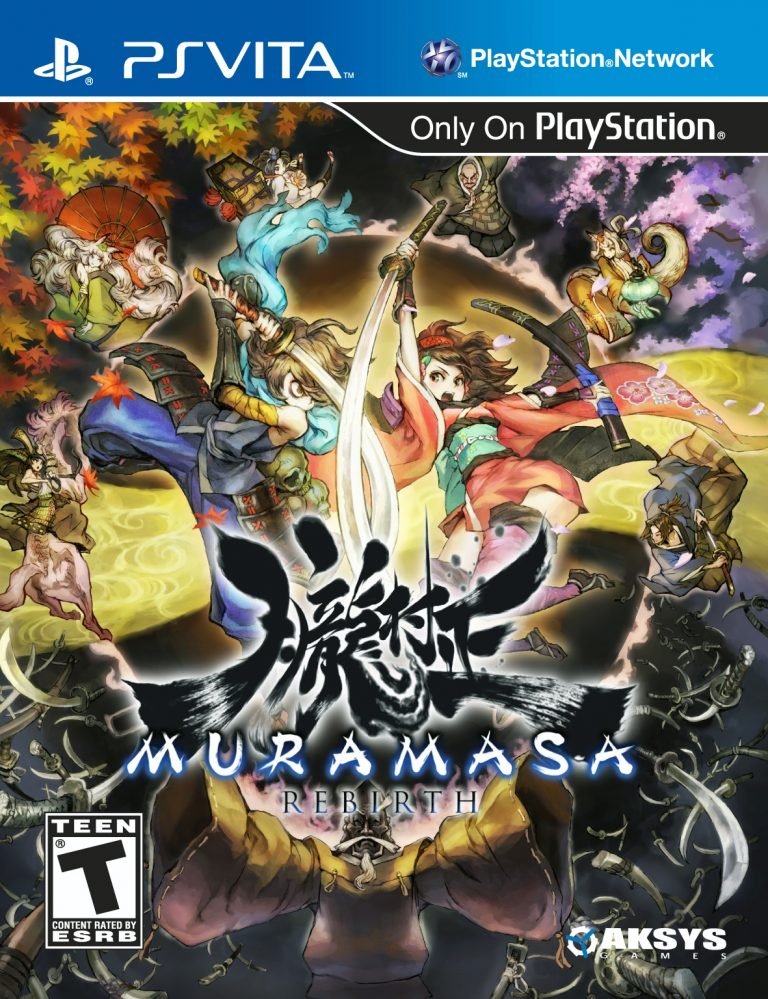 Muramasa Rebirth , like many games on the Vita right now, didn’t start its life as a Vita exclusive. The 2D, side-scrolling, action-RPG originally debuted on the Wii where it tried to saddle itself across two audiences, providing some Wii-mote waggle combat, while also offering traditional controls for people that wanted more precision. The game performed decently on the Wii, and now Vanillaware has brought the title over to the Vita. If you’re one of those people that wishes the Vita had more decent games, add this to your list and get it.

Like past Vanillaware games such as the Odin Sphere, Muramasa Rebirth allows players to start the game by choosing from multiple characters. There’s Momohime an overthrown princess now possessed by the spirit of a skilled but heartless samurai, and Kisuke a fugitive ninja now on the run. Each one has their own storyline, meaning the game is meant to be played multiple times.

But first, there are the graphics. Vanillaware has carved out a small, distinct niche for itself producing some of the finest 2D graphics seen on consoles to date. The original Wii version of the game was in standard definition, but it got an HD facelift for its Vita debut. In other words, the game looks even more beautiful and detailed on the Vita’s OLED screen and is definitely an eye catcher. The music remains the same; a distinct mix of traditional Japanese instrumentation with some 80s flair thanks to Hitoshi Sakimoto. Other changes to the game are to be expected; there’s the ditching of any kind of motion control, though surprisingly there’s been no effort to incorporate the touch screen at all, which would have been a natural for menu navigation.

When we get to the game itself, we have pretty much a new version of Odin Sphere. Vanillaware likes its action-RPGs and they know how to craft a game that is both precise in its combat, and substantial enough to keep stat hounds happy. The controls for combat fall under the “easy to learn, difficult to master” school, with only buttons for jumping, attacking, switching weapons and the use of the D-pad to select and use auxiliary items for healing. The responsiveness of the analog stick (only the left one is used) is fantastic, this is exactly the kind of game that shows off the exceptional engineering of the Vita’s build quality. The RPG mechanics fall within Japanese conventions; XP acquired during combat is used for leveling, accessories can be equipped for stat boosts, and a cooking crafting system has been implemented to heal and buff for various effects based on the dishes prepared. Both the action and the RPG elements work well together and provide a game with a lot of things to keep players busy. At least initially.

If there’s any real downfall to Muramasa Rebirth, it’s the repetitive nature, something that Odin Sphere also fell prey to. There’s a limited number of enemy types, and the levels use the same art assets repeatedly, so despite the huge maps, the game feels same-y a few hours in. Add onto that a second playthrough and the game can’t shake a sense of constriction. The combat makes up for a lot of that, with its fast pace and tight controls, but for $40 for the physical copy and $35 for the digital, the smaller size combined with AAA 2D production values is an easier pill to swallow than a $50 or $60 game. This is definitely one of the better games available for the Vita’s currently small library, and it’s a safe recommend for people looking for some beautiful 2D action.

If there’s any real downfall to Muramasa Rebirth, it’s the repetitive nature, something that Odin Sphere also fell prey to. There’s a limited number of enemy types, and the levels use the same art assets repeatedly, so despite the huge maps, the game feels same-y a few hours in.
REVIEW SCORE
8
File Under: