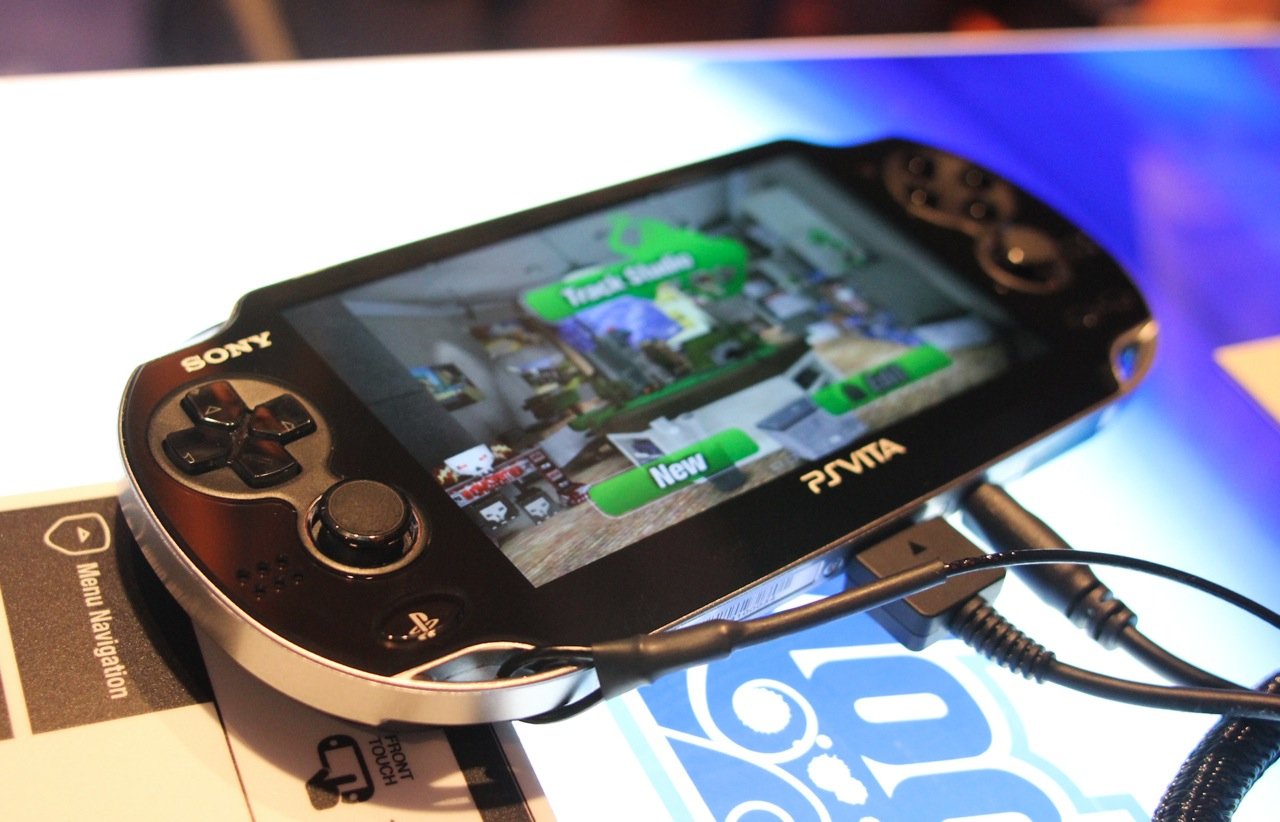 The PlayStation Vita is arguably the most underrated of all the current platforms. Most dismiss it with having no games or just being a dumping ground of obscure games from Japan. What these people don’t see is that over the past few years that it’s been out, it’s slowly built up a solid library of games that are definitely worth the purchase of the handheld.

With the new PlayStaion Vita Slim coming out soon, we thought that we’d put together our top five Vita games.

One of the first killer apps on the Vita is still one of the best games on the system.

The main gameplay of it involves the main character Kat’s ability to reverse gravity around her, allowing her to fly though the floating city of Hekseville. Flying around is constantly fun and gives the player a level of freedom that most games don’t provide.

Gravity is controlled with the gyroscope and it controls quite well. Even if players fall out of the sky and off the city, no penalties are given to give the them encouragement to experiment and to play riskier than usual.

As players progress, they’ll unlock more powers such as a telekinetic grab that can be used to lift objects to throw at enemies.

The world of Hekseville feels fairly real. When using the anti-gravity powers, they’ll also effect people in Kat’s immediate area and who will also flail though the air as you change the direction of gravity. Even the subtle animations of Kat flailing around in the air make the game feel more lifelike and add to the degree of fun that Gravity Rush provides.

Sorry Ryu Hyabusa, but there’s a better ninja action game on the Vita.

Muramasa Rebirth tells the story of Kisuke, a young ninja who apparently died while protecting a blade that housed a demon, and Momohume, a princess who’s body gets taken over by an evil swordsman. While the story often feels lacklustre and spread thin, the game’s combat is what really shines.

Muramasa Rebirth is without a doubt the best character action game on the Vita. The combat flows incredibly fluently, and feels extremely satisfying. While in combat, players can switch between three different equipped katanas or giant blades at any time that each have their own special abilities. One may be able to use a screen clearing magic attack and another can create a huge power geyser to cause massive damage to single targets.

The painted Japanese visuals are absolutely gorgeous to look at and it makes Muramasa look like no other game.

Imagine the Phoenix Wright series, combined with the movie Battle Royale, and the Persona series.

Trapped in Hope’s Peak Academy by a homicidal bear named Monokuma, the player and a group of “ultimate” highschoolers are faced with a grim decision; either live in the school together forever, or murder another student and get away with it to leave.

The game is split up into two different game modes; Daily Life and Deadly Life. In Daily Life, the player explores around the school and interacts with other classmates to try and solve the mystery of how they and the other students wound up in this situation, and to find a way out. In Deadly Life, the player will have to find clues after a murder takes place, and then try and find out “who-dun-it” in class trials.

The main strength of Danganronpa is that it’s mystery and plot is so intriguing, as well as its ability to mix goofy humor into an incredibly dark narrative. Adding in how incredibly well paced everything plays out just adds to it being one of the best visual novels that’s currently available.

MediaMolecule’s newest project brings more creativity, and encourages the player to bring theirs as well in Tearaway.

As the sun, players will help Iota, a messenger who happens to be an envelope to be delivered to your own world. The story that you and Iota go on is both heartwarming, and heartbreaking. The amount of emotion that comes from these constructed beings that are made of construction paper rivals and even exceeds what most games twice of Tearaway’s try to accomplish.

Teraway takes advantage of everything the Vita has to offer. The front touch screen is used to move and alter certain objects in levels, as well as defeating certain enemies. Players can also use the rear touch screen to have their fingers rip through the game world to help Iota.

Like MediaMolecule’s other games, Teraway encourages players to be as creative as possible. At many sections in the game, you’ll have to create an item or article of clothing out of bits of construction paper. Whatever a player wants to create is possible.

Let’s be honest, most of you knew that this would be number 1.

Persona 4 Golden has been the single reason why many customers have bought a Vita and for good reason.

Everything from the original PS2 game stays intact, while adding dozens of new features including brand new Social Links, a new secret dungeon, more areas to visit, new tag in attacks for every party member, and an additional few extra months that are fully playable just to name a few.

In Persona 4, players move to the rural town of Inaba for a year. Just as soon as their first day of school ends, players get wrapped up in a murder mystery that involves a whole other world inside of television sets.

It’s in here where shadows, the dark thoughts of humans that have manifested into monsters run rampant. The only way to defeat them is to use a Persona, a being that represents a “mask” that everyday people wear.

Gameplay revolves around the actual life of the main character and dungeon crawling in the TV world. On weekdays you go to school, and then after school there are decisions on how to spend the rest of the day. Do you go level grind in the TV world, or do you want to partake in a part time job to gain more money? The time constraints feel daunting at first, but give the feel of Persona 4 Golden’s world being real and it makes the player feel like they’re actually living in that world.

Persona 4 Golden is the definitive version of one of the best Japanese Role Playing games ever made and is the best Vita game on the market.