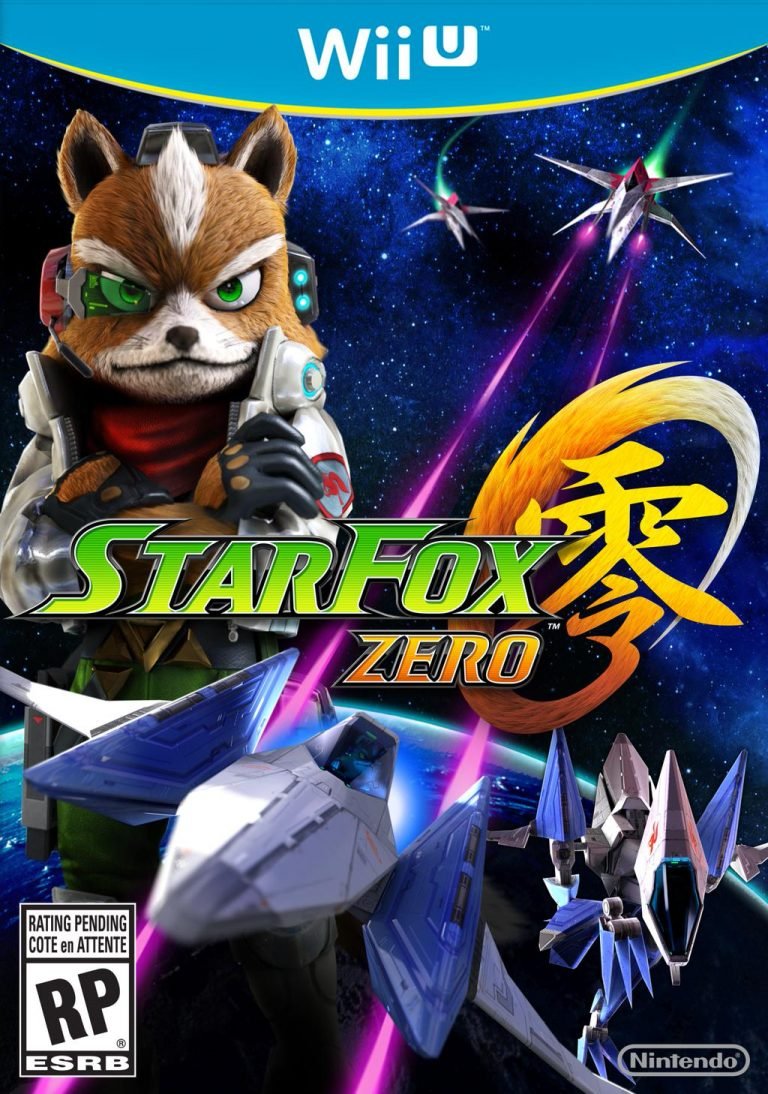 In the gaming world, Nintendo has long been the nostalgia company. In addition to providing tight and satisfyingly simple games that anyone can play but few can master, much of any modern Nintendo games’ appeal comes down to the company’s unique ability to put foundational characters from the history of videogames into new console experiences. Any Nintendo fan knows that by picking up a new console, they’ll get a fresh hit of Mario, Link, Donkey Kong, and co. somewhere down the line. Yet, there was one hero who was mostly conspicuously absent from the last Nintendo generation: Star Fox. Yep, that foxy space captain who taught us all the joy of space dogfight simulators and insisted (through a friend) that we “do a barrel roll”. Dreams of a Wii chapter in Star Command’s explosion-laden legacy were dashed long before that system shipped off to pasture. However, the dreams of Star Fox fans everywhere have finally come true on the Wii U with Star Fox Zero, a beautifully implemented and ridiculously entertaining new franchise entry that just might be the console’s finest release to date.

The plot is pretty much the same as previous Star Fox adventures. Andross is up to no good in the farthest reaches of the galaxy. Fox and a familiar cast of supporting characters must jump into various ships and blow stuff up until Andross’s reign of terror finally comes to an end. It’s exactly what the tale has always been and the folks at Platinum Games push every nostalgia button possible. Falco (that jerk), Peppy (the ol’ timer), and Slippy (the whiner) are all back with beautiful designs that stay true to the Star Fox legacy while taking advantage of the Wii U’s horsepower (as well as familiar voices spat out of the gamepad speakers). It’s an absolutely gorgeous game that takes every design longtime fans hold dear and spruces it up with that Nintendo HD coat of paint that makes everything look like the gaming equivalent of Pixar. Where things change are in the controls and possibly the best use of the Wii U Gamepad to date.

Players fly their Arwing on the television as usual, but this time you also can use the gamepad for precision aim in a POV cockpit mode; with an even wider field of view by moving the controller around in real space. That might sound like too much multitasking for one space shoot em’ up and indeed, at first it can be a bit overwhelming. However, once you get the hang of things, it’s amazing how satisfying the game feels. Suddenly, you’ll find yourself dodging enemies and caverns on your TV while shooting people beside and below you on the gamepad with ease and at top speed. It’s unlike any game I’ve played before. While that means every inch of attention is required (to the chagrin of multitasking gamers everywhere), the design proves so addictive and just plain fun that you might not even notice.

To further spice things up, there are additional vehicles that add variance to missions. The Arwing itself can turn into a ground vehicle that uses the wings as legs with the push of a button; leading to some strangely wonderful level design. Shooting a large ship from space, then walking inside it for the final destruction is just as amazing at it sounds. A helicopter-esque Gyrowing slows things down for some tricky precision levels with some’ puzzle solving in the form of a hacking bot controlled from the gamepad screen. to spice things up. Then, of course, there’s the Landmaster tank that does damage from the ground. It even hovers this time for extra awesomeness. They’re all wonderful vehicles with their own strengths and are employed in a variety of ways through each and every level in the main story mode. Now, there aren’t many levels when you break down the numbers. However, each one of them is large and satisfying with an intense incline in difficulty that will have players putting in plenty of hours on the way to the finish line. The mix of difficult levels and steep-learning curve controls meant that Nintendo also tossed in an invisibility aid if you die far too many times and it’s much appreciated. Plus, there’s more to the experience beyond the admittedly stunning main story, aside from the usual alternate routes and time challenges.

There’s a robust series of training levels for every vehicle that are far more amusing, pretty, and replayable than anything titled “Training Mode” should be. There are also unlockable play modes that can’t be discussed just yet, and while there’s sadly no online multiplayer (which likely would have been a real design headache with the multiscreen controls), there is a nice couch co-op feature that splits piloting and gunner duties and…well…a second game tossed in for good measure.

Star Fox Guard is available separately at a lower price point and while it’s definitely amusing enough to be worth looking into on it’s own, it really should be considered part of the overall Star Fox Zero experience. Essentially, it’s a tower defense game with a security cam gimmick. The base that players must protect is monitored by twelve cameras with feeds visible at all times, yet only one camera can fire lasers. That seems like a design flaw as a practical security system, but who am I to judge? That means that while players fight off waves of a variety of differently powered robots, they’ll have to regularly and strategically switch from one camera to the next with the touch of the game pad and keep track of all twelve screens at once. It’s simple, but nerve-rattling intense and just like Star Fox Zero, the unique design/control scheme takes a few minutes to learn but is instantly addictive and incredibly satisfying. It will be easy to lose hours on this thing and players can expect plenty of sweaty-palmed intensity. As a supplementary part of the Star Fox Zero package, Star Fox Guard more than makes up for the lack of online multiplayer.

Simply put, Star Fox Zero is the most fun I’ve had with any Wii U game to date. The title more than makes up for Fox McCloud’s conspicuous absence for a decade and proves just what a uniquely satisfying gaming experience the gamepad offers when treated as an asset by game designers, rather than a bulky requirement to work with Nintendo’s mascots. It’s beautiful, challenging, deep, addictive, and plays unlike any other space shoot em’ up I’ve ever experienced. It’s disappointing that Nintendo fans won’t be able to dogfight themselves silly online (especially after the success of Star Wars Battlefront), but the added value Star Fox Guard is a worthy substitute. Toss in some Amiibo extras (they mostly only add cosmetics, but the 16-Bit skin provided by the Star Fox figure is damn fun addition for vintage gaming fans) and you’ve got a deeply satisfying package that should be picked up immediately by anyone with a Wii U. Were it not for the fact that we’re so deep into the Wii U’s lifecycle, I’d call Star Fox Zero the killer app that will send consoles flying off shelves. Maybe that will happen anyways. This is a title anyone who loves action games needs to play immediately. Do yourself a favour and get yourself a little Star Fox in your life. It’s about time the old boy returned and thankfully, he’s better than ever.

Star Fox’s loooooooong awaited return doesn’t disappoint on any conceivable level…well…maybe online multiplayer, but given how great this game is, it would be silly to complain.
REVIEW SCORE
9.5
File Under: Nintendo, Star Fox