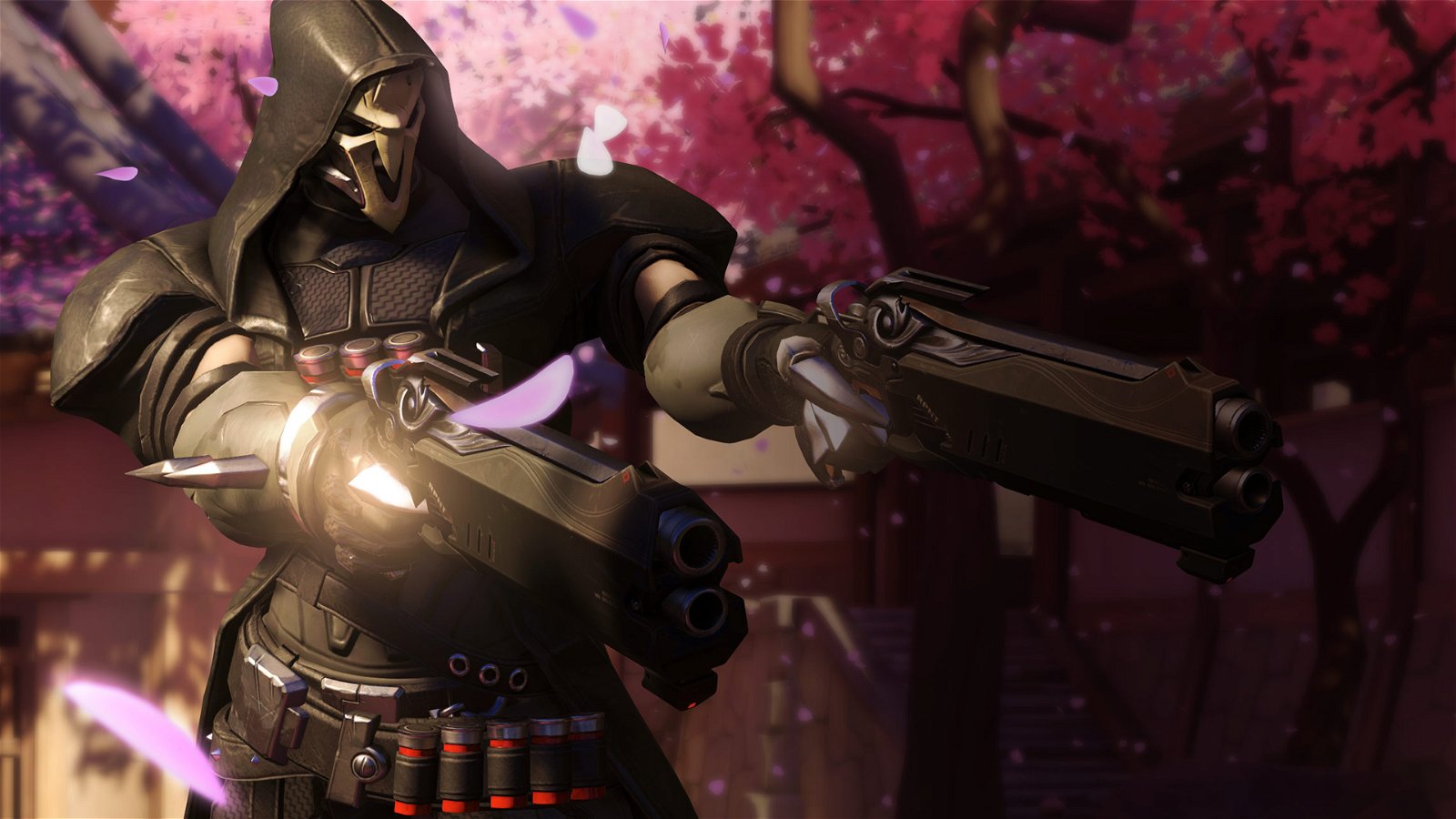 If you haven’t heard of Overwatch, then you’ve probably been living under a rock as it has been marketed and hyped to hell. But does it live up to that hype?

Yes and no. If you are looking for a solid, hero-based multiplayer shooter that is far closer to Team Fortress 2 than the MOBA genre, you’ll probably dig it. However, the levelling system and micro-transactions are setup like a free-to-play game.

There are 12 maps in total, each configured for one of the four specific game types. Assault has attackers attempting to capture a series of points from defenders in a set amount of time. Escort has teams trying to deliver or stop a payload from reaching its destination, done so by walking alongside it. Control is similar to the standard king of the hill mode found in many FPS games where teams compete to hold the hill for a set amount of time. And the assault/escort mode starts with players attempting to capture a point, then escorting a payload.

While the objectives vary between game types, they all feel quite similar, aside from control. Assault and escort have teams slowly pushing towards an objective, versus control tend to be all out madness happening near the objective. Either way, every game type on offer is fun, though I’d have liked a bit more variety. Also depending on the map, if you’re on the defending team there are times when respawning means walking sometimes upwards of 30 seconds to get back to where the action is, which is rather dull unless you’re in love with the scenery. If you’re the kind of player that would rather play team deathmatch than objective based matches, then this might not be a good fit for you.

Surprisingly all of the 21 racially and culturally diverse characters on offer feel unique from one another with each having their own stats, abilities, and personalities, and this means there is a character to fit every playstyle. From the super fast glass canon known as Tracer, to the sneaky sniper named Widowmaker, if you enjoy FPS games you’ll surely find at least one character that matches your way of playing. I gave each character a spin before settling on four that I liked to switch between, depending on the situation at hand, since you can switch between characters during matches anytime you’re in the base. Switching mid-game is an important strategy and can easily turn the tides of battle, something I wish more games offered.

Overwatch is, at its core, a multiplayer-only experience. Although technically you can setup a custom match with just yourself a bots, it isn’t the intended experience. I’m nowhere near great at the game, but even I found the AI to be pushovers even on the hardest difficulty setting, though it does provide a nice breather from the frantic PVP action.

The characters are separated into four different classes on the character selection screen: offense, defense, tank and support. This makes for quick and easy team building, as well as small notifications that let you know what you could be missing, such as not having a support or tank character. That said these are just suggested roles for these characters and they can be played multiple ways.

Having so many different characters means strategies can develop and change over time, as well as the inevitable balancing issues. Currently, there are a couple of characters that feel overpowered such as Bastion, who can quickly turn into a stationary minigun and mow down enemies extremely quickly, and Torbjörn, who builds automatic turrets that seemingly never miss shots and have quite a long range. Obviously Blizzard has the ability to make changes and tweaks to the balancing as statistics start to come in while the game’s meta develops, as it has already done as much since the game’s open beta.

Every character has at least 54 different unlockables including skins, emotes, voice clips, sprays, taunts, and more. Thankfully the unlockables are purely cosmetic and have no impact on gameplay. Loot boxes containing four unlockables each are earned each time your rank levels up, with each level requiring more experience points than the last. Loot boxes can also contain in-game currency that can be used to purchase unlockables of your choice.

One of my main issues with Overwatch is the implementation of its micro-transactions. Due to loot boxes only being granted upon levelling, and each level requiring more experience points, this means over time you’ll be grinding more and more to get one, measly loot box. Meanwhile, Blizzard hangs the proverbial carrot-on-a-stick in front of you by offering to sell you loot boxes at costs ranging from 2 boxes for $1.99, and up to 50 for $39.99. On top of that, you aren’t even guaranteed a new item, as it is possible to get duplicates that then just grant you a very small amount of in-game currency instead.

In my 16 hours with the game, I have only earned 430 of the aforementioned currency, which isn’t even half the cost of legendary skins, which go for 1000. I have, however, gotten two legendary skins from loot boxes. 2 down, 82 to go, or around 656 hours of gameplay if I continue to get drops at this same rate. Or, I could buy into the micro-transactions.

Artistically Overwatch is an extremely colorful breath of fresh air, in stark contrast to most first person shooters that come out these days, which opt for gritty realistic tones. Everything pops off the screen from characters, to projectiles and, to a lesser extent, stages. I’ll take a game with style over realism any time. I especially love the character designs as there is truly something for everyone. Want to play as a cowboy? You can do that. A gorilla scientist? Yup. A robot with a bird buddy? Surprisingly yes. That mixed with diverse body types and races means you’ll probably fall in love with at least one character, even if you don’t like playing as them.

With so many characters and maps, somehow this still feels light on content. The game launched sans competitive mode as seen in the beta, and there is seemingly no lore or story to be found whatsoever, with the excellent cinematics released by Blizzard missing from the PC version of the game. Obviously, you can still watch said cinematics via web browser, but including them in the game would have made it feel at least a bit more like a complete package. Blizzard promises years of free download content and support for the game, so potentially that is only a temporary problem.

That said I am concerned with the longevity of Overwatch, since after playing for 16 hours I’m beginning to grow bored of the same few maps and game types. Sure, the character variety is great, but the repetition stacked with the slow grind is already turning me off of the idea of having this be a go-to multiplayer experience for me. I felt the same feelings for Titanfall when it launched and ended up not playing it for very long, but at least that didn’t have micro-transactions in a full priced title.

I mostly enjoyed my time with Overwatch as it is very easy to pick up and play. The characters are diverse and just as colourful as the levels where battles take place. As a free-to-play title, I’d have no problems with the grinding and micro-transactions, but these mechanics in a feature-lite, full priced title, mar the overall experience for me. Maybe you’re okay with that, but I’m not. No matter how many games do it, I’ll never be okay with it.

In case you’re wondering, I think Battleborn is a better game, even though comparing the two is like comparing chess to checkers, sure they might look similar but they play quite differently.

A decent hero-based shooter that is light on content and heavy on grinding for cosmetics, unless of course you'd like to buy some micro-transactions. 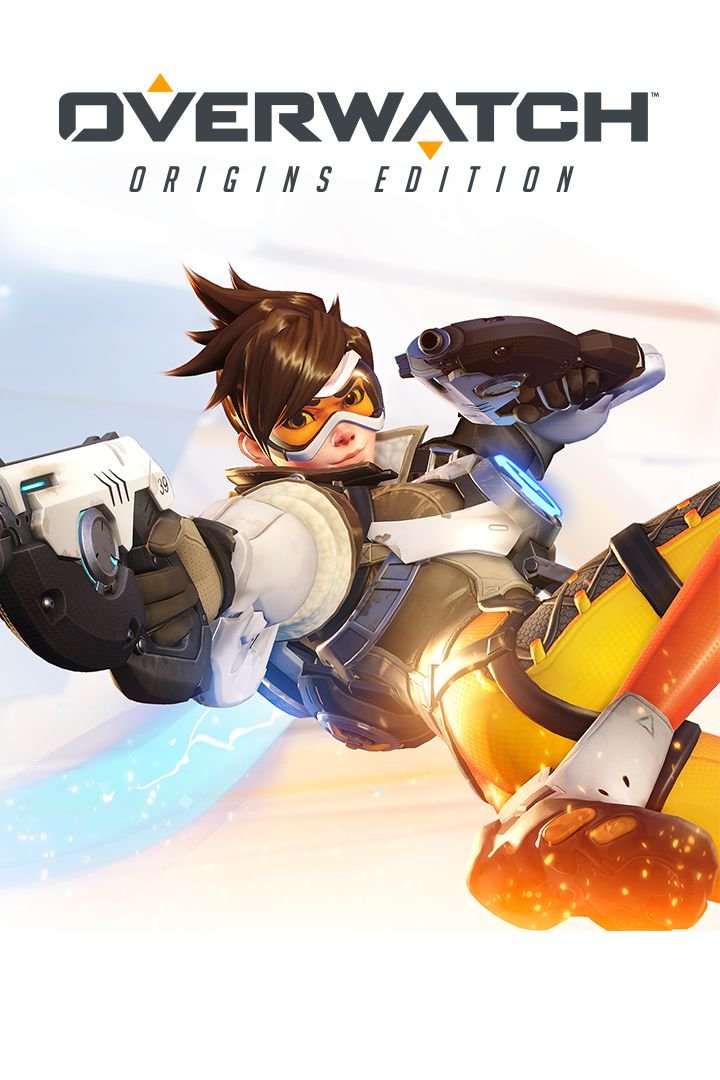