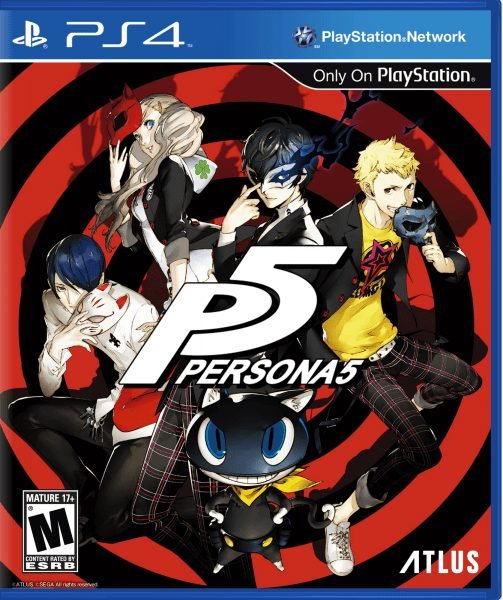 Persona 3 and 4 came at me during a crucial turning point in my life. It was when I was a teenager, testing my boundaries for the first time, messily jumping into relationships for the hell of it, and trying to do the general opposite of whatever anyone told me to. At that time, these two Shin Megami Tensei spin-offs seemed to understand me. They were two very edgy, very teenage games – perfect for a scrawny edgelord like myself. The focus on making friends, fighting the system, and understanding something that adults just didn’t get made me feel like I was a little less alone in the world – like someone out there got it. While Persona 5, the much-anticipated and much-delayed sequel to its smash-hit 2008 predecessor, doesn’t quite resonate with me as much as previous entries did, it managed to warm the cockles of my cynical heart and remind me how important this series was to me back then.

Part of that is how easily relatable I can see the plot being for its core demographic around the world. It’s something I could see sixteen-year-old me thinking is deep or profound, simply because the word “politics” gets thrown around a whole lot. The basic gist, without giving away too much, is that the protagonist was framed for an attempted assault on a woman. In reality, the perpetrator was a politician with a striking resemblance to Howie Mandel, but because the system is corrupt, the protagonist was pinned with the crime and put on probation. Cue an uncomfortable move to the big city and frightened looks from classmates at the new kid. As it turns out, however, the protagonist’s predicament is just one of many in a series of stories of privileged elite screwing over society. Those stories aren’t just a strange coincidence – there’s a vast conspiracy at work, and by the game’s climax, it’s a whole lot larger than one may initially suspect. And because this is a Persona game, it’s up to a scrappy group of mismatched teens and a strange mascot to expose the conspiracy, save the world, and discover the magic of friendship along the way.

Yes, the theme of Persona 5 is “taking down the system,” and for teens the world over, I’m sure it’ll go over pretty well. After all, what’s more appealing than a group of skinny, good-looking pals teaming up with a talking cat, sticking it to corrupt authority figures, and becoming internet celebrities through their secret rebel club? It’s practically High Schooler Wish Fulfillment 101.

If you’re not in the intended demographic, though, I feel that the narrative here falls a little flat. Even when players uncover the dots connecting former Olympic medalists, rich painters, politicians, and the like, it all feels a little shallow and lacking in the insightful social commentary present in previous games. “The system’s rigged, man” doesn’t quite feel as transgressive or meaningful as “save Japan from a mental health crisis” or as terse as “stop this small-town serial killer.” In Persona 5’s attempt at making the narrative’s stakes feel higher, the result is a plot that goes bigger but loses focus along the way. Big words are thrown around to trick players into thinking it’s a lot smarter than it really is, but when taking a look at the big picture, it’s impossible to not see through the veil and realize it’s a generic “row row fight the power” yarn with stylish gloss and some particularly lovable characters.

Yet, that stylish gloss goes a long way – I didn’t necessarily hate Persona 5’s narrative, despite my snark. That’s mainly because it was delivered in such a fun, pulpy way that it managed to engross me for hours at a time. Yes, when I took a step away from it, it seemed pretty dumb. But in the moment, it was hard not to get lost in each plot twist or character development. Even the most overdone stories can be entertaining if delivered in the right way, and this game is very much proof of that. If only for a few fleeting moments, the story managed to sufficiently invest me in these edgy teens in their fight to save the world that I remembered what it was like being young and wanting to stick it to the man.

But while the story takes even more precedent over gameplay than previous games, Persona 5 is still very much a role-playing game at heart. Players do enough story bits to hit up a dungeon, gain levels through turn-based battles, and face down a big bad at the end. Yet, while that basic framework is still here, it’s done in a way that is almost guaranteed to divide more hardcore MegaTen fans. While Persona 3 and 4 adhered to an incarnation of Shin Megami Tensei’s “grind away until your numbers are high enough” formula in procedurally generated dungeons, Persona 5’s main dungeons go an entirely different route. For lack of a better comparison, they’re what happens to when Uncharted is thrown into a blender with role-playing mechanics. Players are guided down sets of corridors, and encouraged to take cover behind every manner of box and wall they can. Once in cover, they can take down enemies from behind using stealth and get a drop on them in battle via a simple contextual action. Along the way, they’ll solve pretty basic puzzles and engage in some contextual platforming.

On the one hand, it’s hard to knock how cool these dungeons look. Traipsing through castles, pyramids and space stations is something one doesn’t get to do in every JRPG, but they all tie into Persona 5’s larger problem – style over substance. These dungeons are, by the series’ standards, simple in their layout and easy to blaze through. Playing on a harder difficulty level doesn’t change the fact that this is a game designed for players to win and feel good about while playing it. Where legacy titles seemed gleeful in their attempts at destroying players’ will to continue as they stumble through dungeons, Persona 5 holds your hand every step of the way – no grinding necessary. It feels explicitly made for casual players who loved Persona 4 but thought it was a tad too hard. Now, the opposite problem is present – longtime fans will likely find the main game a tad easy, and pretty linear a la FinalFantasy XIII’s infamous corridors. Thankfully, the presence of Mementos, an optional series of dungeons that are essentially a subterranean riff on Persona 3’s Tartarus, helps give older fans something more significant to sink their teeth into.

Despite my misgivings about the overarching narrative, the simplified gameplay, the handhold-y nature of it all, it’s hard to deny one simple fact – I really do like Persona 5. Its combat is sublime, its visual stylings unlike anything on the market, its soundtrack one of Shoji Meguro’s finest works. My myriad nitpicks of the game sort of fall to the wayside when I’m playing it, because it is ultimately a very fun game filled with characters that are a real joy to spend time with. Even Atlus at their most watered-down provide an experience better than 90 per cent of RPGs on the market – a testament to their careful workmanship. Playing a turn-based battle feels like a tense struggle instead of just clicking around menus. Clicking through dialogue feels like talking with a person as opposed to just making the plot go. Navigating dungeons, even the most linear ones, still feels like something much more than just walking in a straight line. Persona 5 is a game that clearly has been diluted for mass appeal, but on the same token, that focus on casual players really makes it easy to just start playing and never stop. It helps that talking to demons to recruit them, a personal favourite series feature, has finally returned, and is just as clever as ever.

Is Persona 5 the best Persona game? Not really. The best MegaTen? Far from it. But it is, irrevocably, a cut above its contemporaries in terms of playability, breadth of content, and presentation. In a near-decade of endless Persona 4 knock-offs, it seems appropriate that Atlus should come back and show all of its imitators how it’s really done. While old-school fans like myself will likely be more appealed to the upcoming Strange Journey remake or Switch title, Persona 5 is a fun, fizzy experience that I suspect a younger audience will love to bits.

Oh, and Caroline and Justine are the best, and should be protected at all costs.

It’s an easier experience with a story that’s markedly simpler than past entries, but Persona 5 is still operating on a whole different level than its peers. A simplistic yet ultimately winning JRPG with loads of content.
REVIEW SCORE
8.5
File Under: Atlus, Persona