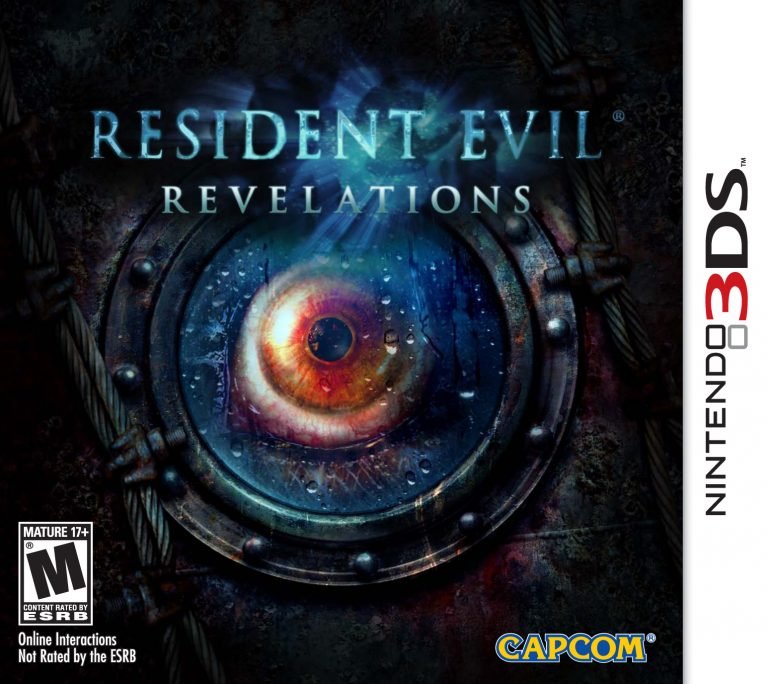 In the summer, Capcom released Resident Evil: Mercenaries 3D during the 3DS’ sadly soft launch. It was a nice showcase for the new hardware, but always felt more like a beta testing ground than an actual game. Resident Evil Revelations is the eye-popping follow through on that soft-toss practice round. The game is so huge that it actually features a bonus mode that plays like a bigger, better, and bad ass version of Mercenaries 3D, while the single player campaign mode represents the best Resident Evil title to come along in years. Nintendo’s impressive holiday releases may have proven their new handheld baby was a system to watch, but Resident Evil Revelations proves that the little sucker can provide a console-worthy gaming experience.

On a technical level, this thing is better than any of the zombie shoot em’ ups to come out during the Wii’s lifespan. As a new entry in a beloved franchise, the game plays like Resident Evil’s greatest hits, providing everything fans love from sweaty-palmed survival horror to action-focused machine gun mayhem (and of course, comically cheesy storytelling. Wouldn’t be Resident Evil without it, right?). Sure, it’s not as groundbreaking as masterpieces like Resident Evil 4 or even the original PS1 titles, but if you enjoy the series, it’s a must own. Developers take notice, this is what the little 3DS can do.

The first thing you’ll notice when you boot up Revelations is just how pretty it is. Brooding dynamic lighting is in full effect, character models are pleasing, and the monster-filled cruise ship where most of the action takes place is quite massive and impressively laid out (and the soundtrack is full of all the evocative creeks and screeches necessary to give you the willies). The 3DS might not match the pixel count of the Vita, but considering the size of the screen, I can’t imagine that improved detail would make much of a difference. The game breezes along at a smooth frame rate with minimal loading times. It takes a few seconds to load up a saved game and the loading screen is masked by an amusing “Previously On Resident Evil Revelations” montage that sums up your story progress through a highlight reel of cut scenes. When you transition from one major portion of the ship to another there’s a brief load time that the developers cleverly conceal through staging those moments on elevators. If you move around too much on the elevator there will be some irritating lag, but overall it never really disrupts gameplay.

The controls are quite simple. The touch screen operates as an in-game menu, which makes switching between items and weapons in the middle of a fight quick and easy. Aiming is done through the classic RE “stop-to-shoot.” Some loath this, but I’ve always enjoyed it in the survival horror genre. It makes every shot count and feels incredibly tense as some giant throbbing nightmare lumbers towards you while you struggle to reload or line up a kill shot. I never found the controlled third person camera angle to be a problem while playing, but the circle pad pro can be used with this game if you need that extra camera control (we’ll get into the details on the effectiveness of circle pad pro in a separate hardware review as it’s the only compatible game for the new add on currently available in North America).

Fans of the franchise will be pleased to hear that this sucker goes back to the survival horror roots…for the most part. The bulk of the game is spent with a few agents (lead by Jill Valentine) trapped on a mysterious ship filled with mutant monsters. You start out with a handgun and limited ammo, finding more weapons and items as you go along, but never quite enough. It feels like an old school Resident Evil experience where every shot counts and every new corridor could introduce an enemy with a bowel-loosening jump scare. The backstory for the game is explained through side missions with different characters that allow for the more action-heavy gameplay that’s been a franchise staple since part 4. Eventually the stories come together along with the competing gameplay styles and it feels like a nice balance of everything that’s come before in RE. There are never hoards of monsters (RE: Mercenaries 3D proved the 3DS can only handle so many characters onscreen at once, so they’re doled out in more controlled numbers here), but the game never feels small. In fact, it’s a handheld epic with massive and impressive set pieces like a chapter in which the ship starts sinking and you have to swim through cavernous levels filled with monsters virtually defenseless.

If there’s a major problem with the game, it comes down to the story. It’s a bit of a mess with too many characters, too much convoluted backstory and a constant barrage of laughably cheesy dialogue (Ex: “I hate snow.” “Well, snow hates you.” or “Me and my sweet ass are on the way”). The cut scenes are beautifully animated and look stunning in 3D (in fact the whole game does. the 3D really adds another dimension to the impressive dark visuals without every feeling gimmicky…please excuse the terrible pun), but it’s hard to ever care about the idiotic narrative involving terrorists, conspiracies, and unnecessary task force crushes. The story is so silly and hard to follow that it does bring the game down slightly from potential masterpiece status, but that’s not too much of a problem. After all, from the beginning all Resident Evil games boasted dumb narratives, cardboard characters, and laughable dialogue. It’s part of the franchise’s charm at this point and at least adds a few unintentional chuckles to the experience. It’s also a bit of a bummer that the series has ditched zombies in favor of bizarre Lovecraft-inspired mutants. But as long as I get to shoot something ugly that jumps out at me in the dark in a RE game, I’m a happy man.

All told, you’ll sink about ten hours or so into the main campaign, which is damn impressive for a handheld title. Then if that’s not enough, you’ll gradually unlock Raid Mode which allows you to replay certain levels and puzzles with tougher enemies, more ammo, and a score counter. This can be done solo or co-op either locally or online. Raid Mode is so deep and features so many unlockables that it’s practically an improved sequel to RE: Mercenaries 3D that Capcom just tossed in as a bonus. Without exaggeration, Resident Evil Revelations is not just the best third party title to launch on Nintendo’s shiney new handheld so far, but also the first game to truly crack the full potential of the 3DS. This is honestly the best Resident Evil game since RE 4 and I say that without making any concessions for this being a handheld game. It’s a full and robust Resident Evil experience that easily tops the Wii’s RE arcade shooters and RE 5. Even as a fan of the 3DS, I wasn’t sure the system could handle a game of this scale, but I’m thrilled to have been proven wrong. Hopefully the 3DS isn’t relegated exclusively to casual gaming like the Wii or DS, because RE: Revelations was such a satisfying hardcore gaming experience that I desperately want more and a Metal Gear Solid remake just ain’t going to be enough to scratch that itch. If you have access to a 3DS, you have to pick up this game or your system is going to waste. It’s really that simple.

Without exaggeration, Resident Evil Revelations is not just the best third party title to launch on Nintendo’s shiney new handheld so far, but also the first game to truly crack the full potential of the 3DS.
REVIEW SCORE
9
File Under: Capcom, Nintendo 3DS