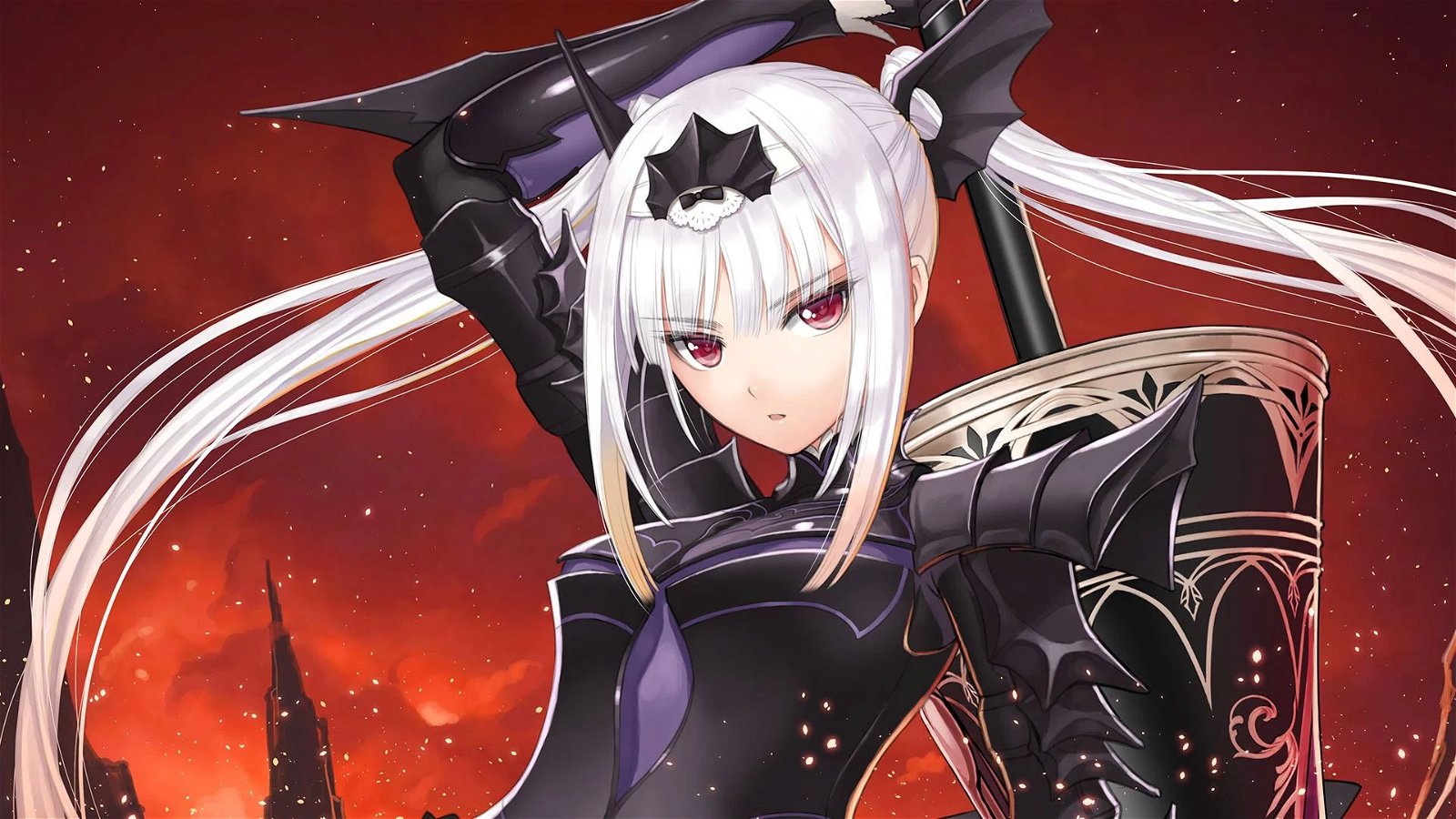 The Shining series is a far cry from what it once was during the Sega Genesis era of gaming. Over years of transforming from a turn-based strategy series into much more anime-inspired action RPGs, the Shining games have become a mostly Japanese exclusive franchise. Shining Resonance Refrain is the first main series Shining title the West has gotten since 2007.

Unfortunately, Shining Resonance Refrain doesn’t quite hit the mark as the triumphant return many fans will be hoping for.

The story of Shining Resonance Refrain is told through the game’s protagonist, Yuma Ilburn. Thanks to his ability to transform into the fabled Shining Dragon, Yuma is swept up in the middle of a war between the kingdom of Astoria and the Imperial Empire. Shining Resonance’s plot moves along at a near snail’s pace, making it seem like even more of a cliché tale than it is. Aside from the mostly bland harem leader that is Yuma, the rest of the cast manages to keep things slightly more engaging. It also helps that nearly all the dialogue is voiced and features decent English voice acting along with the original Japanese dub.

New to Shining Resonance Refrain is the secondary story, Refrain mode. Acting as a “what if” scenario, Refrain mode has two of Shining Resonance Refrain’s antagonists join the party as playable characters. It doesn’t add a whole lot, but it does add something more for players familiar with the story already. Due to the way characters address certain plot points though, Refrain mode is best saved for a second playthrough unless you aren’t worried about certain story elements being spoiled early.

Although the graphics of Shining Resonance Refrain are clearly upgraded for modern consoles, it isn’t hard to tell that this is a game from a previous generation. Character models look great, matching their portrait art, but often feel stiff. This is especially noticeable during any type of cutscene where movements are generally limited, an issue which could’ve easily been avoided by sticking with the game’s gorgeous but rarely used character art. Environments don’t look all that much better, looking flat or lifeless. The game’s central hub city looks nicer than other areas but deals with technical issues such as pop in.

It’s hard not to compare Shining Resonance Refrain’s combat to Bandai Namco’s Tales series. Controlling one character, players battle in real-time as they string standard attacks with special skills to create combo chains. This may sound typical, but Shining Resonance Refrain does attempt to shake things up with a number of ideas, even if they don’t work all that well. Outside of standard attacks, characters can perform unique moves known as break attacks. When landed in succession, these attacks can leave enemies in a broken state, allowing them to take major damage for a while.  Outside of that, break attacks work differently for each character. Some knock enemies down while others can hit multiple targets at once.

Yuma’s ability to transform into a dragon can also be performed during battle as an exclusive skill. It’s a useful technique to have, as Yuma’s attack output, speed and range nearly double. As such an easily accessible form, however, turning into a dragon nearly eliminates any sense of urgency in battle. Shining Resonance Refrain tries tackling this problem by making Yuma go berserk in battle if he remains a dragon for too long, but this punishment is far from severe and can be easily avoided.

The Bond Diagram is another interesting mechanic which attempts something new to spice up battles. As players progress through the game, they’ll acquire traits for each character. These traits act as titles, affecting how characters relate to each other, granting them different bonuses when they’re in battle together. It isn’t always obvious what each bonus does, but it does encourage players to mess around with their party composition and which traits they have assigned to see what they do.

The biggest problem with Shining Resonance Refrain is that despite the creativity behind each of its many mechanics, none of them feel necessary to use. Regardless of the difficulty option, enemies are total sponges and because of how unsmooth transitioning between attacks feels, sticking to the standard attack chain feels like the most viable option in most battles. Yuma’s exclusive transformation also manages to take away any real desire to try out other characters. In fact, it sometimes feels as though the game would prefer if you didn’t play as anyone else. In one battle, I had to let myself die to restart because Yuma died early on. Although I could out-maneuver the enemy’s attacks, only Yuma’s dragon form could do the damage I needed to even make a proper dent in the enemy’s life bar.

Unfortunately, Shining Resonance Refrain’s dull battles take up most of its gameplay. Side quests can be taken on and repeated for extra rewards, many of them boil down to slaying a certain number of monsters or searching for items. With only one major city, to visit and return to, Shining Resonance Refrain can quickly start to feel repetitive and small for a modern JRPG. Outside of fighting, there’s also the option of going on dates with any of the game’s female characters. None of these romances mean much beyond getting to spend time with your favourite ladies but it was an enjoyable feature which highlights the game’s pleasant cast members.

While I was happy to learn that the Shining series would be debuting on Western shores again after so many years, Shining Resonance Refrain was not the game I was hoping it would be. For every interesting idea it brings, the game bogs itself down with numerous other issues. As much I’d like to recommend Shining Resonance Refrain, there are just too many JRPGs out there that offer the same concepts at a higher quality.

Shining Resonance Refrain manages to bury its many interesting ideas under repetitive gameplay and a dragged-on story. 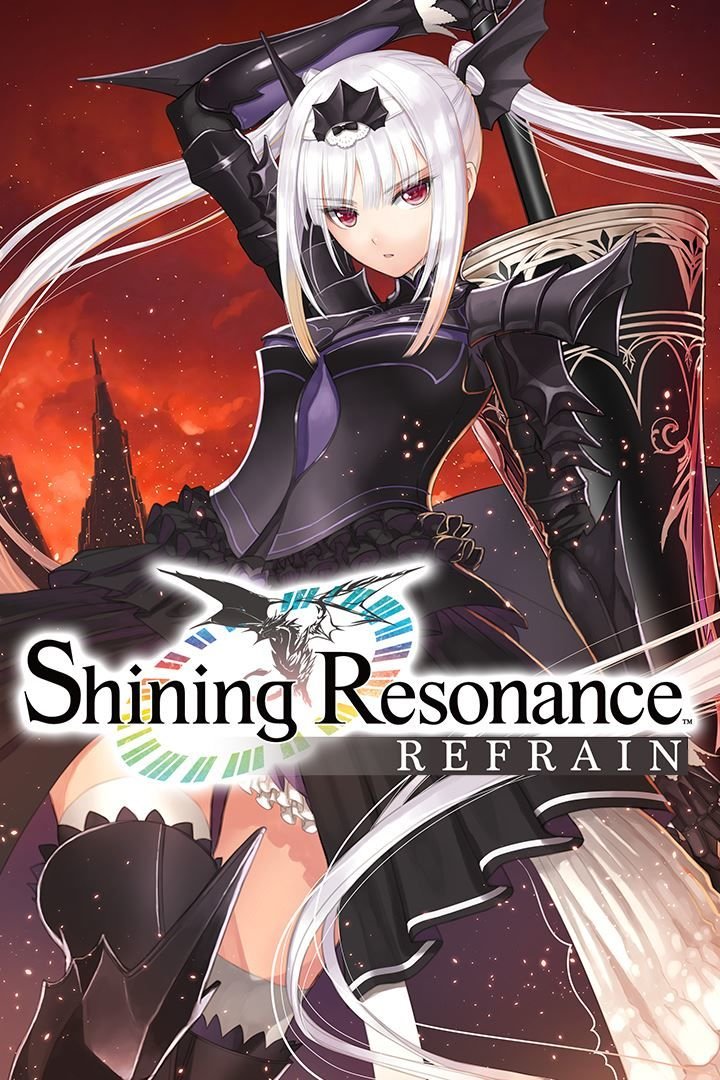