Patience is the ultimate weapon 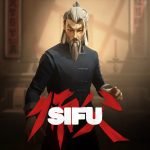 Sloclap manages to add a win to every failure. Its developers carefully balance a challenge which crushes players at first, but becomes easier with practice. All without a single tweak to the game’s design. Across its almost 14-hour (or longer) adventure, players are guided through a discipline of their own making.

But what does the game’s title mean for the experience? In traditional Chinese, Sifu (see-foo) means master. A teacher garnering respect through years of any discipline. More importantly, someone who accumulates knowledge with repetition. In the roguelike genre, Sloclap brilliantly incorporates this as a design philosophy into martial arts gameplay. While Sifu somehow does more to satisfy than frustrate players at the end.

The game’s mysterious hero goes through the same journey as the players. Sifu’s story is somewhat vague, but falls into a conventional martial arts revenge plot. As players eventually wipe the floor with Sifu’s bosses, a neat story nugget reveals more. Sloclap flexes its indie muscles by leaving much story to interpretation, but Sifu knows its identity and trades story substance for straight-to-the-point fighting.

There’s plenty to appreciate as Sloclap uses an almost hand-drawn art style. The world is painted with lots of underground hideaways. Elegant Chinese frames decorate every window and entrance. Incense candles, shrines honouring loved ones and the value of red in Chinese culture is accentuated in living spaces. But there’s enough nightlife to illuminate Sifu’s neo-noir grit. As criminals celebrate, players are disturbing their peace with carnage. Sifu is gorgeous to look at, while its effects-driven design opens the door for visual cues and instant twists to environments. Sloclap’s second video game entry clearly shows polish from the experience of its ragtag developers.

Sifu is gorgeous to look at, while its effects-driven design opens the door for visual cues and instant twists to environments.

Sifu’s gameplay takes a few notes from modern brawlers, but puts its attention to detail in the choreography, which makes attacking a treat. Specifically, Sifu sports a flair I haven’t seen since 2004’s Jet Li: Rise to Honor. Players might grow to appreciate a mix of Bak Mei, Gong Fu, Wing Chun and Wushu incorporated in every move. The protagonist moves fluidly, switching styles in a split second. Sloclap deserves credit for adding a special level of care for Sifu’s combat. Clean, intelligent and precise as martial arts should be. Eagle-eyed players should be on the lookout for homages to films like Crouching Tiger, Oldboy, Enter the Dragon, Ip Man and even Rush Hour. Fans of the genre will find a real itch-scratcher through Sifu’s influences.

First time players will be treated to a brief prologue. The orientation only does so much to throw players into Sifu’s legion of trained killers. Here, players need to learn basic light and heavy attacks. Anyone can throw a punch or kick in Sifu, but invested players will appreciate mixing directions with button combos. Each limb swiftly has a combo of its own. While Sifu encourages players to go beyond the basic moves and watch for openings, players will be overcoming their own learning curves. Especially when Sifu’s unforgiving enemies can be challenging in numbers. In Sloclap’s own design, the world is a dojo, and I didn’t hesitate to replay the prologue and opening credits for pointers.

“While Sifu encourages players to go beyond the basic moves and watch for openings, players will be overcoming their own learning curves.”

The game brings in its own countering system, which starts to become a bit overcomplicated for a brawler. Players have one button to counter. Holding it absorbs hits with stamina. But for some reason, countering relies on snapping directions to dodge specific hits. It’s a mechanic that works on individual enemies and bosses, but feels underbaked against groups. Sifu deserves credit for sending multiple fists after the player, but it’s intricate counter and dodge system can add a steep learning curve on the job.

On a successful counter, Sifu shines with every finisher. Players get a bit of breathing space as enemies back away in fear. Finishers are also the only way to regain health and survive. Like Doom Eternal’s glory kills, players are encouraged to wait for a chance to finish enemies and leech health. It’s a fair tradeoff as players are always teetering away from death. According to Sloclap, Sifu players stand a better chance by studying enemies, then isolating each one and letting them get close.

Enemies never change spots or behaviours. Fans of the genre will be satisfied with Sifu’s fixed difficulty. This includes standard enemy types, goons with melee weapons and bottle throwers. Other complex enemies, including martial artists, require exact timing to defeat. It’s a bigger nightmare when players manage to defeat a Muay Thai fighter, only to be greeted by three of them in the next room. Small distractions can also let heavier brutes body slam you.

As tricky as combat seems, players will be able to master it. Sifu’s endless pacing makes learning a constant. While players can still expect the same enemies in the same place, Sifu offers a wonderful array of moves to master. These include sweep kicks, palm strikes and a wing chun flurry. In the hands of an experienced player, Sifu plays out like a true martial arts homage.

“According to Sloclap, Sifu players stand a better chance by studying enemies, then isolating each one and letting them get close.”

Players are guaranteed to die in Sifu. The game deepens the plot with every attempt. In true roguelike fashion, enemies won’t take it easy on you. Here lies Sifu’s saving grace: five threaded Chinese coins. Each one lets a player come back to life on the spot, but this comes at the cost of age. Sifu cleverly uses aging to give players a fighting chance. To clear some confusion, every death adds to the age counter. Dying twice means the next respawn adds two years. Early players are bound to “age out” past 75. One more death after leads to a game over.

Bear with me. Sifu adds a survival element to its combat. Players can go down in a few hits if they’re not precise with their counters or dodges. In the worst case, players can start to age up to five or eight years at a time. This increases the chances of aging out before finishing a level. Or even worse: beating a level at an old age, then starting a new level with only one life left. The most daring players in Sifu can try to continue on one life, while players who age will have less health and more damage. It’s a worthy tradeoff as your chances of survival dwindle.

In other words: there isn’t an easy way to de-age in Sifu. But players are allowed to replay levels and start the next level younger. Dying less means having more lives for the next level. I beat the first level at age 72, but I continued replaying until I could learn it at age 30. Players willing to be patient with Sifu’s difficulty will thrive. Everyone who beats the game will have also done so in one lifespan. Sifu comes full circle by turning players into a reactive weapon. In the process, Sloclap cracks the formula for replayability with self-accomplishment.

PS5 owners will get a healthy fix of feedback from their DualSense controllers. Sensations including rain trickles down a player’s palms. The haptic feedback plays along well with Sifu’s own kinetics. Pats, quick blows, and strikes move rapidly with scarily precise sensations, as if players are delivering the blows in every lethal finisher. Sifu is a natural fit for the PlayStation 5, which instantly throws players into levels without any dents to performance. Of course, I highly recommend PC players to use a fight pad or controller for the full immersion. While button combos are key to doling out damage.

“Sifu is a natural fit for the PlayStation 5, which instantly throws players into levels without any dents to performance.”

Multiple runs are also the key to beating Sifu’s themed bosses. Each is trained in a particular martial arts style and weapons like a rope dart (shéng biāo). Without spoilers, each boss adds a neat combat twist. Players might hit less and counter more. Others can build focus, which lets players pinpoint a body part for a stun shot. Sifu’s tough bosses add more reasons to replay levels and show up younger.

Brilliantly, Sifu lets players spend XP for skills on death, but special combos and moves are lost when aging out. Acquired skills are a staple in roguelike games. But Sloclap also lets players permanently unlock a skill over time. It’s an added incentive for players willing to retry a run. Longer term upgrades let players wield blades and staffs longer (which are worth using for the swift animations alone).

Sifu breathes new life into the roguelike genre and makes dying a reward in itself. Sloclap crafts a real love letter for martial arts with a proper video game for it. Combat is fully taken advantage of through faithful choreography that makes every encounter a treat. Lethal and swift combos only add to a player’s experience. While Sifu rewards those willing enough to keep improving themselves. In the process, Sloclap has created a game character who matures as much as players do.

Sifu may be the most definitive martial arts game to date, offering unapologetic roguelike combat that rewards patient players with full mastery by the end.
REVIEW SCORE
9
File Under: PS5, Roguelike, sifu