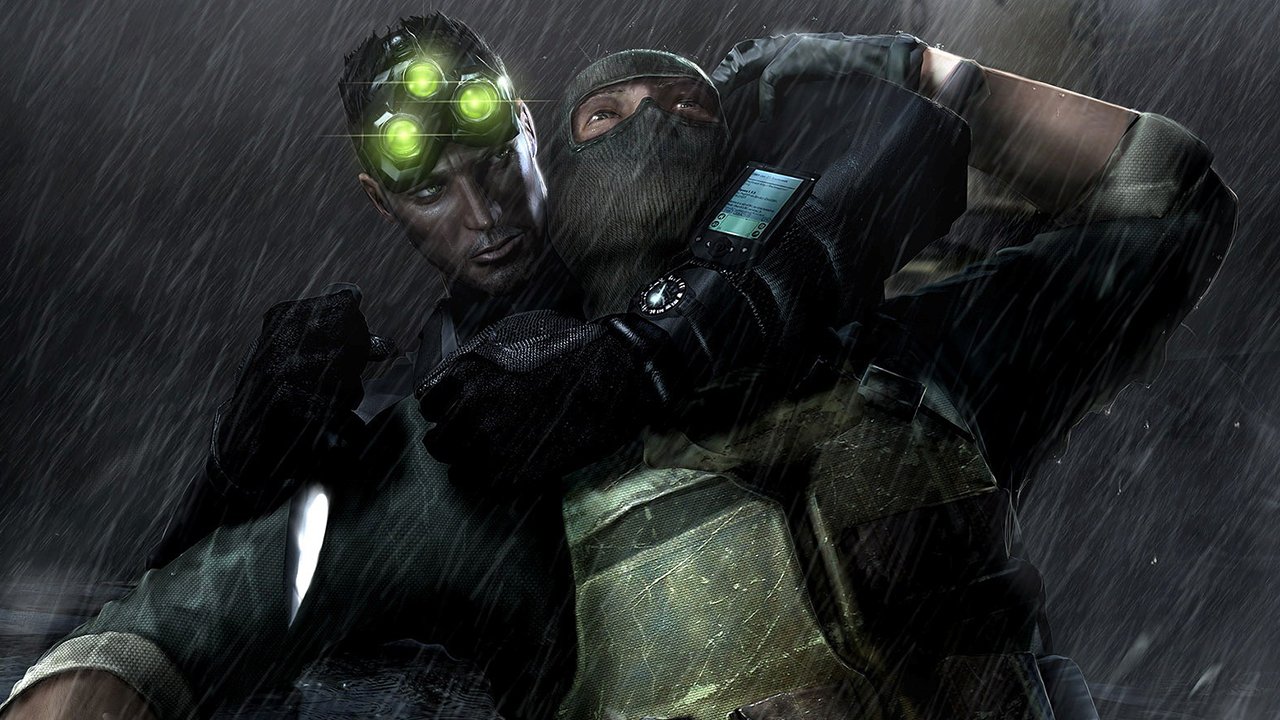 Splinter Cell 3D is a 3DS port of the single player campaign from Splinter Cell: Chaos Theory, and the game benefits from its AAA pedigree. The cartridge offers a full story with cut scenes and gunfights and it’s the sort of title that’s otherwise absent from the lackluster 3DS launch lineup. Sadly, that doesn’t make it a good game. Splinter Cell 3D may be filling a void, but it’s a terrible port with miserable controls and Sam Fisher isn’t enough to make the experience worthwhile.

Having said that, I will start with a disclaimer. There’s absolutely nothing wrong with the game’s core design. Splinter Cell: Chaos Theory was fine when it debuted in 2005, and it’s still standard Splinter Cell fare. As Sam Fisher, you’ll shoot out lights, pick locks, and hide bodies while engaged in political espionage related to a developing situation in Japan. The following criticisms therefore apply only to the 3DS hardware, and are not reflective of the game’s story, characters, art direction, or any other creative elements of design.

The port, unfortunately, is nothing short of awful. Splinter Cell 3D looks and plays like something that was patched together and rushed to shelves before quality assurance ever got a hold of it, and the slapdash approach to development nearly cripples the game.

The biggest problem is the camera, which is mapped to the A/B/X/Y buttons in a way that is unintuitive to the point of being useless. The left/right axis is completely independent of the up/down axis, so the game doesn’t provide the nuanced perspective that’s essential for third-person action. You always have to move the camera in at least two separate phases, and you’ll frequently have to stop and reorient the lens just to walk down an empty hallway.

To make matters worse, much of the game is spent sneaking around in dark corners and corridors and there’s not enough room for both Sam Fisher and the camera. The environment constantly obstructs the action you’ll spend half the game staring at walls and the other half staring at Sam’s posterior. As you’d expect, that’s not particularly helpful during gameplay. You’ll often be defenseless simply because you won’t be able to see the people trying to kill you.

Splinter Cell also fails extravagantly as a showcase for 3D. Much of the game simply isn’t in 3D at all – the between-mission newscasts, for example, have been completely ignored – and it’s almost as if the developers were hoping that people wouldn’t notice. At times, I would toggle the 3D on and off only to discover that the game looks exactly the same regardless of your settings.

When the 3D does decide to kick in, the effect still isn’t overly impressive. Some of the cut scenes look like they were rendered with PSOne technology, and many of the stages look abnormal with the extra dimension. It’s more painful than beneficial, and you’ll likely abandon the 3D graphics within half an hour.

If you can get past the poor visuals and sloppy camera, Splinter Cell 3D is generally subpar but it is at least baseline functional. Movement is controlled with the thumb pad while the shoulder buttons are used for firing, and it’s accurate enough to be reliable.

Unfortunately, the 3DS doesn’t have enough flexibility for the full Splinter Cell control scheme. Since the face buttons are pre-occupied with the camera, the game has to rely on the touch screen for most of the actual action controls and it doesn’t flow naturally into gameplay. The screen displays three different weapons – a sidearm, a rifle, and a grenade – as well as night goggles, a map, a text screen, a whistle, and several other options, and the screen gets so cluttered that it starts to become unwieldy.

The small icons demand the pinpoint accuracy of the DS stylus, but you need one hand to move your character and another to monitor the temperamental camera so there aren’t any leftover fingers for the pointer. You’re forced to awkwardly use your thumbs to select weapons and open doors, and the screen often won’t acknowledge your greasy fingerprints.

Splinter Cell exacerbates the issue with multi-layered contextual menus. During gameplay, you have to scroll through several options in order to do anything and the most useful abilities – specifically, all of the stealth ones – are usually at the bottom of the list. The extra seconds start to pile up when you have to cycle through four actions every time you reach a locked door, and the mechanics are so finicky and convoluted that it’s impossible to do anything with any kind of meaningful speed and precision.

The only saving grace is the stealth nature of the franchise. You’re seldom forced to enter open gunfights, so you usually have plenty of time to line up the perfect shot as long as you stick to the shadows. However, if you do get spotted, switching to an assault rifle is a nightmare and the camera doesn’t facilitate split-second reactions, so Splinter Cell 3D is far less dynamic than its parent.

Yet in spite of everything, I wouldn’t fault anyone for purchasing Splinter Cell 3D. It’s strictly inferior to the console version of the game, but it’s one of the few AAA-style titles available for the 3DS and if you’re looking for a more conventional video game, there aren’t many other options. It’s still Splinter Cell, and while there’s no multiplayer, it’s otherwise exactly what you’d expect.

So with that in mind, take this review for the consumer advice it is. Everything imported from Splinter Cell: Chaos Theory is fine, but all of the elements introduced for the 3DS are a mess and Splinter Cell 3D is only noteworthy in comparison to the rest of the platform’s lineup. There are definitely better options, but Splinter Cell 3D is worth a look if you really, truly, can’t stomach the thought of a handheld game without bullets.

Everything imported from Splinter Cell: Chaos Theory is fine, but all of the elements introduced for the 3DS are a mess and Splinter Cell 3D is only noteworthy in comparison to the rest of the platform’s lineup. 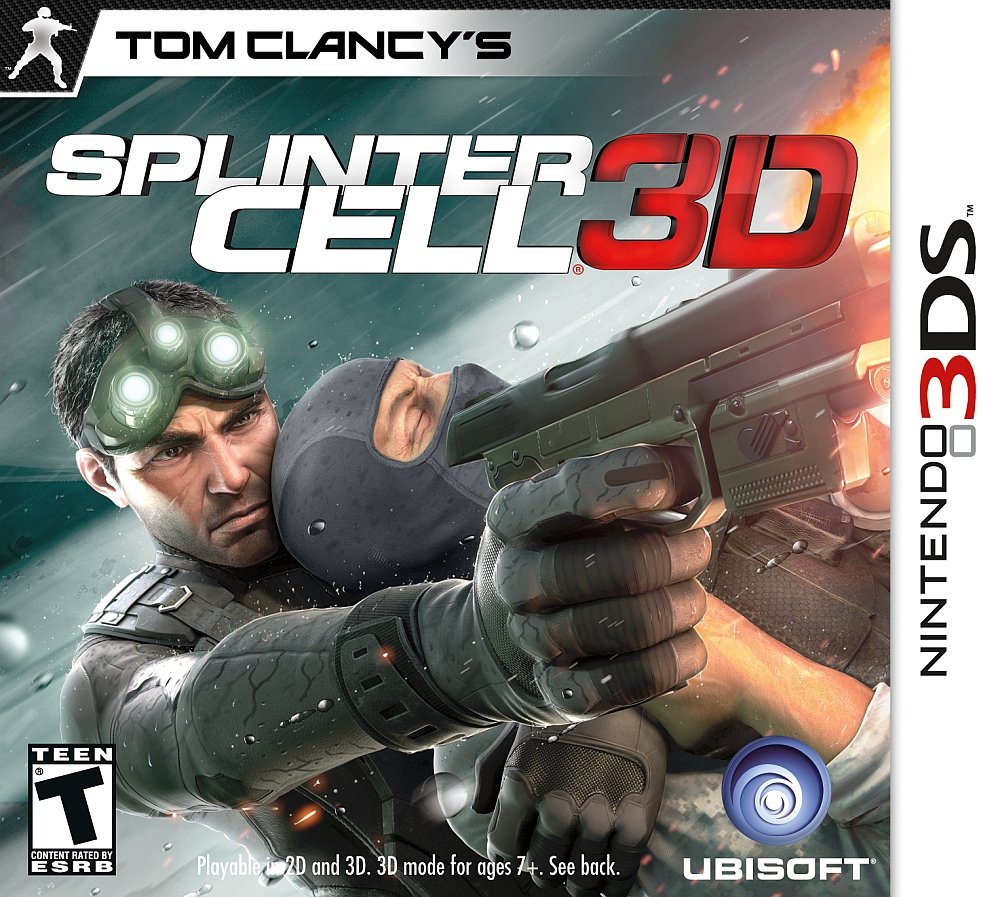