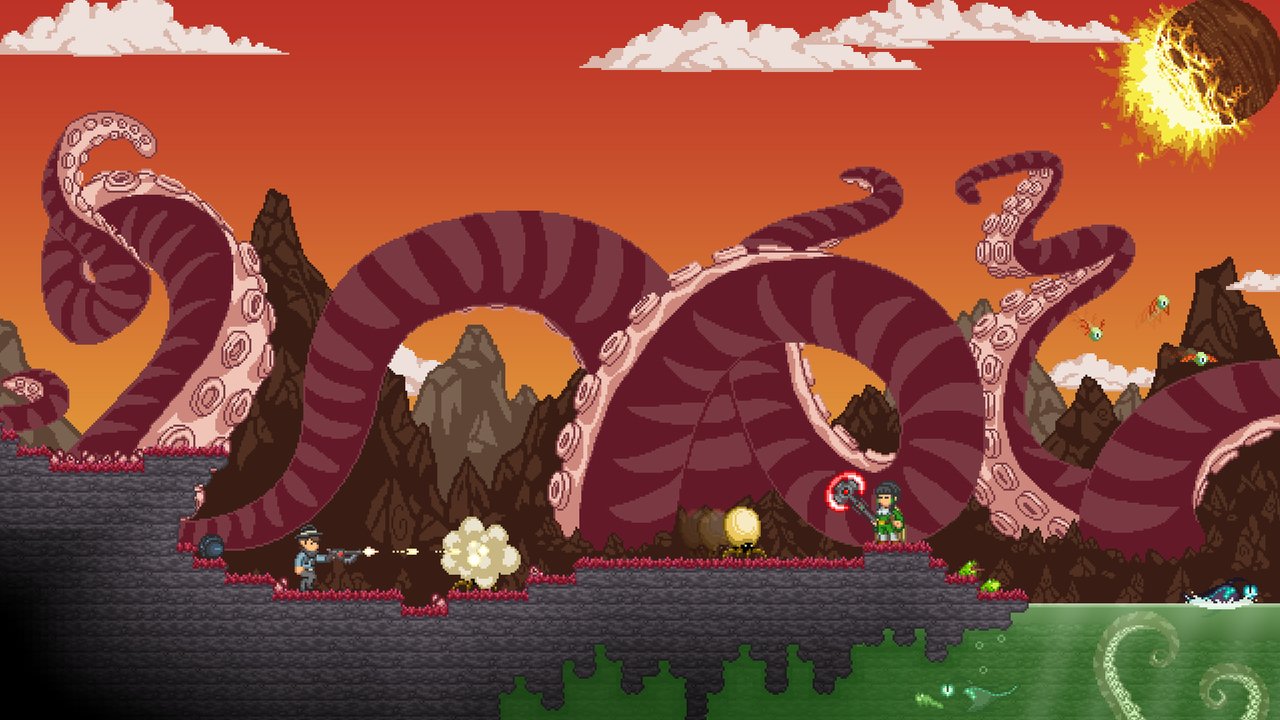 Starbound is a curious little item, to be certain. The first thing that most people will no doubt notice is its inclusion in the “Terraria, but…” genre. That is to say that, it’s like Terraria, but… This is perhaps no small coincidence given Tiy, one of the chaps from Chucklefish, creators of Starbound, was also Tiy, one of the chaps from Re-Logic, creators of Terraria. For me, at least, that was all the connection I needed to be interested (and indeed fund their crowdsourcing campaign) when Starbound first came to my attention—enough for me to fork out three times the asking price to have my handle work its way into the seed list for random NPC names, in fact. I’ll confess to having played an awful lot of Starbound during its development, and to having made the decision to abstain from its review as a result of not wanting to be swayed by those experiences, as it’s easy to have such things happen. But a funny thing happened when it came time to play the 1.0 version of the game; it felt almost nothing of many of the earlier builds I had experienced, and it was much better for it.

In its feature-complete state, Starbound feels like a much tighter experience than it had in the past, and rather uniquely for the “Terraria, but…” genre, it actually has its own story that takes players across parts of its randomly generated galaxy and introduces them to the various playable races along the way. Two things become very clear as this quest line unfolds. The first is that the galaxy is massive; filled with a ludicrous number of star systems of varying types, each populated with a selection of randomly generated planets, asteroid belts, and anomalies. The second is that the static areas in the game, the handcrafted bits like dungeons and the hub of the game (I’ll refrain from spoiling it) are breathtakingly beautiful and truly wondrous. They serve as a brilliant glimpse into what is capable with the overwhelming array of materials and items in the game, each with their own styles based on the race they’re associated with. Just the same, they serve as a constant reminder at how crap I am at making things look pretty, but that’s beside the point. Exploring them is no small feat, either. The small faction towns can be seen in a matter of minutes, but the larger dungeons can take upwards of an hour or more to fully explore, and each one speaks thematically to the lore and design behind their creators.

These sorts of moments, more than any of the mining and crafting, more than any of the construction or progression, are what really stick in my memory. The story is adequate enough, and there remains some balancing to be done with the challenge of growing crops vs. simply buying food, but the game’s ability to surprise and charm are what truly make the experience. The little minigame for uncovering fossils, the insanely adorable pseudo-Poké Ball system for capturing critters, the near limitless palette of items and blocks with which to create; they’re all the true joy in Starbound. I can easily forget about the combat in the game, challenging though it may be (except for the penguins… they’re awesome), but the attention to detail, in-game literature on the various races, their associated quests, their personalities, all come together into one truly enjoyable experiences. 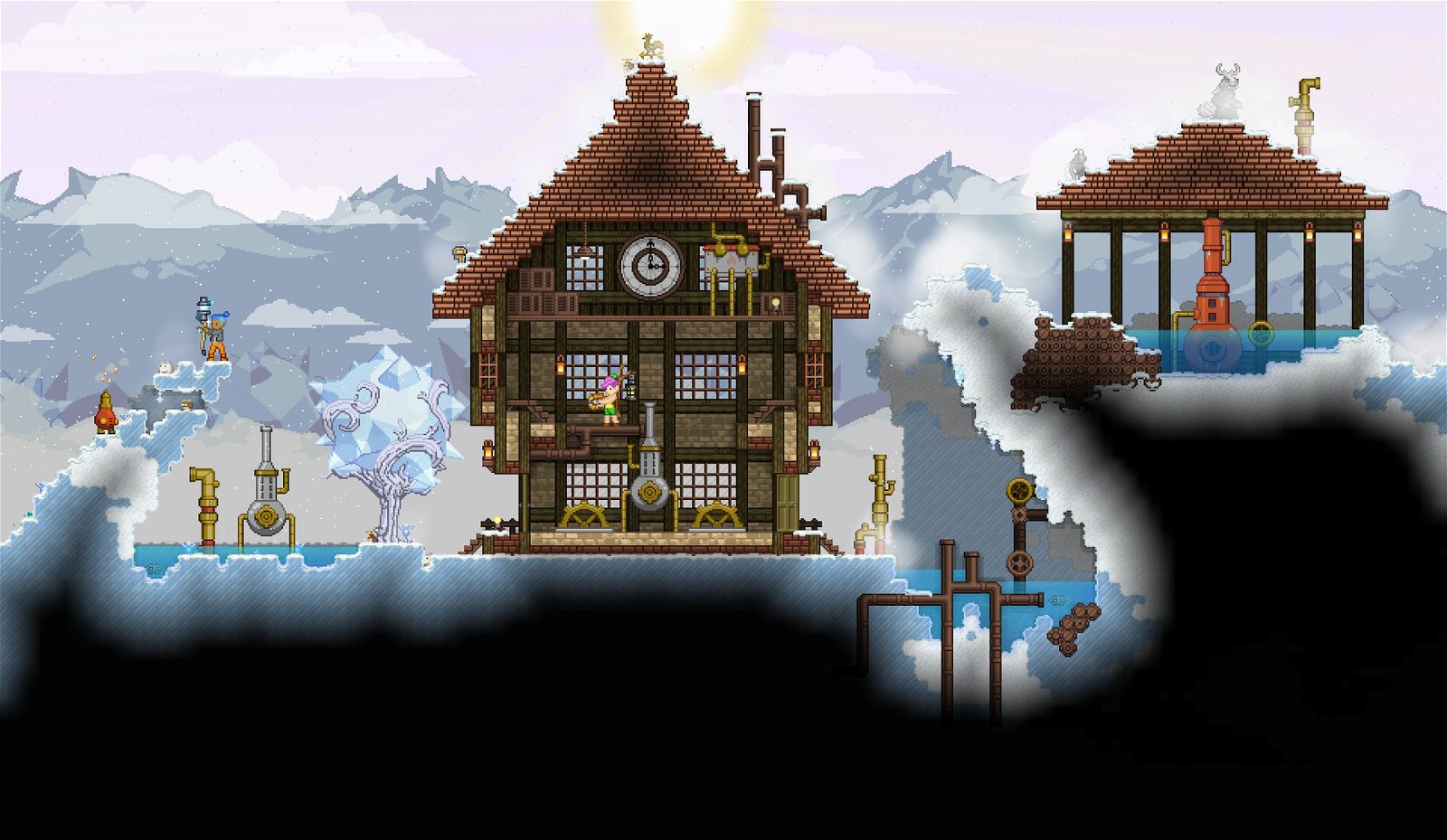 It’s not without its flaws, to be sure. Progression can be slow at times, while still feeling too brief in the grand scope of the game, and the combat can be a bit of a yes/no gear check, but critically, none of this mars the experience, nor can it ever upset the beauty of the game’s randomly generated worlds, the vibrant colour palettes, the stunning parallax, and the overall “feel” of the game. For the $45 I forked out for the game in the way back of the long-long-ago, I’m pleasantly surprised at how Starbound turned out. For the $15 ($16.99CDN) asking price, it’s a no-brainer.