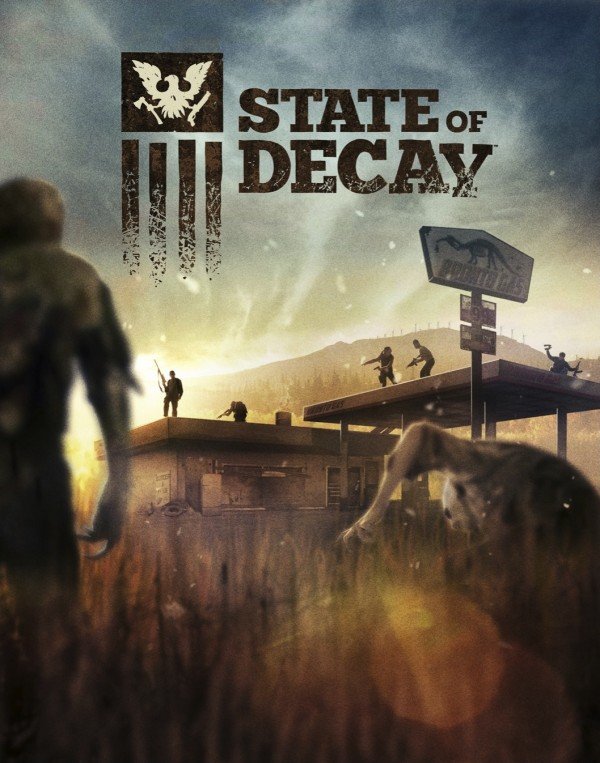 After multiple entries to series like Resident Evil, Dead Rising, Left 4 Dead, and The Walking Dead, any developer attempting to impress players with another zombie-centric videogame has their work cut out for them. Yet this is exactly what Undead Labs has set out to do with its post-apocalyptic survival simulator, State of Decay. Fortunately, its impressively broad, open-world approach to the fall of civilization earns the game a level of distinction, setting it apart from its peers.

State of Decay plays like a potent distillation of the kind of compulsive side questing featured in Ubisoft Montreal’s Assassin’s Creed and Far Cry series. After picking one of many unlockable survivors, the player can zoom around a map displaying a large number of objectives that must be completed in order to maintain — and, at the best of times, thrive — in a world gone to ruin. There are abandoned houses and buildings to clear of zombies, survivors to recruit, and supplies like fuel, medicine, building materials, and ammunition to collect. The more missions the player completes, the better their ragtag community will be able to deal with the hordes assaulting the gates of their home. Fail to pay proper attention to most pressing needs of the survivors, and bad things start to happen. People get hungry, sick, become scared, or lose faith in the possibility of a better future.

At times the missions can feel like busywork, completing one supply run only to be radioed in that yet another objective needs to be checked off the community’s ever-growing list of needs. The repetitive nature of the game is alleviated, though, by the constant feedback given by State of Decay‘s impressive array of statistics. The limp combat system — equip the player character with a gun, melee weapon, or petrol bomb and use them to dispatch waves of predictable zombies — may not make searching a house for building materials immediately thrilling throughout the entire runtime of the game. What is exciting, though, is watching the respective supply cache number increase after finding these materials and knowing that this means the home base can now be upgraded. Each gameplay system is built upon yet another system in State of Decay. Because of this, the elaborate construction and character levelling mechanics help compensate for the less consistently impressive nature of the moment-to-moment play.

As someone who has grown extremely tired of post-apocalyptic zombie settings, it may be worth noting the unlikely novelty of State of Decay‘s take on well worn genre tropes. Rather than concentrate on any one aspect of a world-ending plague like, say, the interpersonal conflict between haggard survivors or the action inherent to fighting back against overwhelming hordes of monstrous enemies, Undead Labs’ title is a broad sampling of nearly everything audiences have come to expect from zombie media. Within a single game players will fight pitched defensive battles and barricade the windows of houses, scavenge for supplies in buildings, terminate infected friends, and explore a devastated landscape.

It’s surprising that, given the breadth of activities on offer, State of Decay manages to make every one of its objectives feel essential to the overall experience. This is the definitive zombie game — barring a sequel that introduces expanded combat mechanics, better mission variety, and some form of cooperative multiplayer. Other games that share its setting may have better gunplay or more interesting characters, but none have the type of comprehensiveness that Undead Labs’ creation offers.

Whether or not that’s a recommendation depends greatly on how willing someone is to enter into a generic, but incredibly exhaustive zombie simulator. Is State of Decay meaningful? No. Is it fun? Quite often, yes. Is it the most thorough exploration of the undead apocalypse to date? Absolutely.

It's surprising that, given the breadth of activities on offer, State of Decay manages to make every one of its objectives feel essential to the overall experience.
REVIEW SCORE
8
File Under: PC, State of Decay, XBLA