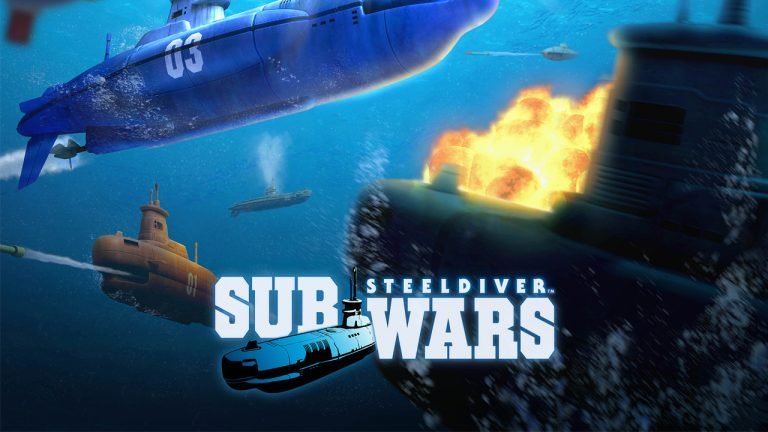 It’s my secret shame that I may be responsible for the Steel Diver franchise of submarine games. During E3 2010, I was introduced to a number of 3DS demos when the handheld was first announced at that year’s Nintendo press conference. After some hands on time with Steel Diver my Nintendo contact asked me, “So what did you think?”

After about 15 minutes of hands on time, what could I really think? I was only starting to form an opinion of the 3DS, so I panicked and as we walked away from the yet unnamed submarine tech demo I said, “I would buy that if you made it into a game.”

Fast forward to today, and we find Nintendo is trying to fix their mistake with Steel Diver Sub Wars, a $10 downloadable title that includes new controls, a new camera perspective, the addition of multiplayer, and a whole fleet of new submarines. In reality, almost everything you associate with the name Steel Diver has been changed, tweaked, or removed complete.

In no particular order, we’ll start with controls that are not only different, but they have moved input devices. With the original Steel Diver all the controls were virtual levers or buttons that had to be manipulated with the stylist. In the Sub Wars sequel you can still control everything with the 3DS stylist if you want, but Nintendo has also mapped every control to the thumb stick and the buttons. The benefit of this is that you can now punch the throttle forward while diving your submarine to a deeper depth as you fire off torpedoes.

This new found ability to multi-task is also handy because the camera and gameplay have also been upgraded. In the original Steel Diver you would side scroll a two dimensional submarine through an underwater obstacle course with a single enemy submarine or depth-charge dropping surface ship tossed in for kicks. With Sub Wars, you’re now navigating around a 3D body of water while looking down the bow of your sub. Since you now have the ability to fend off a great number of enemy combatants, Nintendo has decided to throw them at you in greater number. As a result, I faced more submarines in the first level of Sub Wars than I did in the entire original Steel Diver.

I also really liked the multiplayer part of this game. It ends up being a constant flood of 4 vs 4 submarine battles that happen in small areas like a fish tank or a rock enclosed spring. These small battles in confined areas with actual people feel a lot faster than the gameplay you’ll find in the campaign. My only wish with the multiplayer aspects of Sub Wars is for someone to fix the constant connection errors that would kick me to the multiplayer menu after each round. Although, the fact that the chat in multiplayer is Morse code instead of text does earn Sub Wars a few brownie points.

In the end, the game looks comparable to other 3DS titles in terms of graphics, the control changes make the make it a flat out better game when compared to the sequel, and the multiplayer is a far better addition to replace the time trials mode from the original. Especially, since every level of a Steel Diver game is a race against the clock already.

My biggest complaint is that the campaign feels slow to me, and to be honest I was bored with it rather quickly. Ironically, the best version of Sub Wars is the free version. When you first download Sub Wars you’ll get two of the seven missions and the multiplayer. You can then pay $10 to unlock the rest of the submarines and campaign levels, but I do not suggest doing that. Telling you to download the free version and avoid giving Nintendo $10 may sound like a jerk thing to do, but for some reason they locked all the boring parts behind a paywall. If they gave you the campaign for free and locked multiplayer behind a paywall we would be having a very different conversation.

Ironically, the best version of Sub Wars is the free version. When you first download Sub Wars you’ll get two of the seven missions and the multiplayer.
REVIEW SCORE
7
File Under: Nintendo, Nintendo 3DS