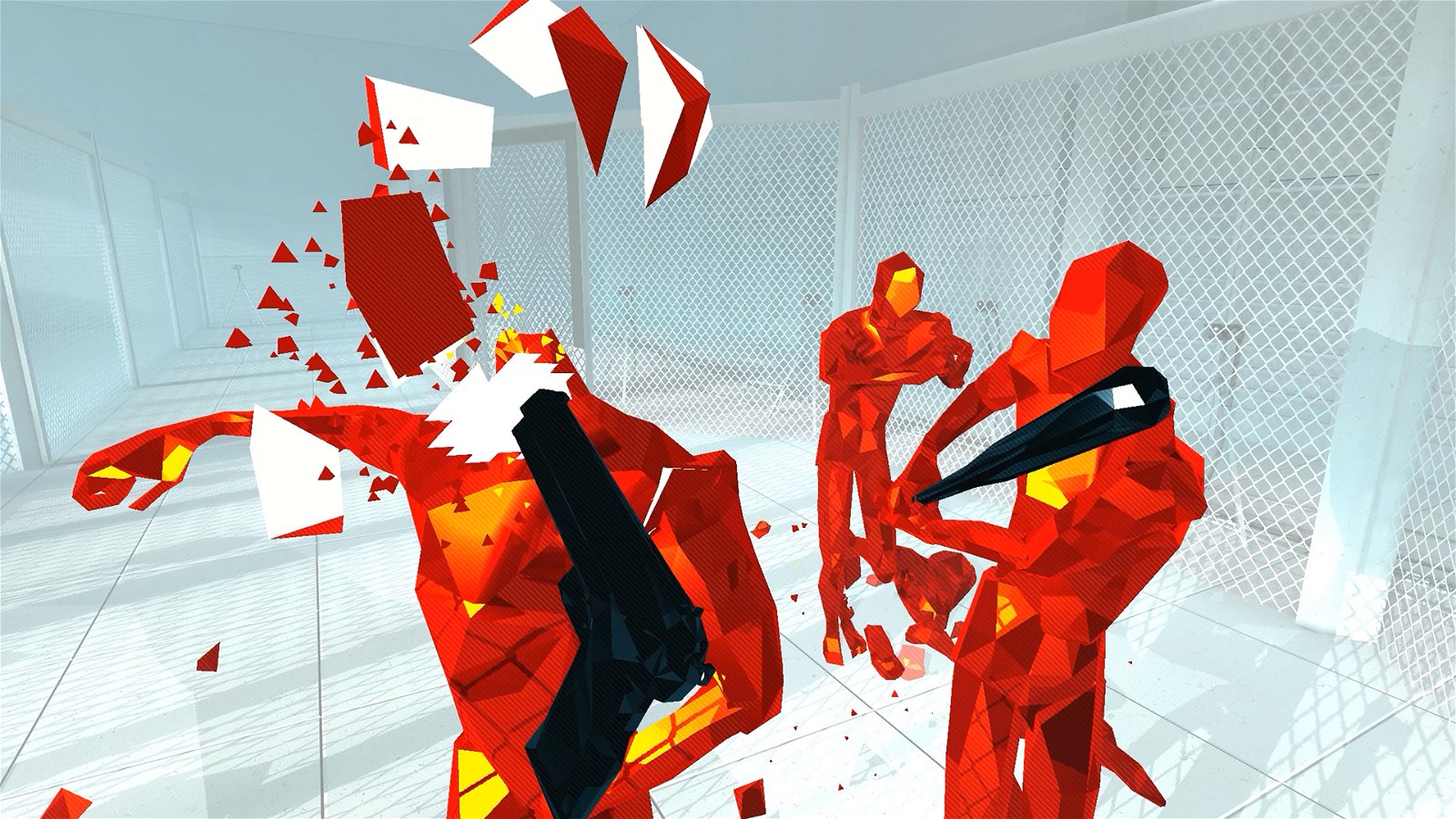 It’s weird having played Superhot on PC before I played the virtual reality version, because the latter truly feels like it’s everything it was meant to be. Although it’s only available exclusively on the Oculus Rift (much to the ire of previous Kickstarter backers), this FPS is unlike anything I’ve played before on the platform, mostly because of the entire premise of “nothing moves unless you do.” What was once a browser game is now a full-on Matrix simulator, and it’s glorious.

Cards on the table, this might be a new build with different scenarios and mechanics, but it’s still very short. You’ll finish it in roughly two hours, tops, and although there’s a level select option at the end, that’s all you get. It’s disappointing on the surface, but since I’ve beaten it three times already since launch, I clearly got over it. If you have access to the $200 Touch controls for the Rift, you will too.

Superhot VR uses a 1:1 translation of your hands to put you into the role of an action hero. Both hands can be used independently, but instead of having some crutch to accommodate for slow reaction times or some sort of super power, you’re relying on the core mechanic of time to help you out.

As I mentioned, time only moves in Superhot when you do. So waving your arms around, walking about in the small space you’re given (think Time Cop or some other rail-shooter), picking up items, or shooting, punching, or slicing, will move time. Enemies can pour in from any angle, and it’s up to you to look around, assess the situation, give it an ocular pat down, and kill them all. Whether this involves shooting them with standard weaponry like pistols, shotguns, or SMGs, or literally balling up your fist and punching them (which led to several scares involving punching a monitor) is up to you — the entire process is really open-ended.

Many times I’d get down on the ground, and almost breakdance to avoid slow moving bullets, while rising up and upper cutting someone in the jaw. Hardly any other game can replicate that unique control scheme and the rush of actually experiencing it.

Not quote a tech demo but not quite a full adventure, Superhot VR is one of the best virtual reality games you can buy right now.

Superhot VR is one of the best virtual reality games you can buy right now.