Almost half a year after its initial release, the Oculus Rift’s status as a piece of high-end consumer technology has been overshadowed by its larger place in popular culture. The nitty-gritty of the Rift itself almost doesn’t matter any more; now you have to consider how it stacks up against its widely available competitors, how you feel about its library of games, and if your computer can even handle VR. You don’t just buy an Oculus Rift; you buy into the idea of Oculus Rift and virtual reality as a whole.

For some, all they need to make a purchasing decision is an assessment of the headset itself, which is fine! Everyone looks at an $850 purchasing decision through different eyes. The headset itself is a striking piece of tech, a singular vision of the future that you can buy from a Facebook-owned website as of this very moment. Installation is ridiculously simple, provided you’ve already hit the recommended specifications on your PC. In the four months that I’ve been using a Rift, I’ve found the headset and its associated software to be very user-friendly, never requiring any undue setup or behind-the-scenes maintenance. Even after a couple weeks of leaving the Rift in the box while I moved across town, I only needed to perform a quick system update and I was good to go. You don’t need to put the headset sensor in the same place every time, or constantly recalibrate.

If any part of the Oculus Rift were a pain to use or navigate, that would be the ballgame for the whole VR experiment. Early adopters will put up with just about anything (something to which I can personally attest), but if virtual reality has any shot with a broad demographic, the act of putting on the headset and messing around has to be as simple as possible. It’s easy to manage your games and apps in the desktop Oculus app or the in-headset Oculus Home. Nothing on the software end should be changed for the next Oculus Rift.

The physical headset itself is another story.

I’ve never been able to get the Rift to fit properly on my head, no matter how much I finagle with the straps. For the most part, I was constantly aware of this giant contraption strapped to my face, and was never fully immersed in anything I played on the headset. The images presented through the Rift are noticeably pixelated, but it’s either that or a headset nobody will be able to afford, so I’m not going to get very upset about that. However, any kind of strong light grabs the space around it like the halo surrounding a street lamp on an incredibly humid night, except all up in your face. When you’re not playing a game or watching a video, the blank space where the bridge of your nose would ostensibly meet the Rift lets in a decent amount of light, but it’s negligible once your eyes have something to focus on.

The Rift isn’t painful to wear, mind you. It’s just that (unless you’re really invested in your game or experience) you’re aware of the headset and its limitations from the moment you put it on your head. Immersion is difficult to achieve when a relatively heavy dual-screen monitor is strapped to your eyes. This will likely be less of a problem for some users (and may be mitigated with regular use), but I’d recommend you find some way to mess around with the headset before you even think about plunking down the cash for one.

Conversely, as someone who’s never been able to watch a 3D movie without suffering from headaches, my eyes adjusted to the Oculus fairly quickly without any noticeable fatigue or discomfort. The problem with the headset is more a weight issue than a tech issue—finding some way to put the majority of the system’s load bearing on the back of the head rather than the front would go a long way.

If you have no issue with the physical aspect of the Rift, you’ll likely be happy with the games on offer. During the course of my testing, I played the free pack-in Lucky’s Tale, space dogfighting game EVE Valkyrie, story-based adventure game The Vanishing of Ethan Carter, and survival horror Edge of Nowhere. 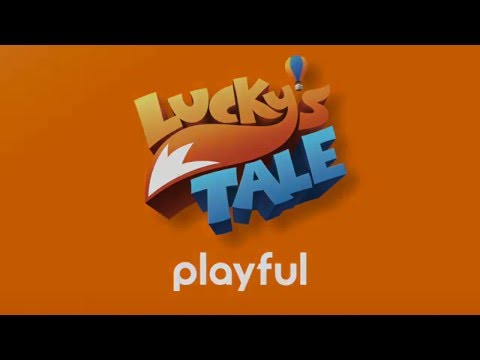 Lucky’s Tale, although relatively slight, is a fairly enjoyable 3D platformer elevated by having to pull double-duty as a tech demo for the Oculus Rift. It is the first demo I bust out when showing off the headset to friends, and it usually impressed them more than anything else they played. Lucky’s Tale is a fine example of applying virtual reality to well-worn game tropes. Much like with Nintendo’s first-party work on the Wii, a strong, colourful art style can overcome lower fidelity graphics. Plus, the ability to physically look around in-game objects to look for collectibles never got old. I’d recommend it, but it’s free, which almost feels like a crime.

Edge of Nowhere is cut from a similar cloth, although it’s less “adorable mascot platformer” and more “The Thing plus Tomb Raider filtered through a Lovecraftian cheesecloth.” It’s a third-person survival horror game that takes advantage of the player’s forced perspective to throw a couple jump scares right at the camera. I hope virtual reality horror eventually moves beyond getting all up in your grill and hollering a whole bunch, but I won’t begrudge the technique while the hardware is still early. I will begrudge a game that keeps doing the same crap over and over, especially when it’s crap we’ve already seen before (hide from the spotlight, throw rocks to distract big ol’ monsters, climb some precarious environments, are you crazy or what), so I’m not going to recommend Rift owners grab Edge of Nowhere, unless it’s on sale. 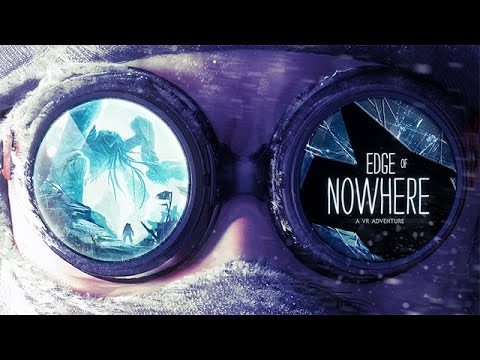 The Vanishing of Ethan Carter made me believe in motion sickness. At first, I thought I would be able to handle the ‘normal’ control mode, where you control movement with the left stick and the camera with the right stick, with the Rift as an optional secondary camera. That foolhardy enterprise lasted me about ten minutes, during which I almost passed out. No exaggeration, playing Ethan Carter was the closest I’ve come to unconsciousness. Thankfully, I had barely made a dent in the game, since you can’t switch control schemes midway through. The now VR-standard “pick a point on the screen and teleport” mechanic removed the motion sickness and made the game feel like an old-school adventure game, but it felt like an inferior way to experience the game.

EVE Valkyrie is the real star of the Oculus Rift’s early lineup. We’re talking a jaw-dropping level of immersion, where I let myself fall completely into a role I’ve always dreamt of playing: a starfighter pilot. Blazing through space and taking my enemies to fool school felt incredible, even as I staved off minor motion sickness from my ship making a hairpin turn. I hope my nausea eventually goes away, because I could see myself playing EVE Valkyrie for a very long time. I want to hear the hum of my dual machineguns in my dreams. It’s so good, and absolutely worth every penny of the $80 asking price.

So, here we are. That is the Oculus Rift, the virtual reality headset, appraised with as little outside influence as possible. Even with the iteration of the development kit, the physical discomfort and the low quality of the image makes me believe this consumer Rift is still a very early attempt. It has some neat games, but nothing on the docket worth $850.

The Oculus Rift becomes a much harder sell when you let in the outside world. Right now, at time of writing, you can purchase an HTC Vive or PlayStation VR, both of which currently offer motion controls. I really liked some of the Rift games I played, but even the most immersive gamepad-controlled game has nothing on the worst motion controlled VR game. In fact, after playing one PS VR tech demo, the Rift feels much weaker by comparison. An Oculus Rift decked out with two forthcoming Oculus Touch controllers & a third sensor for room-scale VR will run you around $70 more than a Vive, and $520 more than a PlayStation VR bundle and $160 more if you buy a whole new PlayStation 4 to go with your VR headset. This is even assuming you have a PC that can run VR.

Unless you really love the Facebook brand of products, the many tech loopholes that allow you to play Oculus games on the Vive means there’s no reason to stick with the Rift unless you’re dying to play Lucky’s Tale.  Also, maybe you don’t need to buy a VR headset right now? Virtual reality still needs a little more time in the oven, at least to the point where the pixelation has been dealt with. The Oculus Rift is a mildly uncomfortable, barely finished, expensive video game platform with a handful of interesting exclusives. Your friends will love it (mine certainly do), not only because VR is inherently cool, but also because they get to mess around with the Oculus without dropping the cash. Maybe being the cool techie in your social circle is reason enough to entice some people, but it’s not mandatory if you’re only curious about virtual reality.

The Oculus Rift is not mandatory if you’re only curious about virtual reality.
REVIEW SCORE
6
File Under: Oculus