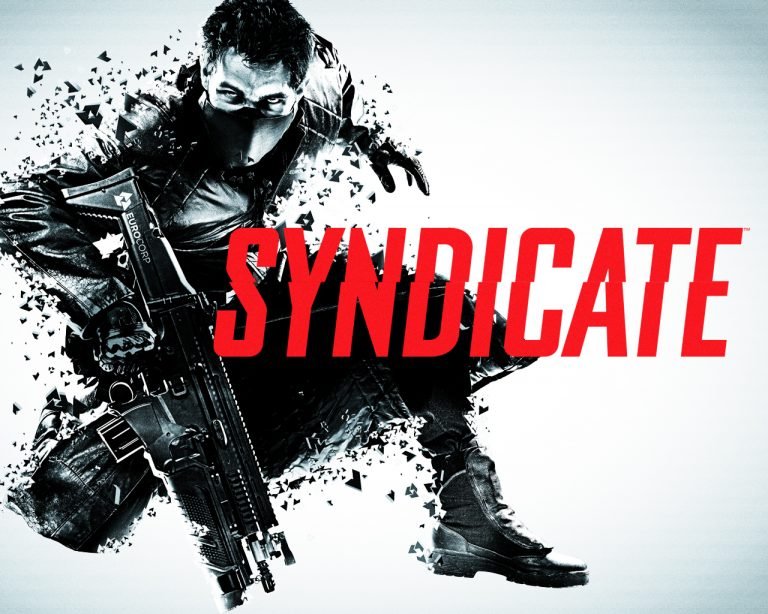 The cyberpunk genre is ripe with opportunities to tell stories of a dystopian future overrun by technological innovation; Ridley Scott’s Blade Runner explored what separates a machine from humankind, the Deus Ex series touched on the moral issues of augmenting human abilities. Now, Starbreeze’s reboot to the Syndicate series, besides being the first FPS of the year, tries to follow suit only and finds itself with a mixed but enjoyable final result in the process.

During the course of Syndicate’s campaign, the developers behind The Darkness and Riddick’s more successful interactive adventures take players to the year 2069. There are hover-cars, building-sized billboards, dilapidated tenements to fight through, and a sprawling urban future that is one giant, corporate mess.  This is a future run by corporations specializing in cybernetics and electronic warfare. It’s because of the DART chip, an invention that allows these corporations to start connecting people to their electronic devices, causing a war between three household names – Aspari, Cayman Global, and Eurocorp.

Eurocorp’s new chip, DART 6, grants their operatives enhanced combat abilities during a rush of adrenaline, and is implanted in hero/guinea-pig, agent Miles Kilo. Agent Kilo, and the rest of Eurocorp, are at the centre of an explosive corporate takeover with a few clever turns before the last shell casing has a chance to bounce off of blood-soaked marble floor.

Without question, Syndicate has enough futuristic sights and sounds to keep players entertained through its 20-mission long campaign. Though there were many times when I felt that the pieces, and potential, were there for a game that could have been much bigger. The actual gameplay is a lot of fun and does a fine job of rescuing Syndicate from what could have been a very average first-person-shooter.  From the tutorial level that opens with a sucker punch to the face—literarily—to the final showdown at corporate headquarters, I found my head spinning over the attention to detail Starbreeze pumped into a reboot of a top-down real-time-strategy game from the early 1990s.

Shooting controls are fairly standard affair with a couple of clever mechanics to spice things up. Taking cover behind an object of medium height allows you to automatically peek over your vantage point without exposing yourself completely (though this does not work if you try to lean out from side to side), and pressing the cover button while sprinting makes you slide along the ground just long enough to avoid getting shot at. The core of an adrenaline-filled shooter is there, but the real fun doesn’t start until you take into account the DART overlay and the ability to breach objects and other agents in the world. Being an agent implanted with cybernetic chips it’s no surprise that your heads-up display keeps constant track of your abilities and situation. The DART assesses and informs you of your surrounding environment – whether it’s a wall you can bust through or a collectable item you’ve been searching for.  One press of a shoulder trigger is all it takes to activate the DART. When active, the world slows down around you, devolving into a wireframe model where enemy locations remain highlighted regardless of walls or other cover. The other trigger activates your currently selected breach power, which is equal parts lifesaver and unfair advantage when it comes to dealing with squads of enemies. Certain weapons complement these high tech augmentations, like a gauss rifle that shoots around corners, and a rocket launcher that deploys mini rockets in mid-flight.

There are also special “breach” abilities, like Persuade, forces an enemy to fight alongside you before turning the gun on himself. Then there’s Backfire, a non-lethal breach that jams weapons long enough for you to get up close to your prey and perform a satisfyingly brutal melee finisher. These can be upgraded through the course of the campaign to increase duration and effectiveness. And there’s the usual upgradability to your armour, health, and overall effectiveness against multiple enemies. Other breaches are more context-sensitive are used to traverse through environmental puzzles, as well as short-circuit enemy shields – which you’ll be thankful for especially in later levels. Add bullet-time, dubstep, and fantastic voice work from the likes of Rosario Dawson, Brian Cox, and Michael Wincott and you should have yourself a game with plenty of buzz about it, right?

Well the truth is that the narrative aspect of things is where Syndicate loses a lot of the momentum it sets up in its opening stages. The world appears to have a lot to see and do but the freedom is an illusion. It ultimately boils down to fighting your way from point A to B while occasionally taking a break to watch an expository cut scene or participate in a non-violent intelligence gathering operation. There are some minor visual nit-picks as well, with the pre-rendered opening cut scenes filled with noticeable grain—the same kind of grain you usually see when dealing with bad video compression. In certain cases, in-game collectable documents can be hard to read as there is a lot of grey text over a black background.

What I would have liked to see is more—of everything. There are in-game emails to read and tongue-in-cheek corporate humor to enjoy, but the world itself comes off as feeling very small and full of wasted potential. The other corporate agendas and locations are never fully explored while both Wincott and Cox’s characters sounds like any other movie villains they’ve played during their acting careers. Overall, it’s a ton of awesome to play through and if the potential for a bigger game exists in there somewhere then I expect the sequel to do just that.

Well the truth is that the narrative aspect of things is where Syndicate loses a lot of the momentum it sets up in its opening stages.
REVIEW SCORE
7
File Under: Action, Adventure, cyberpunk, PlayStation