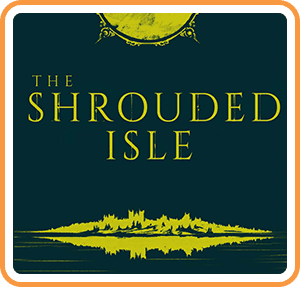 From the moment it begins, it’s clear that The Shrouded Isle is a game focused on misery. Ignorance and religious fervour are rewarded, while a desire for higher education and asking questions are signs that the person in question is the perfect choice to sacrifice in the name of an ancient, eldritch god. It is sickly and bleak in the spirit of H.P. Lovecraft, splicing horror with  mundanity in a way few games are capable of. It may be rough around the edges and a bit tedious at times, but it’s still a morbidly fascinating game.

Set in a miserable little town that is as backwards and unfriendly as they come, you play as the high priest who must manage the town in the final five years leading up to the return of an old god named Chernobog. It must be appeased properly in order to begin the apocalypse, which means you must appoint advisors from the town’s five leading families to manage such flaunted virtues as Discipline, Fervor, Ignorance, Obedience, and Penitence. Of course, everyone is still a sinner, and with each passing season you must sacrifice one of those advisors to satisfy the townsfolk and Chernobog’s bloodlust. It is destined to end in tragedy, and you’re the captain of this bittersweet ship.

In practice, you must appoint five advisors each season, each of whom has particular personalities, virtues, and vices that are randomly generated with each session. However, with few exceptions, those traits aren’t known and must be either deduced or investigated. A masochistic advisor will whip up fervor among the populace, but they may also be too knowledgeable, and ignorance will suffer as a result. On top of this, each family has their own relationship with you that can be weakened by ignoring their advice or advisors and by sacrificing them at the end of a season. Too poor of a relationship, and they’ll revolt. Add in the occasional whisper from Chernobog—who asks you to root out a specific villager—a plague that makes it entrance in the mid game that causes people to develop new vices—the cure to which can sometimes turn those afflicted into amphibian abominations—and you have one challenging task ahead of you. The Shrouded Isle relies on your ability to manage multiple attributes, and despite the tension it is rather compelling.

The eeriness is furthered by the monochromatic colour palette, which by default is a bile yellow and black that makes the horrific actions you perpetrate all the more harsh. Other colour options are available, with such morbid names as “the deeps” and “cremation ashes”. The audio, too, does plenty of legwork, as every note emphasizes just how off the families are and how evil lurks just beneath the surface of every home.

As aesthetically appropriate as the visuals and audio are, it’s disappointing that there is so little flavour text in the game itself. Random events reoccur frequently across multiple playthroughs, and there’s little personality to the families and villagers apart from the occasional one-off lines. I wanted there to be more depth to the story and characters, as The Shrouded Isle has such a strong premise. Instead, at its worst, it often feels like you’re managing a spreadsheet. Before long, the novelty of the setting will wear off, and you can’t help but feel that it needs something more to carry it to the end.

It’s fortunate that the dreary aesthetic and the challenge that comes in managing so many disparate elements makes The Shrouded Isle worth experiencing despite those qualms. There’s plenty of evil to be uprooted here, and this morbid cult simulation is one I enjoyed spending time in, season after season.