The Transformers are one of those properties that has enjoyed a unique, almost incomprehensible staying power with generations of children, not just the ones growing up in the 80s. Whether it was the original first generation, the Beast Wars/Machines antics or the new Transformers: Prime series, the robots in disguise have been selling toys and appearing in ‘toons for nigh on 27 years now. They also finally got a successful game adaptation in 2010 and the new sequel manages to keep the momentum going.

Fall of Cybertron follows from the events of the self-contained continuity that was War for Cybertron. The Autobots defeated Trypticon, but the victory was pyrrhic at best since Cybertron itself is on the verge of shut down. The inhabitants of the planet have been fleeing their desiccated world in ships and only one great ark remains. Optimus Prime and his remaining warriors mean to be on it, while Megatron continues his crusade to rule a dead world and destroy all who oppose him just on principle. Does Megatron’s innate 80s villainy make any sense in this game? Nope. Would a Transformers fan have it any other way? Nope to that too. Although Fall of Cybertron takes place within its own continuity, it borrows heavily from the G1 universe its target audience—men who are children at heart—will be most familiar with. You don’t have to have an encyclopaedic knowledge of the Transformers to know what’s going on, but it sure helps a lot if you remember what jerk Starscream was in the old cartoons.

Obviously the game looks at its best when played on the PC, but the console versions are no slouch in the looks department either. Unreal Engine III is once again called to action for the graphics, and this time the usual woes of blurry textures snapping into proper resolution a few seconds too late is kept in better check. There is some occasional slowdown, but during the review playthrough only one session ever yielded a drop in frame rate so serious it bordered on a slideshow. The rest of the time performance sat at a comfortable 20+ to 30 frames per second, well within the acceptable range for decent action play. The art direction carries over from the predecessor; it’s a shiny, more elaborate interpretation of classic G1 character designs although some transformations—like Megatron shrinking into a Walther P38—have been ignored, and others—like Soundwave still turning into a boombox—are left hilariously intact but unexplained. It’s a good looking game, but since it takes place on Cybertron, don’t expect any lush jungles here.

The audio department maintains the same quality as the previous game, with Peter Cullen still taking up the bassy mantle of Optimus Prime, so all is still right with the world. Other voice acting veterans include Fred Tatasciore and the almost obligatory Nolan North appearance, but Cullen is clearly the star of the show. The music strikes the “epic orchestra” tone you’d usually expect from war-centric title, although this being the Transformers, there’s a certain nerdy hope that Stan Bush’s iconic song will make a cameo, and it does. Being a shooter, the sound effects take advantage of a surround sound system, but it doesn’t necessarily make your subwoofer work out. Bass is represented here, but not heavily, so there won’t be any shaking of floors or walls in the way that some movies or FPS games are capable of. For the most part Fall of Cybertron’s audio represents the franchise well, although some may say it unfairly “wins” by invoking a lot of familiar quotes from the original G1 animation, particularly the 1986 movie.

There’s a formula in place now, so no real surprises here. Transformers: Fall of Cybertron is the same 3rd

person, over the shoulder, non-cover-based shooter that its predecessor was, and the controls and overall combat feel similar to that first title. Shooting consists of an arsenal of one primary and one secondary/heavy weapon with some additional modules that can be activated for extra damage and/or defense. Money is acquired throughout play to upgrade weapons or buy perks, both of which carry on as permanent upgrades for subsequent playthroughs.

Where the game tries to mix things up—at least in the single-player campaign—is adding some variety to the missions. You’ll still play half the game as the Autobots and the other half as the Decepticons—with some frantic switching between sides in the closing chapter. Each robot you take control over will have different special abilities to give them some uniqueness. Cliffjumper can cloak for stealth takedowns, while Jazz has an energy grappler for pulling objects down as well slinging himself Spider-Man style towards distant, otherwise inaccessible plateaus. Unfortunately the game also doubles up on these abilities across factions, so when you switch over to the Decepticons in the latter half of the game, you’ll find that Starscream can also cloak and Swindle of the Combaticons can also grapple. 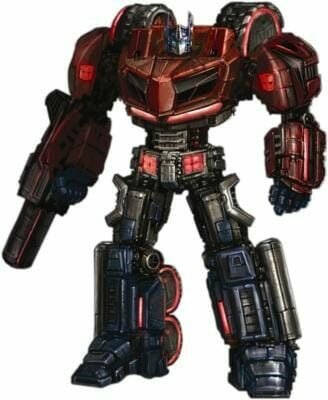 The gameplay itself is competent, and, like the first game, not exactly polished to a brilliant sheen. It works, and there’s nothing particularly broken about it, but the level design never rises to the occasion, creating brilliant setpiece moments like those seen in the top class of the genre such as Uncharted or Gears of War. The game isn’t going to distinguish itself with a level fighting on a moving train or a ship on a storm-tossed sea, but where it is going to make waves is in its use of the franchise. The real selling point here is not the brilliant gameplay, so much as the ability to finally play around in the world of Cybertron with iconic Transformers. Grimlock, for example, has featured prominently in the trailers leading up to release, the game follows a similar build up in its pacing before finally allowing you to cut loose and use the much loved Dinobot. Other moments that play to fan fantasies are watching Metroplex in action, controlling Soundwave and his various cassette companions like Laserbeak and Rumble, and finally, stepping into the massive metallic shoes of Bruticus, the combined form of the Combaticons. The key here is not that these sequences are blowing us away with their originality, so much as they are taking key fantasies of Transformers fans and not screwing them up. Playing as Grimlock or Bruticus has the feel of a powerful character that can crush nearly all opposition, while Soundwave has been coded in with thoughtful little fan service touches such as actually being able to pet Laserbeak. These are not the features the game player necessarily wants, but they are inclusions that show High Moon are clearly fans of the property themselves and are unashamed to share that geeky joy with their audience.

Finally, there is multiplayer, and here, High Moon has taken an “If it ain’t broke, don’t fix it” attitude. You can still create a Transformer, there’s still a CODish levelling mechanic that allows you to unlock new parts and skills for your combatant. There’s still the usual array of match-types, including “Escalation,” the Horde Mode that’s been so ravenously plundered by almost any game that features a multiplayer component. There really aren’t any surprises, but when one of the best things about the game is the multiplayer—and that hasn’t changed—then that’s a good thing. Transforming still comes into its own in multiplayer, proving to be both cool and useful, and there’s something to be said for providing aerial fire support to your Autobot team-mates on the ground, only to change back to robot form to drop down in front of someone and finish them with a melee move after harrying them from the sky with missiles.

The bottom line is Transformers: Fall of Cybertron is made not for gamers, but specifically gamers who love and remember the G1 Transformers. Without that context, what you get is a competent if unremarkable shooter, with a surprisingly good multiplayer component. With that context, you get one of the better games of 2012, with a wealth of winks, nods and references to a childhood memory you really have no right to remember so well almost 30 years later, but do anyway. If you can still laugh at robots arguing over whether one of them is full of Beryllium Baloney versus Cesium Salami, then this is a game that will serve you well in your private moments of shame-laden, guilty pleasure. It makes no great changes to the mechanics of its 2010 predecessor, but serves up a functional game in which to live out your mechanized, transforming, childhood fantasies.

Fall of Cybertron follows from the events of the self-contained continuity that was War for Cybertron. The Autobots defeated Trypticon, but the victory was pyrrhic at best since Cybertron itself is on the verge of shut down.
REVIEW SCORE
8
File Under: Action, Adventure, PlayStation, Shooter, Transformers