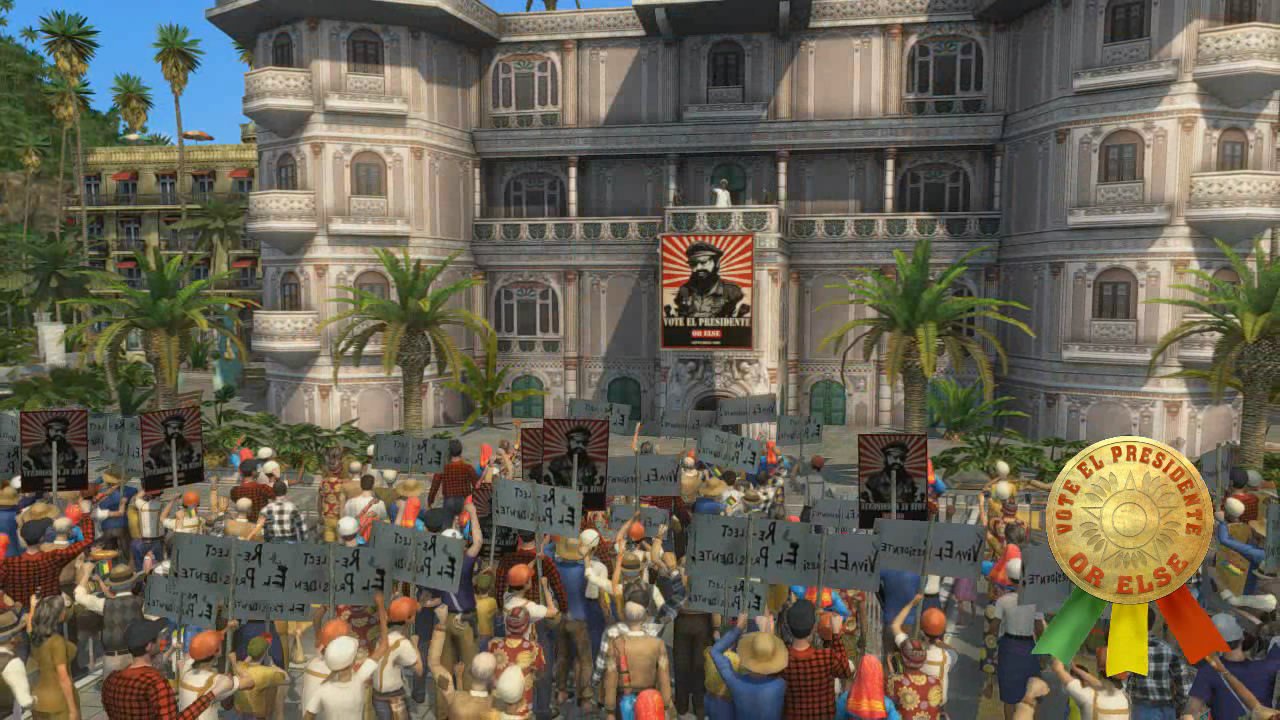 The Tropico series has a pretty bizarre history. The first game of the series came out in 2001 and received critical acclaim for its fresh take on the city-building genre. In 2002, Tropico received an expansion called Paradise Island to fix some of the smaller issues with the game.

Released in 2003, the second Tropico title is where things get strange. Instead of building on what the first entry in the series did, publisher Gathering decided to go in a different direction and hired a new developer to create a pirate-themed city-building game. The concept was unique, but it was ultimately a step back from what the first game offered because it lacked some of the depth that was already put in place.

Flash-forward six years, add a brand new publisher and developer in Kalypso Media and Haemimont Games and you get Tropico 3, a game that is more like the direct sequel to the first Tropico than the swashbuckling detour the series took with the second one.

Tropico 3 plays a whole lot like other games within the city-building genre where you must achieve certain population goals, or export enough of a certain product by planning out and constructing a city with optimal buildings within it so you can complete whatever specific mission task has been set out for you.

However, that’s where the similarities between Tropico 3 and other city builders end. What makes this game so unique is the fact that the game tasks you as being the dictator of a banana republic during the Cold War era.

As such, on top of all of the normal tasks of just managing the city that you are constructing, the game has a very deep political layer to it that can involve outside factors affecting how you govern your little tropical paradise such as the threat of revolutionaries rising up to depose you, the constant threat of the USA and USSR invading your lands and even local businesses looking to offer you bribes so they can get a competitive advantage over other shops on the island.

You can also issue policy edicts to do things such as eliminating elections all-together, cutting into profits the island makes to be added to your personal Swiss bank account, or to even burn literature that speaks ill of the way you rule. These edicts do come with a penalty, however, so it is important to think about the repercussions of your actions before you decide to put one of them into play.

With so much to worry about, balancing everything perfectly is almost an impossible task. Thus, before a scenario begins you can select what kind of dictator you want to run the island that you will be tasked with. There are pre-made avatars such as Fidel Castro and Che Guevara, or you can even decide to make your own despot.

Selecting the right leader is important because, depending on whom you pick, your strategy will change drastically due to the fact that each different character comes with a set of four advantages and flaws that can affect what sort of standing you have with various political factions that are present on your island, what sort of relations you have with the USA and USSR, how smart you are with money, etc. In the case of the custom character, you personally pick the traits of the character.

The heavy political coating that Tropico 3 has is the game’s defining and most interesting characteristic, however, it’s complexity is pretty difficult to wrap your head around when you’re first starting out even if you’re a veteran to the genre.

As far as content goes, there’s a 15-mission campaign mode that progressively ramps up in difficulty, a sandbox mode that has a bunch of pre-determined maps and just lets you build a city without any specific goal in mind and custom challenge missions that can be downloaded for free – you can also create and share your own scenarios.

Even better, the definitive version of the game, Tropico 3: Gold Edition comes with the expansion Absolute Power packaged in with the original. This expansion comes with new edicts, new dictators to play and 10 more campaign missions where the objectives are a whole lot wackier than in the original; i.e. dealing with a rift in time and space.

In terms of presentation, the game looks great, particularly when you zoom out to admire the island and take in the lush jungle foliage that surrounds your city. The sound has been constructed to be an important factor in the gameplay, with radio updates given to let you know what the people think of you and hints given to solve their unhappiness. Unfortunately, the music isn’t all that great. The same three or four songs are constantly recycled, and even though the songs’ Latino-flavoured melodies are pleasant when you first hear them, it can get tiring having to constantly hear them repeatedly.

Tropico 3’s deep political elements make for a fun and unique entry in the city-building genre. However, a fairly steep learning curve to grasp how to politically juggle everything effectively will try the patience of many players. If you can get past that initial barrier though, there’s a whole lot of tyrannical fun in the sun to be had here.

Tropico 3’s deep political elements make for a fun and unique entry in the city-building genre. 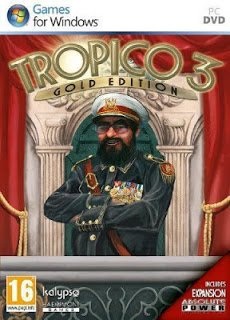