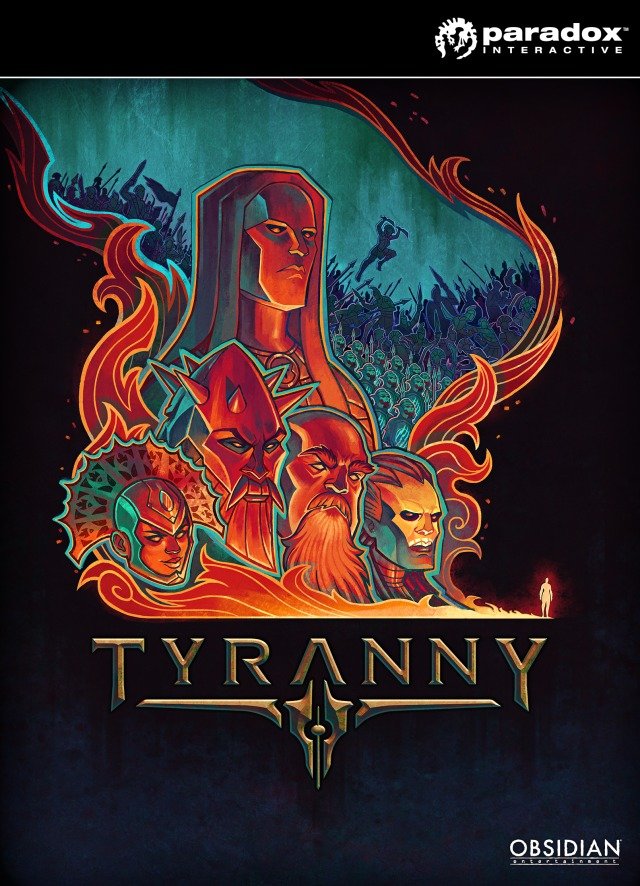 Tyranny couldn’t have come out at a better time. 2016, in many respects, has been a thoroughly awful year for countless people. While we’re on the home stretch, there’s still a little time left for the fates to wring us out a little more. Obsidian’s latest CRPG isn’t some uplifting, inspiriting tale, though. In fact, it’s often ambiguous and frequently cruel. Yet it’s somewhat cathartic, in this awful year, to play something so willing to “go there,” so to speak. Something willing to show evil in all its intricacy, its ruthlessness, its steadfast wrongheadedness.

Because sometimes, you don’t want to feel better—you just want to sit with it for a while.

From the outset, Tyranny lets you do just that. After creating their character from a modest set of creation tools, players are thrust into a “Conquest.” This board game-esque series of choices will shape the narrative, from what kind of character players have made to what sort of world they’ll explore. Regardless, however, there is something notable at the outset: despair. In the name of an ancient evil known as Kyros, players conquer a series of kingdoms and shape the land, then watch as the world falls. Two bickering factions serve under Kyros, but butt heads every step of the way. As for everyone else, they’re scattered into different territories, fighting to hang on to whatever little they have left. Players will set out to restore order to the land, under the banner of Kyros. That means killing or enslaving (or both) whomever you come across, trying to balance out the two main factions while serving your evil overlord boss.

Yes, this is a game in which the lesser of two evils is often forcing them into labour camps or becoming foot soldiers. It’s dirty, wrong, and all kinds of messed-up. Along the way, players can occasionally take the moral high road, like allowing innocent villagers to escape or negotiating with faction leaders. Yet this pales in the face of the evil players are forced to choose from. Killing a woman, torturing her, enslaving her, or testing her loyalty by forcing her to kill her friends? Burning a village, capturing its inhabitants, or killing everyone systematically? Cleaning up after Kyros and trying to maintain order is disheartening business. It’s a dirty job, but someone’s got to do it.

But, in this writer’s opinion, Tyranny’s narrative would be absolute trash if people were cast as a rebellion leader. It’d be the same generic guff we’ve been playing for decades. Where it succeeds, then, is in its inside view on the horrors of totalitarianism. Kyros has ruined the world, and players have helped him. But after the conquests have ended and the regimes have been toppled, they have to face the horror of picking up the pieces. Players must watch the suffering of innocent people, often causing it. They must watch the human (and sometimes not-human, thanks to a cool humanoid beast race) spirit be crushed at every possible turn, and players have to be behind it. By forcing players into this immoral path and making them think about their part in it, Obsidian has crafted one of the more interesting gaming narratives out there.

As it turns out, empowering players to fight evil in videogames will only take one so far. Sometimes, slipping into the role of evil and pushing it to its logical extremes can give a person more pause.

Tyranny isn’t just a great story, though, it’s also a pretty bang-up CRPG, complete with all the fixings you’d expect. Elaborate stat charts, skill trees, and movesets permeate the entire experience. The combat plays out in real time, but the action can be paused at any point to select a character’s next move, giving players the best of both worlds. Skills are also distributed pretty evenly among the characters, meaning a healer can have a devastating physical special, or a tank can use some next-level magic. Also fun is the ability to partner up characters for devastating combos, a la Chrono Trigger.  For example, the player-character can explode the ground below an ally, sending them flying into the air to unleash a flurry of spears. Little flourishes like this, on top of the well-balanced difficulty, make Tyranny stand head and shoulders above the competition, giving even the Divinity franchise some stuff to learn from.

Overworld navigation is handled through a map. To move from one location to another, a certain amount of time must pass in-game. Later on, this becomes a crucial mechanic, as main objectives are often timed. Move around and dilly dally too much, and a player’s laziness can have some pretty serious consequences. Personally, I liked this sense of urgency being added to the game, and it trimmed down on some of the fat found in many role-playing titles. That isn’t to say there aren’t a healthy number of ancillary things to do, because there is—it’s just that there’s often serious impetus for getting things accomplished and not slacking off.

Visually, Tyranny looks a bit similar to Obsidian’s Pillars of Eternity, which is understandable considering it’s based on the same engine. Which isn’t necessarily bad—Eternity’s still a pretty crisp-looking game, some doofy character models notwithstanding. That said, Tyranny definitely manages to carve out its unique art style through cutscenes and character art. Also, props must be given to the developer for making Tyranny as inclusive as possible, with people of all races, sizes and genders having crucial roles to play in the magical apocalypse.

Tyranny is the game I needed this year. It let me wallow in a year’s worth of misery, made me ask serious questions about authoritarian leadership, and provided a deep, engaging CRPG that I’ll be spending a lot more time with in the coming months.

Tyranny is an exercise in depicting humanity’s worst facets, and it does so in a nuanced, interesting way while being an engaging and accessible CRPG.
REVIEW SCORE
9
File Under: Obsidian, Paradox Interactive, RPG