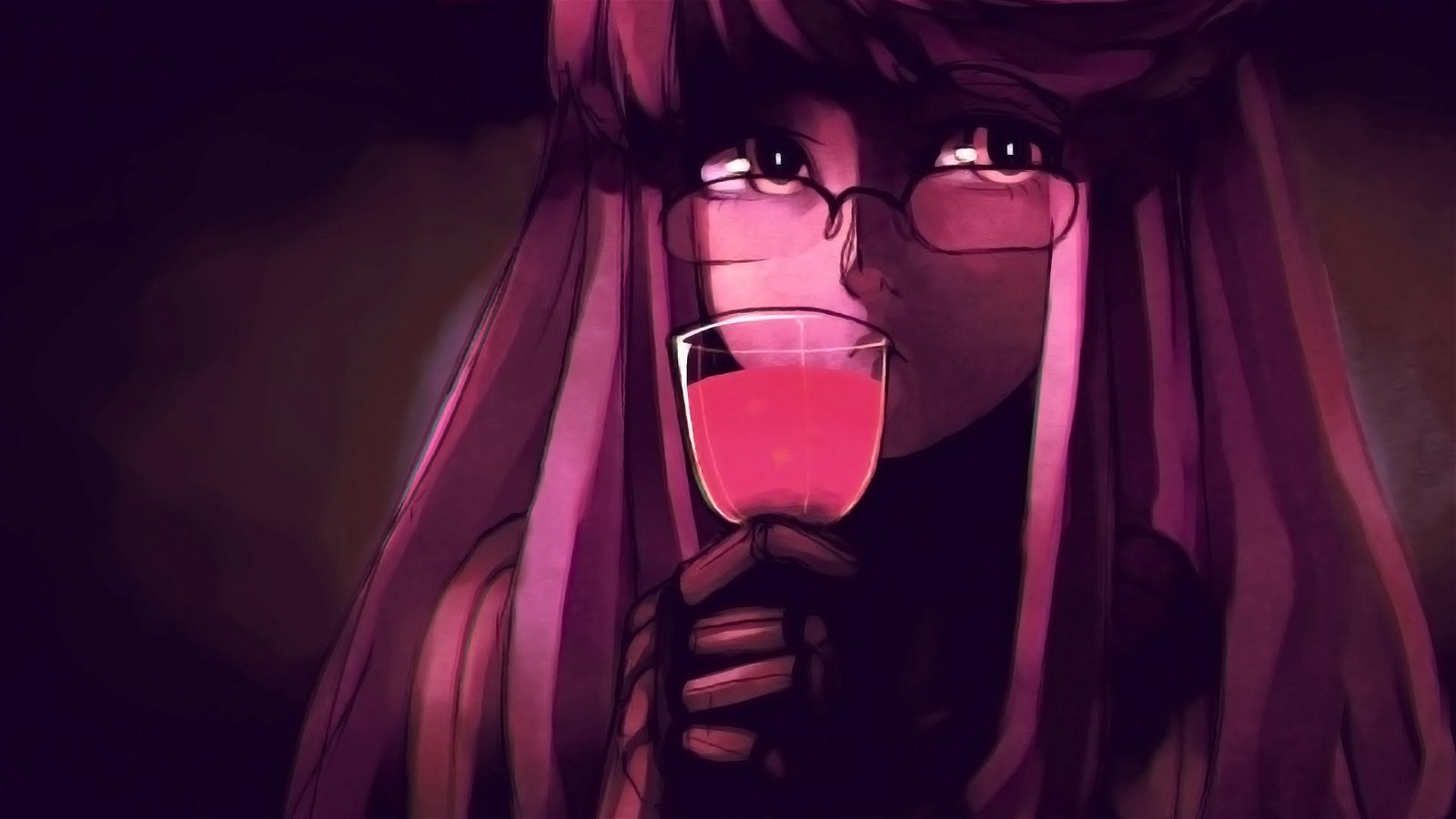 Larger-than-life experiences are a staple of many games, and for good reason. Nobody is going to raid a tomb, steal a sports car, or shoot a demon in their daily life. Games let us do all those things, and then some. When a market becomes saturated in spectacle however, some might crave something with a bit more nuance to it. Something smaller, more intimate, and humanistic. Where you don’t pull off an elaborate headshot or outrun an explosion, but instead sit and chat about life, death, love, and everything in between.

This is what VA-11 Hall-A is about. An experience where players get to simulate the quiet intimacy of genuine human interaction, sans the pretentions of many “art” games. At its core, it is a game about talking, and a game in which the goal is to get people to talk more to Jill, the player-character.

Jill is a bartender at a dive bar nicknamed “Valhalla,” one that reeks of “dog urine and hand soap.” It’s a bar that happens to be located in a futuristic dystopia of a society, where hackers engage in large scale cybernetic warfare, and a Big Brother-esque police force called the White Knights maintains order—when they’re not sometimes turning on their own. Your part to play in this, though, is relatively small. Because, ultimately, Jill’s tale just boils down to trying to live her life out in peace while mixing drinks for a diverse mélange of characters, most of whom are agents of change in the world.

In VA-11 Hall-A, the only way to find out more about these characters’ lives and to spark friendships, or even relationships with them is through mixing drinks. There are no options to simply click a line of dialogue and see where things go. Jill has to take their order, then decide whether to make it as-is, add a little more kick, or mix something different entirely. What you make and how you make it directly impacts where a conversation will head.

Considering this is the only way to influence the narrative, it comes as a relief that the drink-mixing mechanic is charming and fluid. Once you understand which ingredients do what, it’s easy to fall into a rhythm and start mixing the fictitious beverages like a seasoned pro. During my time with the game, I started committing the cocktails and their ingredients to memory, becoming immersed in serving drinks and altering the plot.

“Alter” is the operative word here, because the outcome of the narrative changes significantly based on what you prepare. If you play your cards right, Jill will learn about the connection that certain characters have between each other, how they feel about each other, what they think about the state of society, etc. It’s easy to give the customer what they want, but a little experimentation at the right time goes a long way and leads to a more fulfilling, enriching narrative.

In fact, I’d go so far as to say that VA-11 Hall-A has one of the most fulfilling narratives of 2016. The myriad ways in which it explores human sexuality, emotional fragility, and the consequences of surveillance through a deeply humanistic lens is nothing short of fascinating. Sukeban Games bills their title as a “waifu bartending” game, but it’s a lot more. Without going into spoiler territory, this title goes places I never thought games would dare to, or even could, tread, such as the ethicality of sex work, or intimacy involving perceivable minors.

Not only is the narrative—with all of its outcomes—riveting and emotionally involved, but it also forced me to challenge and reassess my subjective worldview. This is a game that can, depending on your disposition, change your life, which isn’t something to take lightly, nor is it something 99 per cent of games can claim to do.

With an aesthetic influenced by MSX-90 titles, and a soundtrack that has roots in 80’s J-Pop and 90’s RPGs, VA-11 Hall-A is retro futurism at its finest. Not only is it a title with an original and novel concept, but it manages to push players out of their comfort zone, and to potentially question the way they live their entire life. It is, without question, one of the finest examples of art in gaming that I can think of.

VA-11 Hall-A is a funny, thought-provoking, and sometimes tragic work of art, with truly original gameplay and a beautiful aesthetic unlike anything else on the market.