I imagine the pitch for Valley was something along the lines of, “a gritty first person Sonic the Hedgehog game” because that is the easiest way to describe it, and it certainly shares much with the Blue Blur.

First off, the level design and gameplay (while in first person) share a lot in common with Sega’s famous franchise. There are sections where things are a bit slower, and you’re tasked with taking down some enemies using your arm cannon, or maybe solving a puzzle, and then you’re rewarded with a section where you get to run fast and jump great distances. While doing this you aren’t just going human speed, oh no, you’re equipped with a LEAF suit early on in the game that lets you run and jump extraordinarily far. You know how in some FPS games (looking at you Halo) the physics can sometimes be abused or go wonky allowing you to jump great distances or move really fast? Imagine that but on purpose. It never gets old, and neither do the other parts of the game.

The LEAF suit not only gives you superhuman abilities but also allows you to take or grant life to any living thing in the valley, including animals and trees. If your life is depleted the suit will bring you back at the cost of some of the other lives around you, but you’re able to simply pump life back into things again. Doing so restores the valley’s overall health, which in turn equals your health. So again, just like in Sonic, you’re helping wildlife and being a Good Samaritan. The suit eventually gets upgrades that allow players to move around in even more imaginative ways. Every time I thought, “I hope I get an upgrade that allows me to do this”, it ended up being in the game. Without spoiling them all, one particular upgrade allows you to swing between objects much like the arm in Bionic Commando, using the momentum to jump insane distances.
https://www.youtube.com/watch?v=7Ub90FYp-oY
You play as a person (male or female, your choice) that is searching for a mythical object called a life seed in a remote valley where the government has been conducting research. Once there, you begin to uncover experiments, rumours of weapons, and of course the previously mentioned LEAF suits.

The plot of Valley is surprisingly deep, for those that want to experience it. Much of the story is told through audio recordings that play from the LEAF suit as you advance through the game, with tons more available in the notes found scattered around the levels. Unlike many recent games, where the notes consist of barely legible text, when looking at a note in Valley the text floats above it as if written in the air. While it may be a small touch, it goes a long way to making the text-only bits of the story far more approachable.

While the ability to fast travel to different parts of the valley exists, the game remains a mostly linear experience. The levels range from a big open green valley to caves, warehouses, and industrial settings (even more Sonic similarities) with each feeling like a unique level even though they are all connected. They are designed in such a way that encourages weaving in and out of different sections as you gain abilities and progress, however, that doesn’t mean you’ll be backtracking. On the contrary, the level design has you ending up back at places you’ve already been while still advancing through different parts. Easily some of the best level layout I’ve seen this year.

I absolutely loved Valley, but that isn’t to say there aren’t a few niggling issues. One of the interior levels can be a bit dark—enough that adjusting the gamma didn’t do much to help. Not dark enough to get lost, but definitely dark enough to be a minor annoyance. The Xbox One version of the game doesn’t look all that visually appealing with mostly browns and greys as the dominant colours on the screen, and it only runs at what I’m perceiving to be around 30 frames-per-second. While I haven’t played the PC version it does appear to be easier on the eyes and runs at 60fps. The meat of the game is satisfying platforming and puzzling, but there is a boss fight at the end seemingly because that is just what video games do, as it doesn’t really add anything to the game. 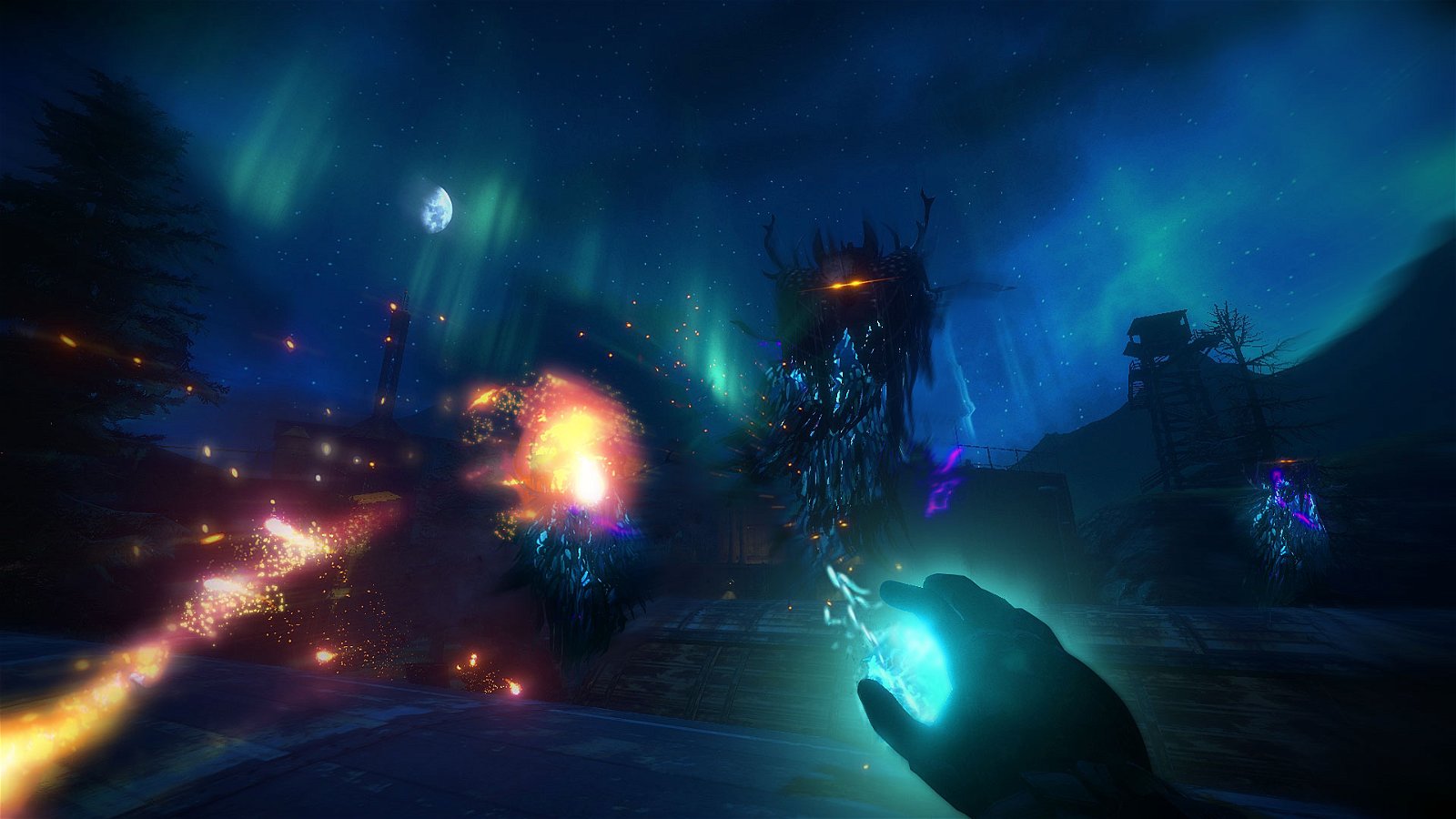 Valley is one of the sleeper hits of the year, as it apparently slid under most everyone’s radar even with it being available on most of the major platforms. It is the closest thing we will probably ever get to a gritty first person Sonic the Hedgehog game and well worth the $20 asking price.

Sonic the Hedgehog and Bioshock had a lovechild and named it Valley, a sleeper hit that deserves your attention.